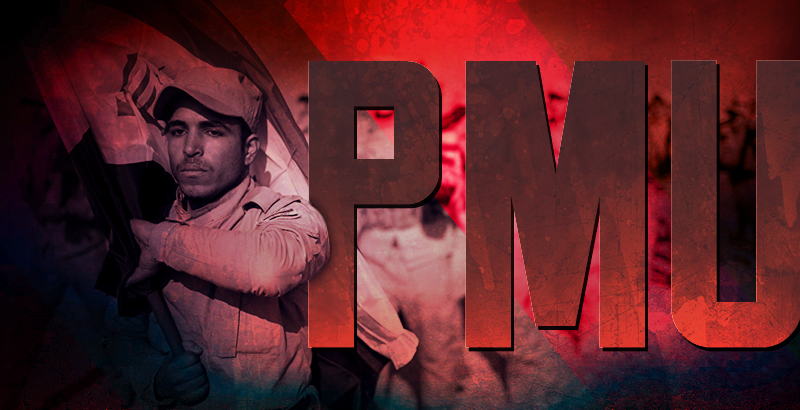 On January 6, a commander of the Iraqi Popular Mobilization Units (PMU) was seriously wounded in a suspicious attack that left his enter family dead.

Unidentified gunmen, at least four, raided the commander’s house in the district of al-Alam in the western part of the Iraqi capital, Baghdad, in the early morning hours.

The gunmen, who were reportedly armed with silenced guns, left the commander Ahmad Abd al-Muttalib Abd al-Razzaq, 41, seriously wounded. However, they managed to kill his wife, 32-years-oled Ola Khazim Hasan, along with his three children Baqqer, 14, Khazim, 8, and Hassan, 7.

Abd al-Razzaq was not able to call for help when the gunmen left. He laid wounded near the bodies of his wife and children until the afternoon when his friends came to check on him. Only then, first responders were called in.

According to Iraqi sources, Abd al-Razzaq is a low-ranking commander in the PMU’s 45th Brigade which is preserved for the members of Kata’ib Hezbollah.

Iraqi security forces and the PMU are currently investigating the attack. Meanwhile, Abd al-Razzaq is still recovering from his wounds.

The attack was not likely carried out by ISIS, whose presence in Baghdad remains minimal. Some observers speculated that the attack may have been a US intelligence operation gone wrong. In the last few days, several attacks targeted American troops in Iraq which explains why such an operation would be carried out now. However, as for now this scenario remains highly unlikely.

Americans or Israel,child killing is their trade mark

Once they figure out who it is, the revenge is going to be big. I can’t believe they targeted a women and her children May the Rest In Peace, Allah Yerhamon

The Wahhabi – Kurd – Zion, and yanquis are against PMUs. They are all also known for coward assassinations.

And the common Iraqis who don’t want Iranian interference.

That is what Zion says 24/7 and you are no different.

Okay, kiddo I don’t want to be mean to you. But start using google before talking about things you don’t know. I told you before and I’m saying it again, you don’t need to be the clown in the room. If you don’t know about different things don’t comment about them. I have dealt with special kids, like you before.

1. You are not fooling anyone here. You are the clown that we laugh at. 2. You have no clue about the Ba’athists party (I’m sure you have no clue about the ideology of it as well), the same goes for the Iraqi Liberals party. You don’t know what you are talking about at all. You could really work on your comebacks. Good try tho. 3. Do you see any of us saying what we want other people to do from different countries? No, because we are not children like you. You are not Iraqi nor do you have any clue about them, do you have an Iraqi friend? I do, does that mean I can speak on behalf of him? NO. Now let’s look at you clown who sucks all of Zion dry, on what ground do you stand? Let’s read your comment again and prove to you how one side moron you are.

“And the common Iraqis who don’t want Iranian interference.” 1. You didn’t include yanquis, don’t leave them out they are attention seekers like you. 2. Your comment sounds like that a common Iraqi wanted this family to be killed and him. (I let you go for that one, your English is better than Jens but you can still work on it). 3. HE IS IRAQI NOT YOU. It is HIS country NOT yours. Do you understand child?

It is useless to talk with clueless people, no one does it and I’m no different. The best way to piss an attention seeker is to ignore them. I told you before to stop commenting under my comments, you add nothing. Just another crying baby sucking on Zion and Wahhabi terrorists thinking that is “cool”.

You are fixated on one subject. Iraqis dislike Americans and Iranians equally. When did I say that Iraqis want Americans.

Israel is ally of Greece. lol

Jump around like a donkey all you want. And your childish argument is laughable, you don’t understand what you are saying at all. You can’t read, that is a fact nor can you understand English. “You didn’t include yanquis” Did I say you sounded like Iraqi want yanquis? How stupid are you? I mentioned how one-sided you are, “don’t leave them out they are attention seekers like you”, I even said that. May God help you during your studies.

You are clueless, I said it before and I’m saying it again, stop talking about things you don’t understand. You sound like a clown.

“Israel is ally of Greece. lol” laughing at yourself, oh you poor child, “an ally” he says. You grow up and leaner about history kiddo. There isn’t such thing as an “ally” a powerful country doesn’t need any “allies”. I feel like punching a kid but by words. How clueless are you? I really feel bad for you. Israel uses other countries, Greece is fuk all for them (that what you are for them and it is a fact), Israel gets billions from The US taxes payers (to the point yanquis starting to be pissed at Israel). Billions from the EU each year. Let’s not talk about other aids/support/trade/etc the EU and US give Israel. Also, make me laugh and say Turkey is not buddy-buddy with Israel like how clowns said KSA and UAE weren’t. Make me laugh. KSA and UAE are allied with Israel due to Iran – because they are weak countries. The same goes with Greece, but that is due to Turkey.

You don’t understand so much. You really said you are an “ally”, that an “Oof” as kids say nowadays.

Hold on, why did even say “Israel is ally of Greece. lol”? “Just another crying baby sucking on Zion and Wahhabi terrorists” “Now let’s look at you clown who sucks all of Zion dry”

Is that why you say that? Okay, again you need to read and understand what people are saying. I was wondering why you said that at the end. Please lie and tell me some BS and it got nothing to do with what I said.

Work on your English. I am not the type to shame or blame people for not speaking or understanding English but if you are going to argue try harder.

But yet again I’m the fool after all, “don’t argue with an idiot”.

Is that your boyfriend?

No thats your mother…

Icarus has boyfriend in Kataib Hezbollah. You should understand him.

you have boyfriend in Mossad. 10 boyfriends actually

I am not gay. Icarus has gay fantasies.