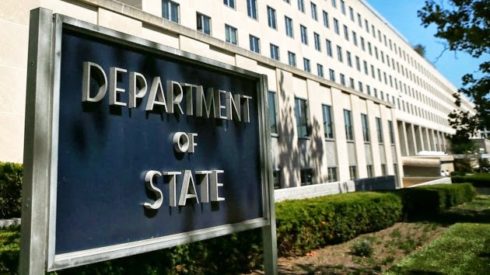 The Donald Trump era has been, more than anything, an era of confusion and chaos all the while it has also signaled the end of the State Department as we know it and its role in the decision making process in the United States.

Since being elected and officially assuming the command on January 20th 2017, the 45th President of the United States has showed little interest in diplomacy all the while he has also shown that he doesn’t really take into consideration the experts’ guidance when taking a decision.

Among the different executive branches of the U.S. government the worst hit — so far, at the very least— has been the State Department that has effectively been reduced to a shadow of what it once was.

The situation has gotten so precarious that many former officials and U.S. ambassadors are warning that the damages may be irreparable even if the current President doesn’t last the entirety of his mandate, that is to say, until 2020.

But is all this an exaggeration on the part of the U.S. media, especially those openly opposed and hostile to Trump and his team? Although this could seem like true but this is not the case since the Department of State is in grave conditions.

Specifically, there are still over 50 vacancies in the ambassadors section since the oil tycoon-turned-into Secretary of State Rex Tillerson —who is also suspiciously absent during major times of crisis— hasn’t really tried hard enough to fill in the vacancies.

Still, that isn’t very surprising given the fact that the actual Secretary of State is now more like a spokesperson of the President than someone whose guidance in foreign affairs could have more weight than the POTUS himself.

Even more severe is the situation in the U.S. Foreign Service’s headquarters in Washington D.C., where, since Trump became president, there has been a shortage of top-ranking career officials to the point that It could, according to experts, “destroy” the State Department.

A recent report by the American Foreign Service Association (AFSA) shows that the number of minister counselors (the equivalent of two-star generals in the Military) in the State Department has gone down by 15 percent, career ministers (the three-star equivalent) by 42 percent and the career ambassadors (the four-star generals of the American diplomacy) by a whopping 60%.

This, in turn, is specially decreasing the United States’ capacity in order to engage in diplomacy around the world since there aren’t nearly enough experienced people present who could use their expertise in order to secure diplomatic solutions for, to give an instance, the North Korean issue.

There is the danger that this lack of expertise in the States Department and also the lack of interest in diplomacy in the White House could push the U.S. towards more extreme and military measures when faced with crisis and major problems, something that has shown that will not have good consequences for the world and especially for those involved.

So we’re back to the days of George Bush Jr.’s 1st term in office, when Colin Powell became the laughing stock of the world as Secretary of State, when SecDef Donald Rumsfeld and national security adviser Condaleeza Rice were basically running foreign policy for him. Only now we have the Pentagon generals running the show, together with that crazy harpy at the UN, and of course The Donald, the First Tweeter.

“The Donald, the First Tweeter”

Trumpo, Clown in Chief, Master of Tweets, long be his rule!

The US is gearing up for war.

Dislike Trump, but, in the case of State Dept., hopefully he tears that whole system down and let’s it lay empty of office. The mini coup ongoing against Trump, can be traced directly to the Clintonista and old line New England Socialite society. It’s been no more than a travel agency, money laundering, full of Ivy League kids who never had yo work in whole loves. Always one social event to attend, per diem of course, social climbing ability, with smiles and cuckholds being means to advance. A four or 5 year degree in any field gets you an entry job at a wage plus benefits higher than in corporate or private sector. ON average around 1/3 above experienced clerks at top corporTions. And what matters most is what family and ehat religion as well. Enough. Let the truth of just who used to run nations political system die, eastern New England Royalty, Jewish financial and educational leaders, old line university run as private or family endowmement, colleges that get billions a year from gov grants. False New England’s yippy brats cultural events, galas,. A den of snakes that sent forth Clintonistas mentality throughout the world’s NGO’s, Intelligence for funds for favprs, U.N. loaded with yippy do nothing positions, Red Cross religious charity overseas missions. AlMOST ALL EXCEPT THE NEWEST REPUBLICAN THUGGERY MEMBERS, from the upper 28% income brackets OF GENERATIONS OF THOSE WHO DO THE WORK FOR TJE TOP 10^. FLUSH EM OUT.

Robert Ferrin
Reply to  Hide Behind

This has been going on for years regardless of the party in the oval office,where have you been?…

Hide Behind
Reply to  Robert Ferrin

Well nowhere realy, Only been writing and once or twice maybe tree or 8 times demonstrating against the State Departments unstatesmen like conduct. Watching reading, writing of personalities and the actions they took, and continue to take, that have killed tens of millions, impoverished 10x’s as many more. Meeting face to face from many feet away speakers, and closer up with a few independent American, French and South American and Mexican journalist. You do know that Mexico is a North American Nation? BUT been getting nowhere, and nowhere is where I will end my quest of truth. Where you been during my last 50 years? BUT gon

Robert Ferrin
Reply to  Hide Behind

Damn you sure made a waste of your time didn’t you most unproductive, and your shitting me Mexico a North American nation,who would have thunk it LMAO…

This is actually good news.

The more disfunctional the murican government is, the better.