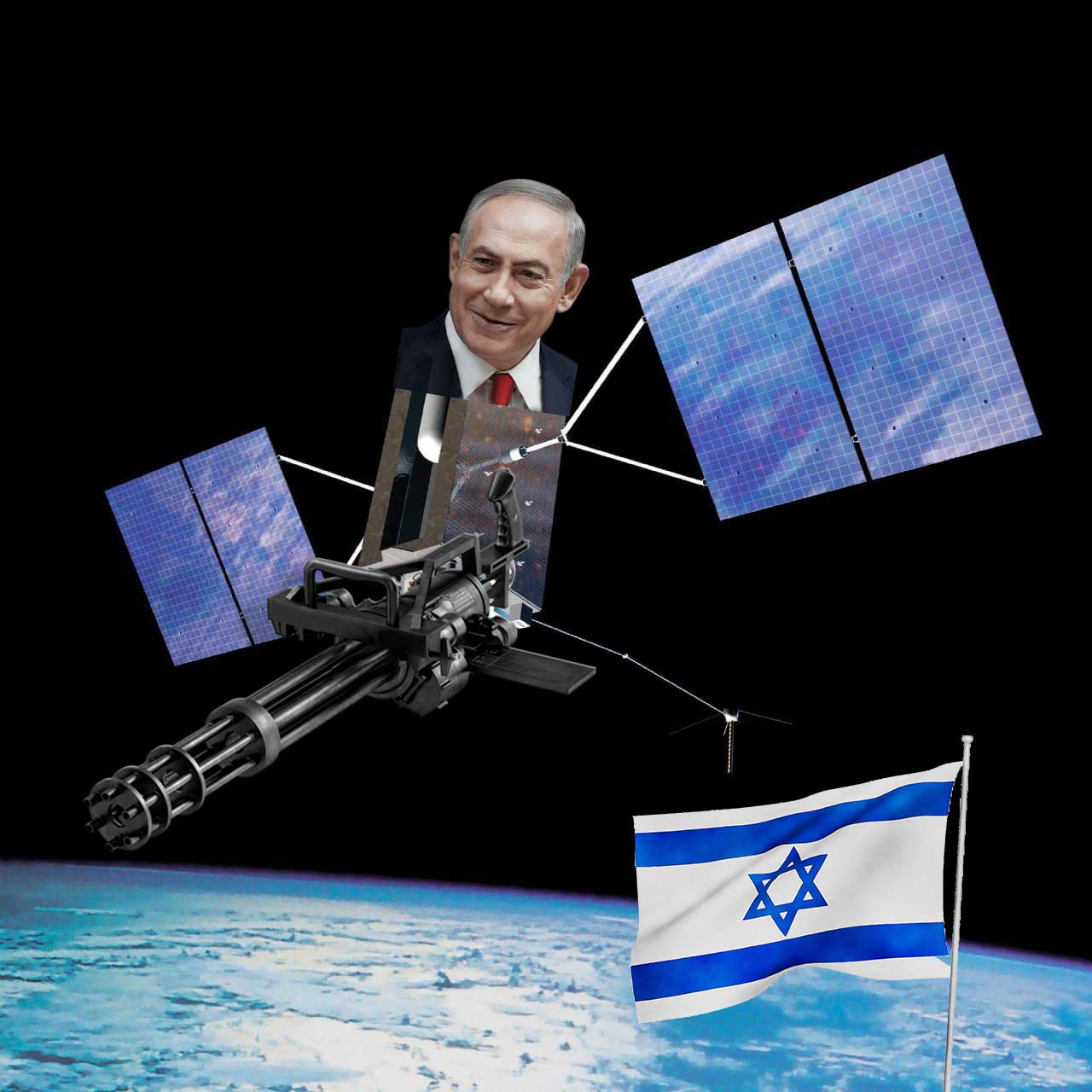 According to him, а satellite-controlled machine gun with “artificial intelligence” was used in the attack.

Fakhrizadeh was driving on a highway outside Iran’s capital Tehran with a security detail of 11 Guards on November 27, when the machine gun “zoomed in” on his face and fired 13 rounds, said rear-admiral Ali Fadavi.

The machine gun was mounted on a Nissan pickup and “focused only on martyr Fakhrizadeh’s face in a way that his wife, despite being only 25 centimetres (10 inches) away, was not shot,” Mehr news agency quoted him as saying.

It was being “controlled online” via a satellite and used an “advanced camera and artificial intelligence” to make the target, he added.

Fadavi said that Fakhrizadeh’s head of security took four bullets “as he threw himself” on the scientist and that there were “no terrorists at the scene”.

Iranian State-run Press TV had previously said “made in Israel” weapons were found at the scene.

Various accounts of the scientist’s death have emerged since the attack, with the defence ministry initially saying he was caught in a firefight with his bodyguards, while Fars news agency claimed “a remote-controlled automatic machine gun” killed him, without citing any sources.

According to Iran’s defence minister, Amir Hatami, Fakhrizadeh was one of his deputies and headed the ministry’s Defence and Research and Innovation Organization, focusing on the field of “nuclear defence”.

In this, most recent version, the killing has become even more elaborate – it not only was controlled by a satellite, but it also had an artificial intelligence operating with it, and it zoomed in on his face, in order not to kill anybody else, presumably.

there are 2 keys for solving this crime..

1. the front car with bodyguards inside was ordered to leave behind the car of the scientist to check miles away the road…….

2. the scientist leaving his bullet proof vehicle……….the MAN is not stupid….. fuck this bs story of him leaving the vehicle to see who shot at them..ridiculous…..

he got out because somebody he trusted made him to….

The Jews/Zionists/Israelis had an inside man in the security detail accompanying the Nuclear slug Fahrbolngit?

Geez … ya can’t trust an Iranian IRGC senior staff member for ANYTHING … eh?

Now it is clearer why Iran, Hezbollah…. are not responding. On the one hand, the head of the Iranian nuclear weapons program travels in a 2006 Nissan , and on the other hand, a country that uses – “а satellite-controlled machine gun with “artificial intelligence”.

I agree . Israel’s an advanced country in so many areas. Israel’s neighbors shouldn’t fight it, they should cooperate with it and learn from it. Although this Iranian story sounds fictional to me.

We can not know the exact truth but in any case it adds leverage to Mossads legend..

I really don’t know what is worser for the Iranians. The 12 assassins aided by 50 others, version. Or the “а satellite-controlled machine gun with “artificial intelligence”, version. It just shows that the Iranians are out of their league, in a negative way.

the result of working with international organizations like IAEA. All of those intl. organizations or UN groups are US/israel dogs that is why they never complain about US Israhell and give the data and intelligence of other countries. Beside that they tried to assassinate Shahid Fakhrizade in 2008 and 2015 but failed. Nevertheless he was in his last years a simple manager and director of the defense ministry. You know why Israel couldn’t kill any Iranian missile expert or engineer? ;) read my text my again Barandaz

I dont believe nothing about that fantasy of satellite and artificial intel…I think that security failed beside he didnt have an armored car and normally security service constantly change the route…and nothing of that they have done!

Its Iran mate, an architect of Nuclear Program drives a Nissan from 2006, armored vehicles are not really an option. Unless they put him in a tank. But too late now. And very sad, to have a man of science as a casualty.

Tank?! Ha ha ha, you could at least go with BMP as an example ( you know the wheels, also goes faster than tank…normally ) Difficult to believe that in whole Iran there is no single metallic plate (to put in car doors and few bullet proof car windows available… but if you insist. Yes it is sad. He looks like nice guy.

What gave it away? That he was a nice guy? For refence … sake … eh?

I will assume you mean BTR as the BMP is a tracked vehicle that will damage the road, though less than a tank as it is lighter. BTR is slow and uncomfortable for highway travel, and he would be useless if he spends most of his time on the way. You can attach metallic plates, but then you need to change the suspension, engine, breaks, in some cases even the body. If it was easy, all brands would have armored vehicles, and majority of country leaders wouldn’t ride on Mercedes.

That’s called NUCLEAR PROLIFERATION and Iran has signed up NOT TO DO SO … Khamanei says Iran isn’t going to do it … eh?

no one has said they will build a bomb. so technically he cannot be blamed of such intent.

Oops … YOU should have told me sooner … I might have put in a call for him … eh?

Ya der eh! Iran has had nuclear bombs since 2006, worst kept secret in the ME.

Ask Sauron … he says they don’t have it … stooge

Incompetance by the IRGC then … that’s good to know … eh?

They haven’t lost any arms stores in Syria which are being attacked over 100 Times ?

Aww … I’ll make a call and see if they can kill more … since you seem to want more dead Arabs … eh?

How many dead in Quneitra tonight … any guesses?

for the 250 time again? Nice dude try hard but still couldn’t defeat Hezbollah, SAA or Iran in Syria. Turkey has recognized it, you will too soon

Might be glamming this up a bit but satellite communications could have been involved. Oh, remember when Pompeo was having a fit over the Iranians launching ONE imaging satellite and claiming they were weaponizing space? ‘they are violating the ballistic missile ban and creating a weapon’, but it’s okay for Israel to actually use satellites for weapons. I can’t stand that guy.

EXCEPT … NO ONE BELIEVES IT … hello?

or did it happen that way for real? Those Jews/Zionists/Israelis are SUPERMEN …

thank God he will be unemployed soon aahahahahahaha

thank God he will be unemployed soon aahahahahahaha

This is an amazing story. But I don’t believe a word they say. At first these were 12 assassins aided by 50 others. Now it’s “а satellite-controlled machine gun with “artificial intelligence”. I wonder what will be the version they will post tomorrow- Maybe an inside job ?

will not prevent Iran from nuclear activity because of good reasons

LOL. That’s funny. But I thought they would bring him back in the form of Netanyahu.

Ahh.. look what a gem https://www.vccafe.com/2013/11/20/french-president-hollande-leads-delegation-to-meet-israeli-startups/

Someone in Tehran Pars neighbourhood has hung an Israel|i flag up and wrote “Thank You Mossad” : https://mobile.twitter.com/AuroraIntel/status/1336074526149513216

I’m not saying that’s aliens, but…

Yeah! Followed by a little man with a serviable walking that was looking like Bolton. I saw them too!

with extreme sanctions on iran it is easier to corrupt people with lots of US dollars. Plus isreal has full usa use and support for assests, tech and so on, aside from what tech they already stole from usa for their-selves. I bet they also have more dedicated sats just for iran and the region as well on top of what is avail to them from usa intel. since super pro zio trump was prez iran is having allot of hard problems to solve. Also no matter what vehicle the scientist was in it could also be taken out with an ATGM with sat links, triggers, a high res cam, etc….what iran needs is high powered EW mobile units that can blanket protect all signals in wider area of the routes be traveled by highly important officials, as well as increase security measures to find traitors.

so i am guessing they found and got the truck and gun and everything? can we see pics of it?