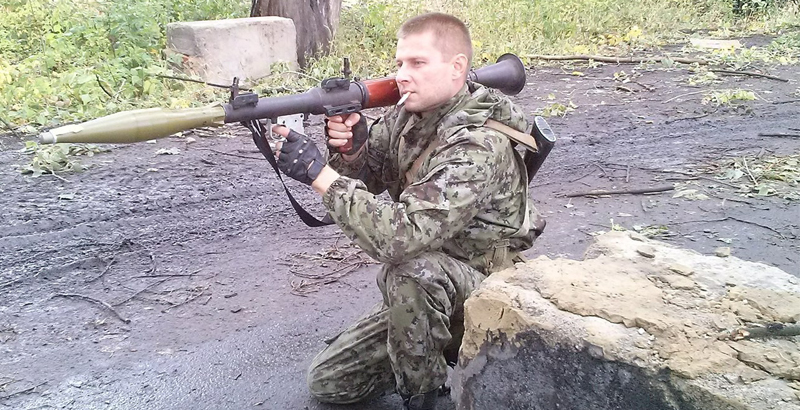 On Thursday, the Novaya Gazeta newspaper and a number of other media reported that an alleged “former soldier of the Somali battalion of the Donetsk People’s Republic (DPR), Igor Myltsev, also known as Frenchman,” announced that he and his accomplices killed Givi (Mikhail Tolstykh) ‘for treason.’

However, this report was quickly refuted by Myltsev himself.

According to Novaya Gazeta, Myltsev said that during fights for Avdeyevka in January, Givi, who was the commander of the Somali battalion, sent a bullet through his own leg to flee behind the lines and then ordered to use artillery, targeting the area, where his fighters were deployed.

The newspaper cited its correspondence with Myltsev in one of the Russian social networks (Vkontakte) and even posted screenshots of this conversation with the alleged account of the former fighter.

However, later, Myltsev said that he did not take part in the conversation with journalists of the newspaper, and the correspondence, in which he allegedly confessed to the murder of the commander of the Somali battalion, is not his.

The former serviceman explained that the account in the social network, which was a basis for the article, was hacked by unknown person in September 2016.

According to Myltsev, the provocation was carried out by the Security Service of Ukraine. After Myltsev lost access to his account, hackers got in touch with him through his second, new created, account. When the former soldier asked to return the access to his old account in the social network, hackers answered that his account is “very and very interesting for them [hackers].” Now, Myltsev urges other users to mark his old account as a sender of spam in order to block it.

Talking with the Life newspaper, Frenchman noted that he had never personally met Givi and had never been a member of the Somali battalion, as it was stated by Novaya Gazeta.

Myltsev said that he joined to defenders of the Donbass in 2014, participated in the defense of Slavyansk. In early 2015, he was wounded and left the ranks of the DPR’s Armed Forces for health reasons. Currently, Myltsev is in the DPR and even does not think to hide from law-enforcement agencies of the republic.

Commander of the Somali battalion of the DPR Mikhail Tolstykh, also known as Givi, was killed by a shot from the Shmel flamer in his office in Donetsk on Wednesday. The DPR Defense Ministry said that the commander of the Somali battalion was killed in a terrorist attack, and called it “a continuation of the terrorist war, launched by the Kiev authorities against residents of the Donbass.”