Fake reports are circulating that Russian warpships have Kalibr cruise missiles against unknown targets in Syria (most likely in the Hama-Idlib countryside) from the area of the Russian naval facility in Tartus this morning.

Reports appeared both in pro-government and pro-opposition sources.

An alleged photo of the missile launch is circulating online: 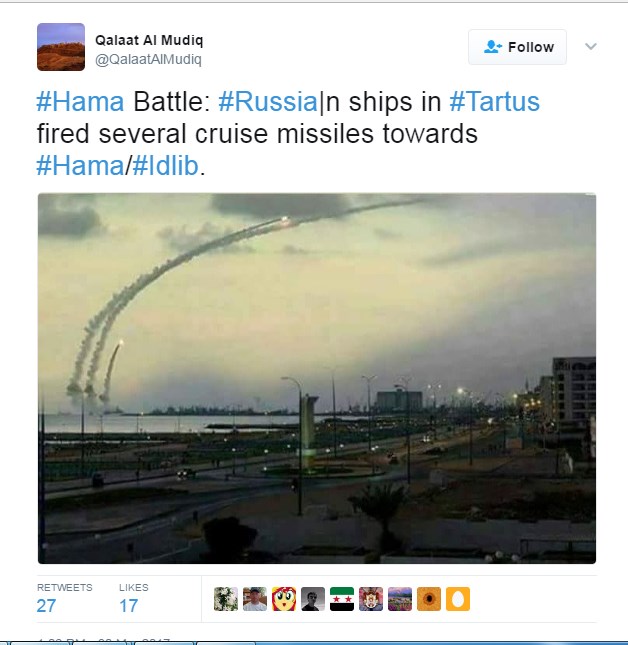 However, it is a photoshoped version of a screenshot from the Russian Defense Ministry video released in 2016: 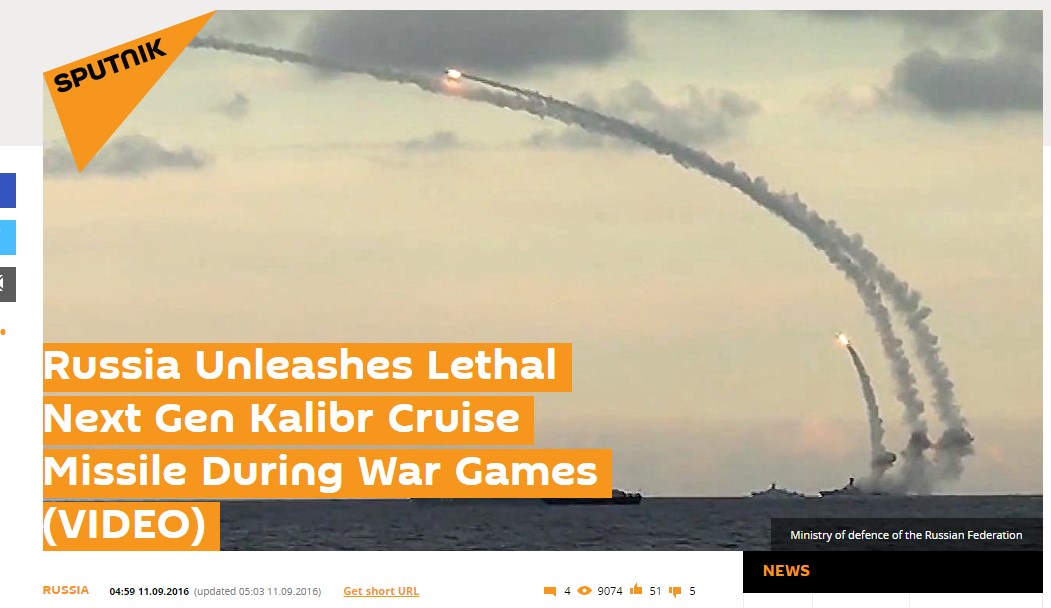 No reports on the issue are available in Russian media outlets as well as no official comments from the Russian Defense Ministry exist.

These facts allow to conclude that the reports are likely fake news aimed to show an indiscriminate usage of force by the Russians in Syria.

Wouldn’t be a bad idea tho right?

Why would a ship launch missiles from inside a harbour, endangering the other ships and the civilians in the area? When you can launch Kalibr missile from a huge distance away, from the middle of the sea.

Not to mention the psychological effects on the population and polution directly over their heads.

There are much les expensive missile systems if you’e going to launch them from short distances.