A lawyer of former agent of the US intelligence Edward Snowden said that Russia has no reasons for his extradition. 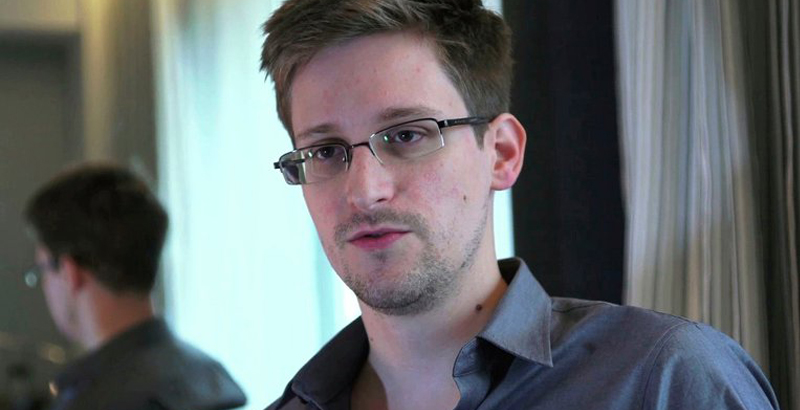 Russia has no reasons for extradition of Edward Snowden to the US, the RIA Novosti news agency reported, citing a lawyer Anatoly Kucherena, who represents interests of the former agent of the US intelligence.

Earlier, the NBC TV-channel reported, citing unnamed sources in the White House, that the US intelligence claims that Russia is considering a possibility of extradition of Snowden as a ‘gift’ for US President Donald Trump.

“It is not the first speculations on this subject. At first, such speculation came from former employees, former deputy chiefs of the intelligence. Then, this started to be discussed in Western media. Today, [such] messages have appeared again,” Kucherena said.

According to him, “Russia has no reasons for extradition of Edward Snowden to the US.”

“In fact, it turns out that we are constantly trying to be dragged the game: give back, pack, attach a bow and send. Russian is always provoked,” the lawyer noted.

However, Kucherena stressed that Russia “is not engaged in human trafficking.”

“Edward lives in a free country, works, can move freely both through the territory of Russia and other countries. And what is happening today, it is the so-called ‘high’ policy, it comes from the depth of the US the intelligence services,” he said.

“All these ‘sources’, that’s all is from evil. Someone is crack-headed, someone cannot calm down. The issue, which now exists regarding Snowden, has been solved within the framework of the current legislation. Edward does not violate the law. Russia even does not think, does not cogitate on his extradition, it cannot be considered,” the lawyer stressed.

The US authorities suspect Snowden, who told media about surveillance programs of the special services of the US and the UK on the Internet, in the illegal transfer of information, relevant to the national security. In June 2013, Snowden fled from the US to Hong Kong, and then arrived in Moscow from there. At first, Russia provided him a provisional asylum for a year, and then – a three-year residence permit.

This is not the first time such thing is reported.I remember 1 year ago I saw such report in MSM that Russia will return Snowden to Obama.The conclusion here is never listen to the MSM

A Power to the People Proposal :

Robert David Steele is trying to help Trump avoid the sabotage attempts from both inside and outside of his administration. His suggestions aren’t partisan – he’s trying to help Trump wrest control from the Deep State and put it back in the hands of the people , especially via electoral reform , which I think is critical.

Read this short description ( with links to greater detail ) and share it widely ( share buttons at bottom of page ) if it suits you , as time may be short for Trump and Steele is trying to generate as much popular support for this as he can :

This memorandum by Steele sounds pretty Utopian. He is part left and part right. But more left than right wing. Not likely what Trump wants. Plus some of these suggestions are just not feasible – like the transaction tax on Wall St. trading. It would be unconstitutional to put the burden of government costs on only a fraction of the citizens.

Apparently South Front forgot that NBC reported this based on intelligence officilas whose ames are usually kept anyonymous because of them in fear of being compromised and losing their jobs. NBC also clearly stated that lawyers of Snowden deny such a thing, exactly the same thing South Front is calling its report fake on. It was a mere report, even NBC put out the whole truth about it including statements of Snowden’s layer. But SF has to rush in to call it as fake news as part of some “MSM conspiracy”.

Many media didn’t report on Kucherena’s comments. Katie Couric interviewed Snowden with regard to such extradition and didn’t mention anything about Kucherena’s comments. So for South Front to relate these comments is in fact very helpful and clarifies the entire fake news story as just what it is and was: fake news to vilify Trump and Putin in one stroke.

South Front was specifically talking about NBC News’ report. However, NBC did mention the comments of Snowden’s lawyer just like RIA. The reports about a potential Snowden extradition were based on claims of others. It never said it was the truth. Therefore, it is not good behavior to blame NBC of “fake news”.

Snowden has been in Russia for some 4 years now and is likely eligible for Russian citizenship if he hasn’t already obtained it – he certainly did renew his asylum for another 3 years. While he is under a permit for asylum clearly Russia cannot extradite him unless he commits a crime in Russia – which he clearly hasn’t done.

The rumor that Russia would extradite Snowden as a gift to Trump is more likely a means to besmear both Putin and Trump of being in cahoots with each other against their countries’ interests. It is a liberal fake news story for the ever same goal: to vilify Trump and Putin.