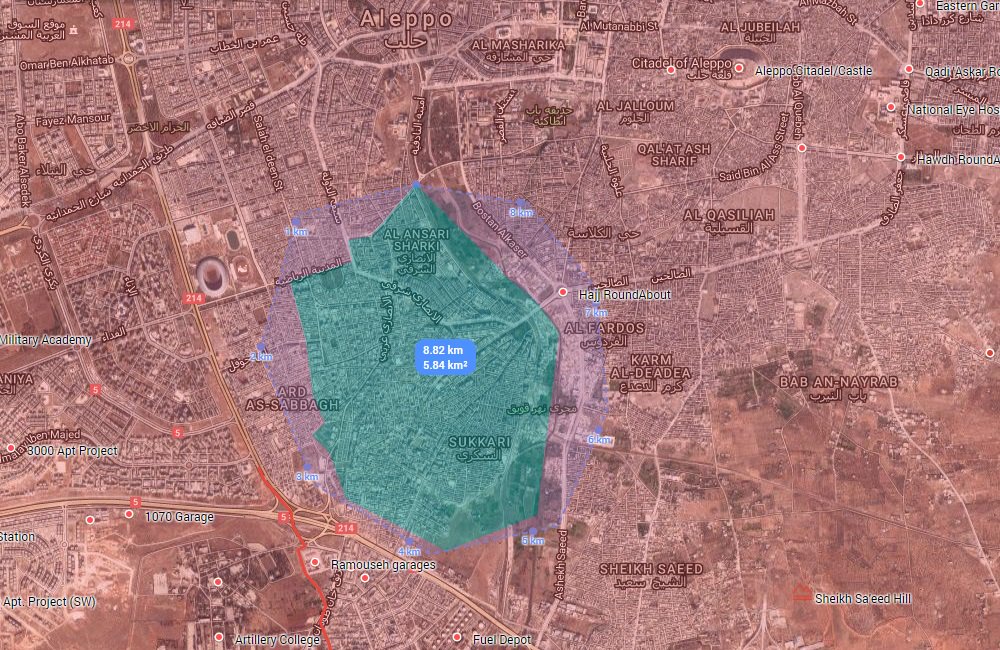 ‘Rebels’ are set to withdraw from this area in Aleppo. Source: @Tutomap/Twitter

Last night, Jaish al-Fatah militants launched a major offensive against government forces in Hikmah from the direction of Rashiddeen 4 in the southwestern Aleppo countryside. After a series of firefights, the Syrian Army and Hezbollah forced Jaish al-Fatah units to retreat.

As result a group of militants, that sabotaged evacuation from Aleppo on December 14, agreed to all terms and conditions of the Syrian government.

But rebel officials said late on Wednesday that they had agreed to an evacuation of the wounded from those Shi’ite villages in Idlib province, and that the Aleppo deal would now go ahead as planned.

An official with the Jabha Shamiya rebel group said implementation would begin around 6 a.m. (0400 GMT) on Thursday. He said around 1,000 wounded people would be the first to leave eastern Aleppo, and the entire evacuation should be complete within three days.

Militants remaining inside Aleppo will take a new opportunity to withdraw to Idlib on December 15. If they deny, the Syrian army will continue a counter-terrorism operation to clear the building blocks controlled by gunmen opposing the evacuation.

Reports say that according to the new Aleppo withdrawal agreement, Jaish al-Fatah militant coalition (led by al-Nusra) will have to allow civilians to evacuate from the villages of Kefraya and Fowaa located in the province of Idlib. These are predominantly Shia villages besieged by al-Nusra and its allies. Some sources add that Iran is behind of this demand.

Yes the evacuation started.Go the Ivan Sindorenko account to see some pics.

Its a good idea to withdraw all people from pro-goverments villages in Idlib. Soon, SAA probably starts a new large scale offensive against the rest of insurgents in other areas, incluning ISIL. The people in Kefraya and Fowaa would be in danger…

they are already dead