The Ahl al-Dar operations room issued an official statement confirming that it doesn’t follow any military party or faction, and its main goal is to liberate villages occupied by Kurdish YPG forces. In the statement,  Ahl al-Dar claimed that the PKK\YPG forces forcibly evicted the villagers from their villages to which their fighters belong. Yesterday, the Euphrates Shield-held areas witnessed several Arab demonstrations against PKK\YPG. People demanded that they have been driven out from their villages.

It’s believed that Turkey stands behind the Ahl al-Dar statement and the demonstrations. The goal is to prepare the public opinion for the launch of its new military operation in Afrin if Russia fails to convince the Kurdish Democratic Union Party to hand over the area to the Syrian Arab Army.

The Kurds should know that they can live as puppets of imperialism and fight to the death, or make an agreement with the Syrian government and live in Syria once again.

The SDF, with kurds included, have already in 2012 chosen the third way. They fight neither with rebels or government as long as neither will offer them autonomy, inalineable civil rights as a minority,

Neither Assad nor rebels offered anything, so there are agreements with neither.

SDF have chosen to be traitors to Syria. Kurds have decided to be the puppets of the Zionist Axis. They are marked people. They already had rights same as everyone else. Syria was more secular than most of the nations that are allies with the US. They certainly have more rights than Palestinians in Israel. It is clear why people never trusted Kurds. They are quick to ally with big powers and they do not do their own fighting.

If the US felt sorry for minorities and wanted to give them autonomy and “inalienable rights”, the US would give Native Americans back their land in America, and the whites would go back to Europe.

Anyone with a brain knows you’re a dick licking SF troll so go fuck yourself.

Mr Bill
Actually you are the troll here with a very foul mouth. 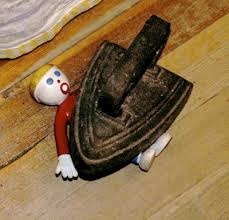 Everyone even every animal knows you are a penis worshiper Bill

This is great news and shows Turkey is out of the racist supremacist Jewish owned NATO pact and on the side of Russia, China, Syria, Iraq and Iran etc.It looks like now Qatar as well as the Phillipines etc have also defected from the axis of evil lead by Israel, including but not limited to Saudi Judea Arabia and the Jewnited slaves states.

Beats being an Israel ass licker!

Turkey has been on Assad-Russia’s side for a while now, but these Zios are not willing to admit that.

They want to continue the hate for Turkey exactly because it has switched sides!

If Turkey is willing to kick out US proxy-Kurds when the Syrians aren’t willing to do it – all the more power to them!

It is better to have Russia’s proxy (Turkey) controlling the land than US-Israel’s proxy!

Russia can easily persuade Turkey to leave after the job is finished; Turkey has to make up for the bad things it did to Syria and Russia in the past!

Saudis should do the same!

Erdogan is on his own side. That is all. And he is wanting the genocide of Kurds, that is clear with the Turkish army special forces beheadings of Kurds this week.

Wait for more anti-Turk hate from these butchers of gentiles, the Jews. Homicidal Jews are angry at Turks because Turks are upsetting their territorial plans in Syria. Turks are really ripping things up good and proper in Syria. The Afrin Kurds have fallen into a trap, and will be crushed if they do not submit to the Russians, and YPG Kurds in the north are next to fall.

All the Jews’ well-laid plans gone by the wayside because of the defiant Turk. This shows why there was an Ottoman Empire that spread right across the Middle East and into Europe, and why there never was a Syrian Empire.

Bill Wilson you are Mosaad liar. ISIS and Al Qaeda are the ones who get supplies and air support from the USSA, Saudi Judea Wahabi Arabia and their master Israel.
Remember ISIS does not attack Israel its master and apologized for it the one time they did by mistake, so said the Israeli defence minister in The Times of Israel.
http://www.timesofisrael.com/ex-defense-minister-says-is-apologized-to-israel-for-november-clash/
The Racist supremacist Jews always like to double down when only Goyims will die for them.
http://russia-insider.com/en/politics/israel-and-isis-are-allies-there-we-said-it/ri19708
http://www.middleeasteye.net/columns/tacit-israeli-islamic-state-alliance-1912165008
http://russia-insider.com/en/just-some-photographs-israeli-soldiers-hanging-out-islamic-extremists-syria/ri19253
Israel and ISIS Are Allies. There. We Said It.
When you bomb an ally, you apologize. When you bomb an enemy, you don’t. What does that make ISIS to Israel?
The current Israeli minister for the military said he like ISIS!!!!! The confession is always the best.
http://www.timesofisrael.com/yaalon-i-would-prefer-islamic-state-to-iran-in-syria/
Ya’alon: I would prefer Islamic State to Iran in Syria.
https://www.youtube.com/watch?v=oB8lPZ6zxhA

Turkey sponsored the hard logistics of the destruction of Syria for 5 years!.. and now because they’re willing to massacre an city with their own army instead of with their terrorist proxies, you’re for them?

Turkey like the slave USA was ordered to enter the Syrian by their racist supremaicst Jewish slave masters. Now they have rebelled and switched sides like Italy did in world war 2. If the USA overthrew their racist, Jewish, racist, tyranica,l occupation, government, I would welcome them as well. As Abram Lincoln the man most hated by racist Jews in modern history said, the best way to get ride of an enemy is to turn them into a friend.

If the kurds don’t like the Syrian government they can express it at the next election once Israel, ISIS and Al Qaeda are defeated. If not then they can fight and die for ISIS, Al Qaeda and a greater racist supremacist Israel, as they appear to have switched positions with the Turks and gone over to eh dark side
ISIS and Al Qaeda are the ones who get supplies and air

support from the USSA, Saudi Judea Wahabi Arabia and their master Israel.
Remember ISIS does not attack Israel its master and apologized for it the one
time they did by mistake, so said the Israeli defence minister in The Times of
Israel.
http://www.timesofisrael.com/ex-defense-minister-says-is-apologized-to-israel-for-november-clash/
The Racist supremacist Jews always like to double down when only Goyims will
die for them.
http://russia-insider.com/en/politics/israel-and-isis-are-allies-there-we-said-it/ri19708
http://www.middleeasteye.net/columns/tacit-israeli-islamic-state-alliance-1912165008
http://russia-insider.com/en/just-some-photographs-israeli-soldiers-hanging-out-islamic-extremists-syria/ri19253
Israel and ISIS Are Allies. There. We Said It.
When you bomb an ally, you apologize. When you bomb an enemy, you don’t. What
does that make ISIS to Israel?
The current Israeli minister for the military said he like ISIS!!!!! The
confession is always the best.
http://www.timesofisrael.com/yaalon-i-would-prefer-islamic-state-to-iran-in-syria/
Ya’alon: I would prefer Islamic State to Iran in Syria
https://www.youtube.com/watch?v=oB8lPZ6zxhA

I am categorically against Zionism. I am against power-over state structures, where the stronger powers always oppress. I am for direct democracy by and for the people, where the people’s own local assemblies control their own self-defense and confederate in freedom with other assemblies, with economic co-operation, not the slavery of market capitalism. If you are prepared to support the massacre of a whole city, then say it. Say “I want the Turkish army to massacre Afrin if those dirty Kurds want to intervene for democracy instead of a central presidency, because I believe that Damascus can stop the Zionists”. That is clearly stupid, because the Ba’athists in both Iraq and Syria with their centralized systems of oppression, could not stop the Zionists. You’re approach, John Brown, for your own stated ends of stopping the zionists, has already failed, and now you want to double down, instead of choose a 3rd way. Support direct democracy and solidarity of the peoples in their self-defense of their own cooperative enterprises and towns, or start licking Zionist boots.

Are you against Zionism? Or a Mossad disnfo expert? The Assad
government has defended all minorities in Syria for a long time which is why
ISIS and Al Qaeda want to wipe them out. So the Kurds have no point there. If they have other complaints which are legitimate which I know they do have about corruption etc which the rest of Syria has as well, such legitimate concerns can be addressed in elections. If the Kurds now sign on with ISIS and Al Qaeda and racist supremacist Israel they will sow the seeds of their own destruction.
Racist Zionism is losing in Iraq and Syria now which is why you take Israel’s position to partition Syria as part of the Yinon plan for a greater racist supremacist Israel because Israel is trying to salvage the Zionist racist victory.
Sadam Hussein was a Zionist stooge put in power by George Bush senior when he was head of the CIA.