On May 19th, a F-35 Joint Strike Fighter crashed, while flying out of Egling AFB in Florida.

The pilot safely ejected, was taken to hospital and is in stable condition.

If the F-35 is destroyed, it would be the third crash of an F-35 that resulted in a total write-off of the airframe.

This is the second crash of an aircraft operating out of the base in less than a week, with an F-22 Raptor going down on May 15th.

NEWS RELEASE: An F-35A Lightning II assigned to the 58th Fighter Sq crashed upon landing around 9:30 p.m. today @TeamEglin. The pilot successfully ejected and was transported to the 96th Medical Group for evaluation and monitoring. The pilot is in stable condition. Cont.

NEWS RELEASE cont. At the time of the accident, the pilot was participating in a routine night training sortie. First responders from the 96th Test Wing are on the scene and the site is secured. The accident is under investigation. There was no loss of life or damage to civilian

NEWS RELEASE cont. property. The name of the pilot is not being released at this time. Please contact the 33rd Fighter Wing Public Affairs office @ (850)226-3876 or 33fwpublicaffairs@gmail.com with questions.

Eglin AFB is home to a large number of aircraft. It is a major training base for F-35, and more recently, F-22 aircraft, the latter of which were displaced after Hurricane Michael ravaged nearby Tyndall AFB.

Eglin AFB is also the home of weapons development for the Air Force’s tactical aircraft communities and supporting other developmental missions.

In 2018, a US Marine Corps F-35B crashed in South Carolina, after a “manufacturing defect caused an engine fuel tube to rupture during flight, resulting in a loss of power to the engine,” according to a government report. The pilot ejected safely and survived.

One year after the F-35B crash, a Japanese F-35A crashed into the Pacific Ocean after the pilot was determined to have experienced “spatial disorientation” or vertigo, Reuters reported at the time. The Japanese Air Self-Defense Force pilot was killed.

The F-35A, the most common version of three different variants, is designed to be operated on conventional runways. Each aircraft is estimated to cost around $90 million.

However, back in October 2019, the price of the fighter jet was reduced in a bulk contract.

The US Department of Defense and Lockheed Martin signed a deal for $34 billion for three lots of F-35A Joint Strike Fighters. The price under the deal was set at an average price of $78 million for 478 of the jets.

“We will reach a unit-recurring flyaway-cost-per-aircraft target of $80 million for a U.S. Air Force F-35A price by Lot 13, which is one lot earlier than planned — a significant milestone for the department,” she added.

The F-35B short-takeoff-and-vertical-landing model and the F-35C which can take off and land on aircraft carriers are more expensive.

In a statement, Lockheed’s F-35 program head hailed the progress on the aircraft’s price reduction.

The price reduction is understandable, since at the extreme price and the poor performance of the fighter jet it has crashed several times, and has been grounded several times, namely in Israel and Australia, due to various issues.

These idiots eject first like the Saudis and the junk falls on the residential areas. When I was a young aviator I saw a Saudi training flight in Texas, the idiots were training on T-38 Talons in two stick solo instrument flight, one of the lead planes had engine stall so the Saudi trainee yelled out ejection, the other Saudi moron in the tandem jet also ejected even though his aircraft was just fine. Americunts are similar trigger happy and ejection happy cowards, they don’t try to glide the plane to a non-civilian environment, but just save their dumbass.

hahahaha like I said before, these stupid Americunt dopeheads are pushing this TRILLION dollar junk to their shithead NATO puppets and these are outdated flying shitcans. Last week a F-22 “Raptor” my arse, fell on some dopers on the ground in Florida and now this.

some dopers hahahahah too funny

Still many fools think that the zios are invincible

Like Sayyed Hassan Nasrallah said, the Zionists are weaker than a spiders web. Why do you think they don’t attack Lebanon? or Iran?

Americunt pilots are druggies and child killers and I am not kidding. They are only good at killing civilians. Even the North Korean Mig 17 blasted them out of the sky.

migs had over 100 kills back then,hence why the west like typical cowards try to reverse the stats to make usa seem the supreme,much like fake moon landing!

Americunts are criminals and running an extortion racket forcing Saudi dumbass cunts and NATO pimps to buy their junk. Then they control them with embargoes if they get out of line. The Pakistanis kissed Americunt arse for 70 years and then even they were embargoed and left high and dry.

but at least they are steadfast in their stupidity which is good to know even if the junk they make is prone to malfunction.

They were trying to sell this inferior and overpriced plane to India, luckily even a Zionist tool Modi listened to the airforce and stuck with good solid Russian SU-30MKI and now the Super Flanker SU-35. The Apache has been failure and two have crashed.

Imagine if air forces would have bougth the F-117 at 100 million dollars each one…and they realize that just an old SA 3 can shot down them….

It will never be right. A money pit that continually feeds the defence contractors.

Over a TRILLION $ now and last week all the batteries on the F-35 shitcans being made for the Belgian dumbass poodles had battery failure during certification, but then again look at the Belgian cabinet decision makers. 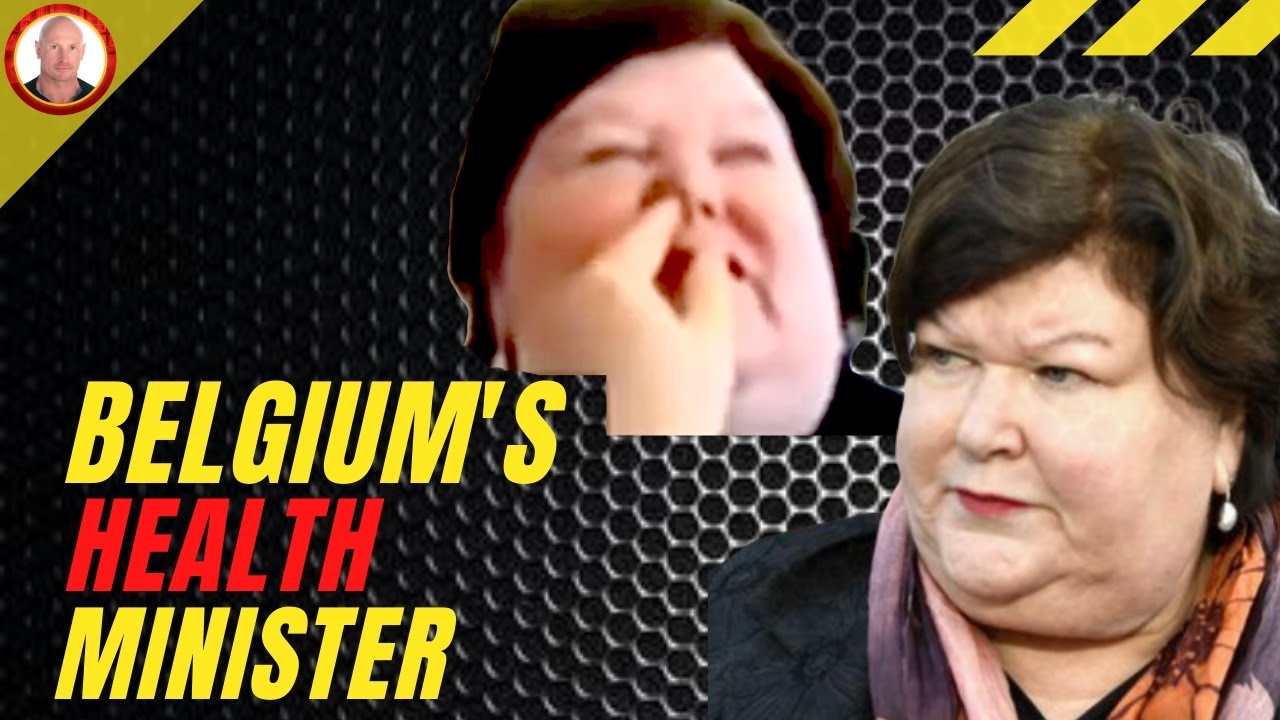 Well at least they can have their Belgian chocolates

Is that a tranny? lol

More accurate picture of the minister: 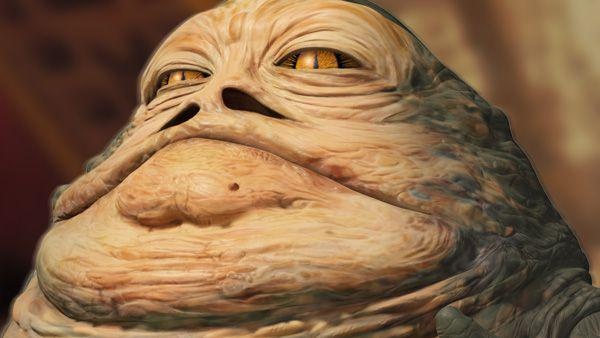 Belguim facist scum have the worse corona death per capita in the whole world,yes these vulnerable weaklings on record have the worse human health + hospitals on earth,infact this is more proof that their obese and incumbent poodles of satans have no future but in to scams,corruption for the very minor few fascists who ought to be exiled by the west!!!!

American weapons are overpriced and too much software updates, not suitable for real militaries. India has won four wars with Russian equipment that defeated the best of US weapons in Pakistani hands.

They have only talks like there wahhabi slaves especially in gulf

The dumbass Wahhabi cunts are now in trouble as their oil is worthless as the Americunts and NATO pimps were selling billions in junk weaponry and then forcing them into billion dollar service contracts. It is like an old whore asking a eunuch to pay for sex. Now the Saudis and Emirati cunts are dead broke.

There neom city project in tabuk is in trouble for sure

Their Aramco pimping project is not worth 25% of its fantasy expectations and even Euro-trash are not investing. The orange fat moron and his gay boy Kushner took the dumbass Saudis for a ride to hell.

Everything thing is going against the wahhabi whores and there zio masters and there prince kushner.

Ya and golani whore and Al qaida whores in Syria are also getting rusted even though they still have the weponary and financial support.

Map reading light switch must have been located close to engine cut-off switch.

Must be down to two USAF squadrons of mission capable F-22’s by now?

Thats 3 US made 5th Generation fighter jets crashes in less than a year, pretty reliable

Fear not, fellow Americans. We will just shovel a few hundred billion more fiat zogbux into the furnace known as ‘Lockheed-Martin’ and this brick will soar like an eagle and turn on a dime like a parakeet. It’s all (((they’re))) money anyway, we’re just using it for a time.

Price reduction is obtained by using wet sugar instead of glue

Didn’t the pilot get the memo about very limited supersonic speed?

Well,they cannot exceed 950kph without overheating their fuel cells,which makes it subsonic:
So much for cia$ glossy adverts,and to think how many dumassed wankers feel for their rort$!

Hopefully the 200 ventilators the U.S. is shipping to Russia work more reliably and better than their temperamental stealth jets that have a penchant for being a safety risk to the end user or requiring excessive maintenance to keep them working.

They were testing to see if they got the wings to work yet. Guess not.

It seams these birds are competing to see which falls from the sky first. The other day was F-22, now its F-35. The location of the crash had to be the same to guarantee equal media attention, Amazing !!!!!

The f35 that fell in the water between japan and russia,moneys on russias supreme detterance:

Bad week for U.S. birds.
Glad the pilot is ok.

I’m sure the record for these planes is not good for pilot morale. If they have any morale to begin with, of course.

I’ll reiterate once again,f22s+ f35s are cia partnered shthights (period)
The world nations and future sttrategic infastructure defense mechanisms need to stick to boeings,infact Australia just realesed a few protypes of factual jet powered unmanned planes,with a budget that absolutelty shames the failed outdated fake stealth cia conscripts,without screwing national debts,well!
Are governments gonna wake up and realise now more than ever no f22 nor f35 can ever save not even a single life,but rather only put the whole world on debt,that is the main problem,will the west wisen up?

Uh, no. They’re not allowed to. They are coerced into buying/using US military-industrial complex trash.