An F-35 engine upgrade would allow directed energy weapon usage, according to an article by Aviation Week on July 18th. This is what Pratt & Whitney is reportedly refining their proposed upgrade path for the F135 Joint Strike Fighter engine. The upgrade aims to add increased power and a thermal management system (PTMS) capability. This comes as a result of feedback provided for its initial proposed upgrade package from the F-35 Joint Program Office.

The Aviation Week article further reported that the additional power and thermal management system will enable usage of directed energy weapons and other advanced offensive and defensive systems. Also, if the upgrade path is approved it will feature an upgrade package called Growth Option 2.0 (GO2), as reported by Aviation Week. The PTMS, originally rolled into a compressor and turbine enhancement, proposed by Pratt & Whitney as part of Growth Option 1.0 could be available within four years after receiving official approval.

Growth Option 1 was originally offered as a cost-neutral upgrade, meant to form a part of a longer-term, two-stage improvement road map for the F-35 engine. The plans for it were first unveiled in 2015.It was first presented to the Joint Program office in 2017 and it offered 5% fuel reductions and up to 10% higher thrust.

Growth Option 1 builds on core technologies, which were evaluated back in 2013 and onward. It uses the modified F135 test engine XTE68/LF. It further incorporates design improvements, developed under US Air Force-supported component and engine structural assessment research, which focused on the F119 for the F-22, which is the predecessor of the F135 engine.

GO2, however, is focused on enhanced thermal management and it will employ more of the of the adaptive engine technology features in development at Pratt through air force and navy-supported initiatives. These are largely a result of the air force-led adaptive engine technology demonstration (AETD), as well as the follow-on adaptive engine transfer program (AETP), which is targeting development of the XA101 variable-cycle engine for sixth-generation fighters. The main focus of these cycles is the addition of a third stream to provide additional combat power or range, depending on the phase of the mission.

The GO2 is designed as a drop-in replacement of the current F-35 engine and it will not require other upgrades apart from the propulsion system. Matthew Bromberg, president of Pratt & Whitney Military Engines says “There’s more we can do with Lockheed Martin and other suppliers if we go outside the engine, but this is all within the engine. It is leveraging all the bleed systems, the generation systems.” He did not, however, provide any further specifics.

Aviation Week reported that Pratt & Whitney refuses to provide any further details, however the article claimed that the company has run successful tests of a three-stream fan system on a modified F135 engine under the AETD program.

An article by the National Interest on July 21st provided a look into what Sixth-generation jet fighters might be. According to it Sixth-gen developers can be divided into two categories: The US, which has developed tow stealth-fighter types and countries that have skipped or forfeited developing their Fifth-generation jets. The second group includes Germany, France and the UK, as well as Japan.

Most of the concepts of sixth-generation jets are similar. Stealth and long-range missiles will remain a staple. Stealth is important due to new air defense systems such as the S-400. Long-range missiles such as the Kinzhal, Avangard or even the Burevestnik, together with the British Meteor or the Chinese PL-15 will be here to stay, especially ones that can move at great speeds and may not be detected by anti-missile shields.

The F-35 has sophisticated Helmet Mounted Displays that allow the pilot to see through the frame of the jet, allowing for greater situational awareness, while displaying key instrument data and allows for the targeting of missiles via a Helmet Mounted Sight. Currently these helmets have issues, however they are, according to the National Interest sure to become a staple.

As can be seen from Pratt & Whitney’s upgrades on the F-35 engine a significant pillar of future sixth-gen fighter jets will be more efficient engines that may be used on a larger airframe.

Another tendency, which can also be seen with China’s recent reveal of under development unmanned large submarines is the tendency to make unmanned fighter jets. Drone technology is already being used, however, according to the National Interest, navies and air forces have been slow to explore pilotless fighters.

On March 22nd, the US Air Force released a concept video of what a sixth-generation fighter might look like, among other future technology. The video shows the conceptual sixth-gen fighter jet, called the F-X using a high-energy laser to cut another fighter in half. Defense News has reported that the Air Force hasn’t selected a developer for the technology, however hopes are that it will be put into service by 2030.

RIA Novosti, a Russian state-run news agency, reported as early as November 2014 that Russia is working on sixth-generation fighter jets. According to CEO of Advanced Research Foundation, Andrei Grigoriev, at the 2014 Open Innovations Forum the jet fighter will be built from composite materials. His words back then were:”” Our mission is to lay the foundation for the creation of a 6th generation fighter. Several projects are under consideration. They focus primarily on materials and engines. An interesting project to create unique performance engines in cooperation with the consulting firm Lioulka is under consideration.”

Furthermore, TASS reported citing their own source on July 23rd that Russia may turn its new Okhotnik drone into a sixth-generation aircraft.

Prior to that, on July 16th, TASS reported citing their own source that Russia has tested onboard systems for a sixth-generation jet on its Su-57. Reportedly, these jets will be equipped with lasers which can physically burn an enemy’s missile homing heads. The fighters will also have electromagnetic guns and guided electronic munitions. However, TASS reported that there has been no confirmation of these tests Russia’s United Aircraft-Building Corporation, which developed the Su-57 jet.

An article by the National Interest from July 9th, also suggests that the future Russian sixth-generation jet may be equipped with a “stealth-killing radar”, it is described as a “radio-photonic radar.” Furthermore, the Russian Sixth-generation jets will have the potential to develop the hypersonic speed and enter outer space and the possibility to use weapons based on new physical principles.

As of right now the race for the first sixth-generation fighter jet is still on-going and there is little concrete information on what features exactly such an aircraft will possess.

whose we and what do you know? Because what you saying it is kind of ignorant.

Typical of many ignorant people’s view of China.

The F-35B employs VTOL technology purchased from the ex-Soviet Yak-141 program. All F-35 variants have notable overall configuration and design cues from the Yak-141 as well. See:

as
Reply to  Alexis Goldwasser

Well the US can’t built anything without german engineers

maybe before they talk about 6th generation, should make the lemon they build to be able fly first with out problems and the need for every hour flight to need 20 hours maintenance. beside all other problems that pester it due to poor workmanship.

buy a lada you have better luck and better quality.

…and when it’s fully working properly.

I wish all this technology would slow down a bit! It’s scary to think what else the future holds looking back over the past 20 years.

That thing has one big single hot engine that will stick out like dogs nuts to heat seeking missiles.

And it’s transformed it’s own weapon bay into oven. I have no idea how can they upgrade the engine into one better without major overhauling of the airframes.

“The Ugly F-35 Duckling”…is a literary fairy tale by American poet and author Martin Lockheed (2006-present). The story tells of a homely little Flying Piece of Crap born on a Junkyard who suffers abuse from the others around him until, much to his Grievance (and to the surprise of others), he matures into an even Uglier Heap of Scrap, the most Ugliest piece of Shit of all. The story is beloved around the world as a tale about Arrogance & Failure…the personal transformation for the Worse

That is what the Ugly F-35 Duckling Became…

I note the Israelis are ‘upgrading’ their F15s to complement their F35s. You can not have one of the flying gold vaults unescorted. The good thing about the US protection racket forcing ‘allies’ to purchase the F35, it proves there are some morons outside the US.

We are living in the Moronic Age.

6th generation: being able to fly unmanned, use swarming technology to control drones, include artificial intelligence deep learning and possess directed-energy weapons. capable of Mach 4–4.3, equipped with an anti-missile laser, and claimed
would be able to operate at very high altitudes and even in space (Near space).

A lot of jargon and no substance. I think they can not get around a too -hot engine and thus it is a dead-duck. 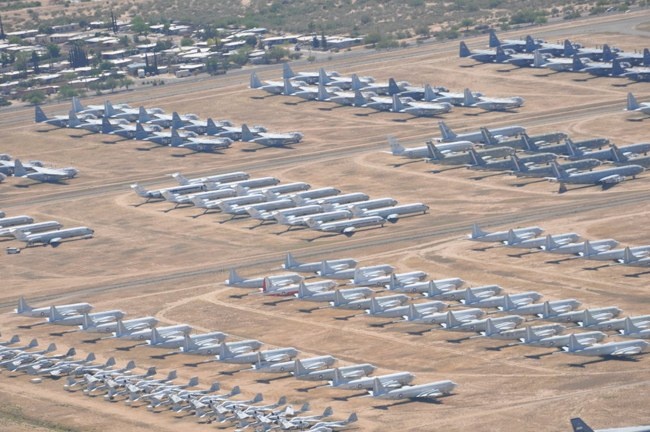 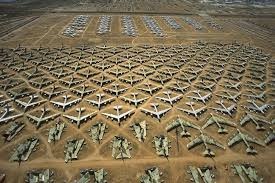