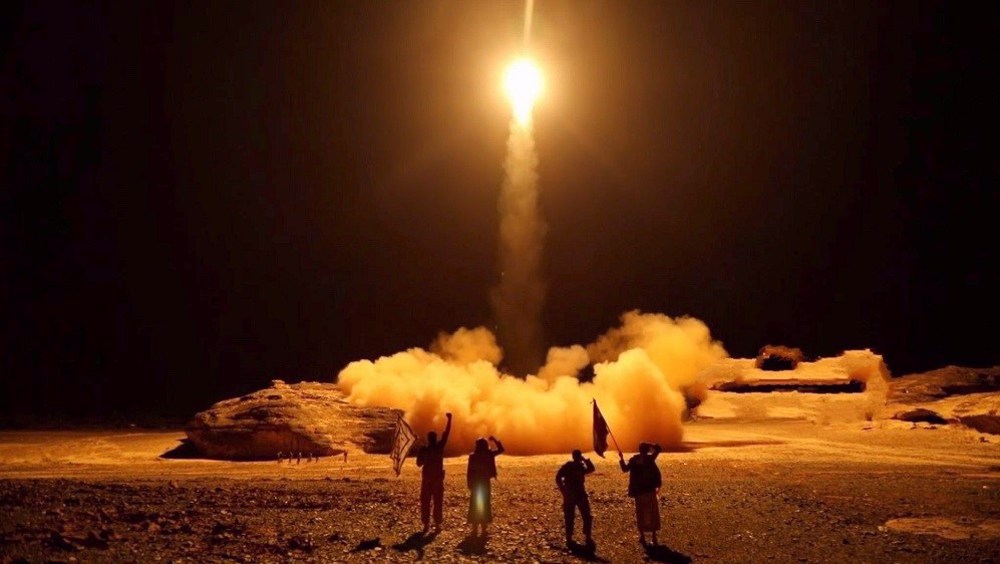 A large explosion that rocked the Yemeni capital, Sanaa, early on April 30 emanated from a missile and drone workshop of the Houthis (Ansar Allah), the Al-Masdar Online reported a day after the accident.

An unnamed security source in Sanaa told the news outlet that the workshop in question is located near the capital’s international airport.

“A ballistic missile exploded while it was being assembled inside a hangar that includes a workshop for manufacturing and assembling ballistic missiles and drones, northeast of Sanaa International Airport,” the source said. “The fire in the hangar and the explosions lasted for about two hours.”

According to the source, five military engineers of the Houthis were killed in the explosion. A number of civilians who live near the workshop were also wounded.

While pro-Houthi activists have already denied the claims made by Al-Masdar Online, the group itself is yet to address the alleged accident.

The Saudi-led coalition accused the Houthis of assembling and storing advanced weapons like ballistic missiles, suicide drones and air defense systems in Sanaa and its outskirts on countless occasions. Only on a few of these occasion the coalition actually presented an evidence to back its claims.

The alleged deadly accident in Sanaa came amid a ceasefire between the Houthis and the Saudi-led coalition. The ceasefire agreement, which was brokered by the United Nations, entered into effect on April 2 and was set to end on June 2. However, it was extended at the very last day until August 2. Currently, the UN is making efforts to further extend the ceasefire.

‘The Saudi-led coalition accused the Houthis of assembling and storing advanced weapons…’ Why not, it’s their land is it not?

I take this opportunity to accuse the saudi admin of storing oil and assembling equipment for the extraction of, plus all their american and nato weapons. At least the Houthis are making their own and having some success.

China and Russia should send the Yemenites heavy weapons and air defence and anti ship missiles to stop the unprovoced and unseen before war of agression of Saudi Arabia against the innocent civilians of yemen.

Hm seems it only counts if the agressor is not friends with the US.

Then of course the defender is the terrorist …

Sad accident. The Houthis are brave people and may they achieve total victory against the Wahhabi dogs of Zionism. JAI ANSARALLAH!