Milica Đurđević is the founder, spokeswoman and the member of the Serbian movement Zavetnici. She graduated from the Faculty of Political Science and few days ago she organized the anti-NATO protest which took place in Belgrade, Serbia. 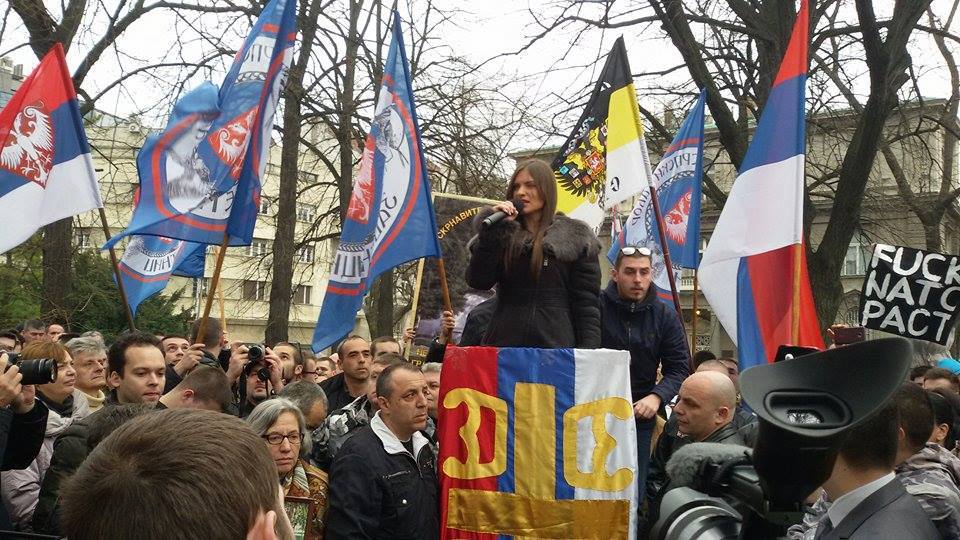 Due to the large number of people who attended the anti-NATO protest do you think that Serbia and the Serbian people are beginning to wake up?

The Anti-NATO protest in Belgrade which gathered more than 15,000 citizens launched a wave of changes in Serbia and encouraged many who have for years awaited awakening of the people. More than 15 years of disastrous policy of Euro-Atlantic integration are accompanied by propaganda on unprecedented scale which had the aim at the Serbian people who have always stood up first against the occupation, so the people would remain silent while they kidnap the territorial integrities, natural and economic resources, and insult the people’s honor and dignity.

Finally, after years of apathy the Serbian citizens rose up to encourage high treason of the ruling structures which have adopted a law on cooperation with NATO which will bring the consequences of unforeseeable proportions.

The regime controlled media tried to cover up news about the protest, but this time they failed to hide the truth – that the citizens of Serbia woke up!

How far are you willing to go to fight against the current agreement?

We do not want only the personnel, but also substantial changes! We will fight with all legitimate and legal means against the occupation. We insist on calling a referendum on cooperation with NATO, and if the government will ignore the will of the people and will not call a referendum, we’ll gather in even greater numbers. On 27 March 1999 Serbs shot down a NATO aircraft F117, a so-called Invisible plane. Therefore we hope that this year on 27 March we’ll shot down the NATO policy in Serbia.

Serbia in NATO or NATO in Serbia, how much of it is possible?

NATO is already on the territory of Serbia, in Kosovo and Metohija, where they established a military base Bondsteel. Adoption of the Law on Cooperation with NATO is an attempt to establish the control also in the rest of Serbia. It is known that in 2004 an organized massacre against the Serbs was committed, in the presence of NATO forces. Our medieval shrines were completely burned down, the civilians were killed and more than 10,000 Serbs had to leave their ancestral homes. NATO is not a guarantee of stability, but the cause of terrorism. This is now a fact known among an increasing number of people throughout Europe including the people in the Balkans. 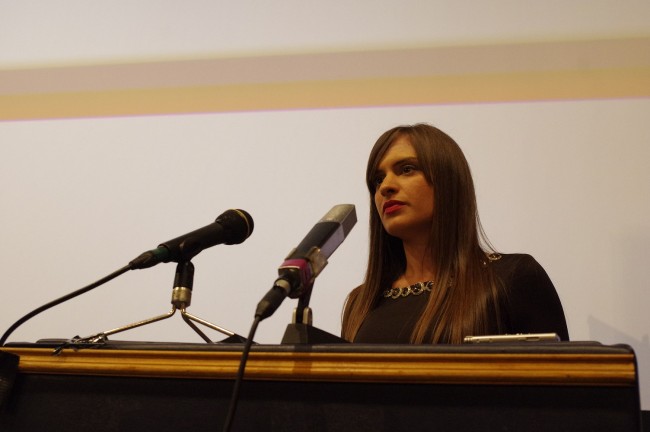 Does Serbia need the European Union?

The first task of the first responsible government which will work in the interest of the state and the nation is to urgently examine all agreements which Serbia signed on the way towards the EU. We believe that it is necessary to consider all the consequences for the Serbian economy, the domestic market, security and military potential and a number of other aspects. In particular, we must take in consideration that for the sake of EU we should give up our sovereignty and territorial integrity.
The European Union has shown that it cannot meet the challenges of terrorism and migrant crisis which is why its citizens are losing confidence in the superstructure.

What do you think of Aleksandar Vučić and Tomislav Nikolić?

I’m ready to show respect to people with whom I do not share the same opinion, to recognize different views on the political situation and the direction in which Serbia needs to go, but the Prime Minister and the President of Serbia belong to that category of people who have failed on one of the most important exams – they failed on the exam of consistency and principles. That is why today they are not only political opponents of different positions, they are political caricatures which have changed not only the parties and attitudes but also the life and ideological persuasions.
The results of their rule in Serbia are the agreements that conflict with the constitutional order of Serbia, because of which they will most certainly be suit for high treason. They are part of the decades-old party structures in Serbia which wrapped the state and the whole nation in a black. 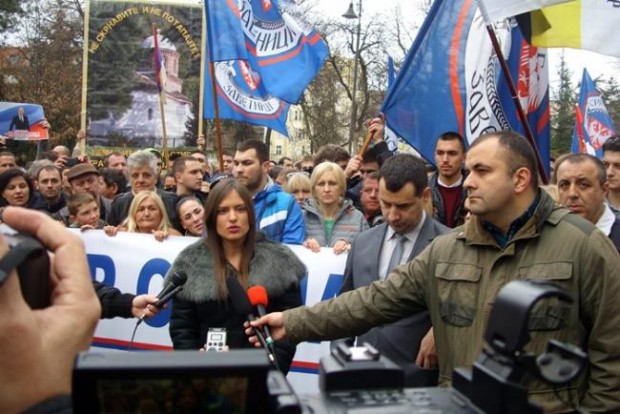 Do you think the current geopolitical way of Serbia is proper and natural?

Serbia urgently needs a foreign policy shift towards proven historical allies and all those countries that respect its national interest. Not only Serbia but the entire Balkans have alternatives to strengthen strategic cooperation with CSTO and BRICS countries. In time to come, before global issues, terrorism and migration crisis, we must turn to those who have the power to solve this problem at the source. Otherwise we will become a colony and the scene of conflict for which we are not responsible.

What results doyou expect in May when the elections will take place?

The members of the convocation Zavetnici are gaining increased support on daily basis due to the fact of open and reasoned speeches on matters of substance. I am convinced that we will be the biggest surprise of the upcoming elections at all levels.

Do you believe that the Serbian people are ready to revolt or do they still spend too much time in front of reality shows and remain dormant and hypnotized?

Reality Show programs are based on that famous slogan “bread and games”, only that in Serbia there is no more bread! Serbs are known throughout history to suffer hunger and poverty, but not the injustice and humiliation. Let me remind you of the famous anecdote when King Milan asked his messengers how is the situation in the nation, if people are rebelling. When they said to him that the people are angry and loudly criticize the authorities, he always replied with the words “make it even more tighten”, but when he got a response from the messengers: “Your Majesty, the people are silent!”, He hurried with the words: “Loosen up!”

Authorities in Serbia have forgotten the lessons from their national history, in the nation’s silence they did not recognize the calm before the storm. Exactly after years of silence – we got up!

Serbia for indigenous Serbians! Foreign-racist colonialist bigots out! NATO and the EU are both Zionist-supremacist organizations. Time to liberate the natives. http://indigenouseuropeans.org/

“is to urgently examine all agreements which Serbia signed on the way towards the EU. We believe that it is necessary to consider all the consequences for the Serbian economy, the domestic market, security and military potential and a number of other aspects. In particular, we must take in consideration that for the sake of EU we should give up our sovereignty and territorial integrity”

She is very smart and well-spoken, and with leadership skills. Milica Djurdjevic for President or PM of Serbia! She is the kind of leader Serbia needs more of – not the phony lying puppets it has now.

At least Russia is not bombing Afghani weddings like Us is.