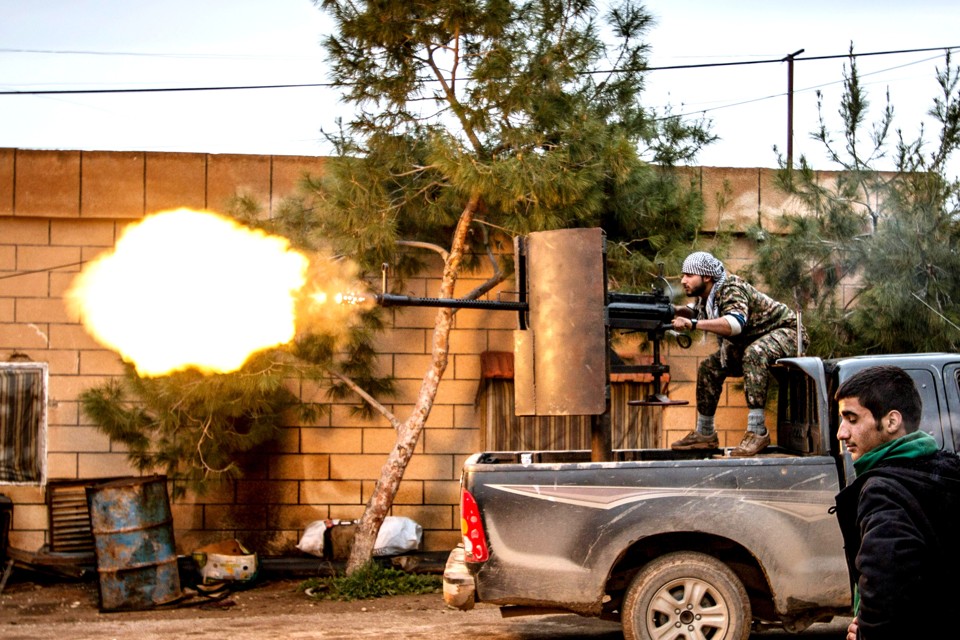 A senior Iraqi security official who wanted to remain anonymous told Fars News on Saturday that they have “compelling evidence that a US helicopter landed in Albu Arim palms of Fallujah city to take out the ISIL leaders who were in contact with the Americans.”

He added that there was more American aircraft flying over the region, probably to protect the airplane which was boarding the ISIL leaders. The security official is certain that the US saved the ISIL leaders from possible attacks by the Iraqi Army and security forces.

He continues with the fact that the US has provided the ISIL with intelligence about the Iraqi forces, their positions and targets. Iraqi officials have on many different occasions witnessed how the US and its allies supply the ISIL in Syria with arms, ammunition and food under the pretext of fighting the Takfiri terrorist group.

According to him the Iraqi forces found a lot of TOW-II missiles from the Takfiri terrorists in al-Karama city of Fallujah. The missiles were brand new and the ISIL had transferred them to Fallujah to use them against the Iraqi army’s armored units.

Also in February 2015, a senior lawmaker disclosed that Iraq’s army has shot down two British planes carrying weapons for the ISIL terrorists in Al-Anbar province. The same month the Iraqi forces discovered US-made military hardware and ammunition from terrorists in Beiji.

“The Iraqi Parliament’s National Security and Defense Committee has access to the photos of both planes that are British and have crashed while they were carrying weapons for the ISIL,” Head of the committee Hakem al-Zameli said.

Coordinator of Iraqi forces Jafar al-Jaberi said that that US planes have dropped weapons for the ISIL terrorists in the areas under ISIL control and even in those areas that have been recently liberated from the ISIL control to encourage the terrorists to return to those places.

In January 2015 another senior Iraqi legislator stated that the US-led coalition is the main cause of ISIL’s survival in Iraq. He said the coalition’s support for the ISIL is now evident to everyone.

Jome Divan, who is member of the al-Sadr bloc in the Iraqi parliament, said that “the international coalition is only an excuse for protecting the ISIL and helping the terrorist group with equipment and weapons.

I would guess, no ISIS leaders, but CIA assets.

please educate me here….why is the ussa still in Iraq? and why has iraq not kicked out the ussa since it knows beyond a shadow of a doubt that the ussa is the provocateur in the ME??

not trying to be a smart as but as mentioned in another article the ussa has created such a Charlie Foxtrot that it hurts my head trying to follow all the actors….