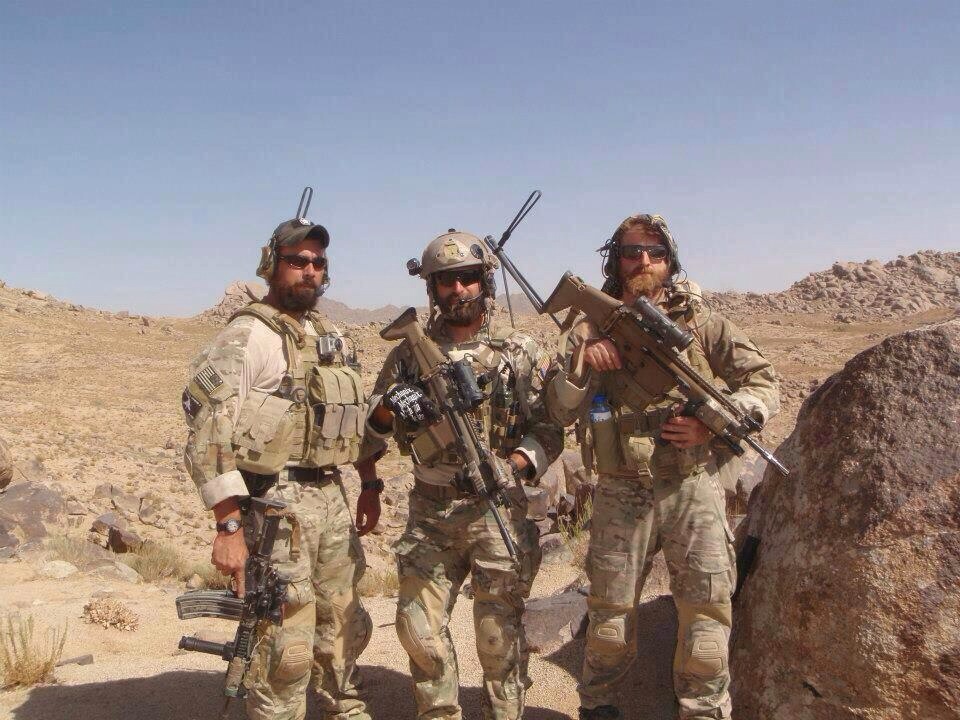 An US combat group

Originally appeared at Moon of Alabama 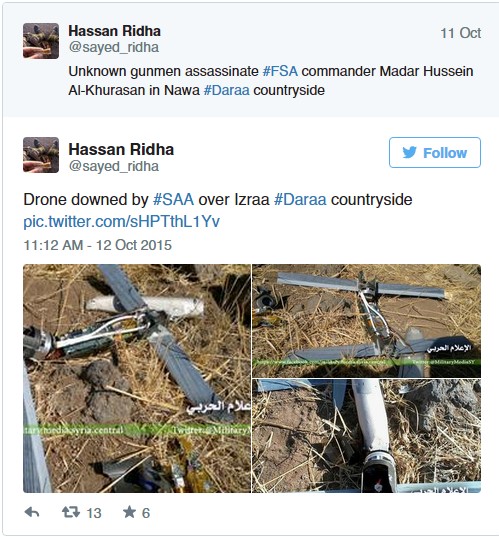 The various munition experts on Twitter agree that this is debris of an Aerovironment Switchblade (Datasheet-pdf) loitering munition “for use against beyond-line-of-sight (BLOS) targets”:

This miniature intelligence, surveillance, and reconnaissance (ISR) and lethal platform can be operated manually or autonomously. Switchblade provides the operator with real-time video and GPS coordinates for information gathering, targeting or feature/object recognition.

The switchblade has the size of a remote piloted hobby plane but features a visual and infrared camera and an explosive charge. It can be “suicided” on a target. According to the datasheet the battery powered killer drone has a “10 km radius of operation”.

Izraa, where the debris was found, lies (map) at the crossing of the M5 highway from Amman in Jordan north to Damascus and road 109 which runs west to east through south Syria. Izraa is about 40 km north of the Syrian Jordan border and 40 km east of the Golan demarcation line. Anyone who used this armed drone must have been on Syrian ground.

The U.S. Army and the U.S. Marine Corp are the only known users. Since 2012 the weapons has been used in Afghanistan. The system surely requires significant training. Controlling a remote plane 10 km away over unknown terrain is not easy. This excludes the use of the system by some more or less untrained Syrian mercenaries.

My conclusion is that U.S. soldiers, likely some special forces, are in south Syria on Syrian ground on either reconnaissance or targeted killing missions. This is an invasion in violation of international law.

Russia plans to more than triple the airstrike sorties it flies per day in Syria. This to support the several thousand new fighters coming in now from Afghanistan, Iran, Iraq and Lebanon to help the Syrian government and its people.

There should then be enough available flights and men to expulse the intruders from south Syria. 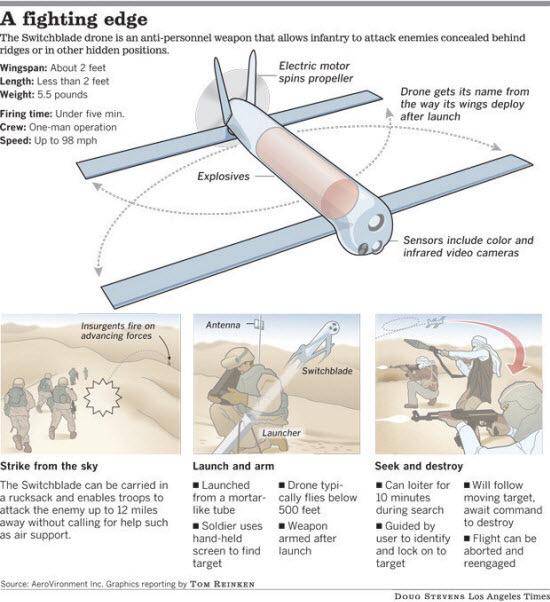 Who needs evidence? The US were announcing that Syrian/Iranian forces were ‘getting too close’ to Al Tanf and ‘threatening’ a NATO ‘training mission’ there. The former were then shelled and number of vehicles destroyed and personnel killed – primarily described in US media. The Syrians did an ‘end run’ round Al Tanf, leaving the training mission sucking air on the now quiet (except for one ISIS ‘retreat’ shot up while trying to enter Jordan) Jordanian Border ( there was a US invasion force deployed there at one point) and securing the Iraqi border east of that place. Leaving Syria accessible to Shiite militias from Iraq.