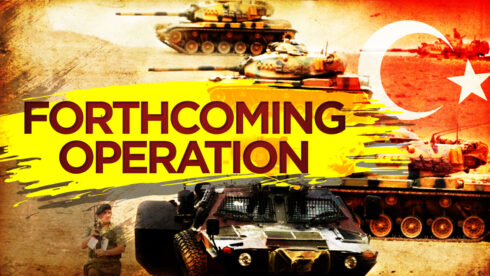 The situation in Northern Syria is gradually escalating. Amid reports that Turkey is preparing to launch a new military operation in northwestern and northeastern Syria, all the forces deployed in the region are actively preparing to the upcoming hostilities.

The Syrian Arab Army (SAA) is sending its military reinforcements to the region. On November 2, another SAA military convoy was spotted moving towards the area of al-Bab. 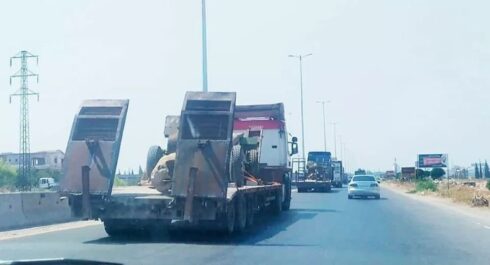 At the same time, the US-led international coalition sent large military and logistic reinforcements to north-eastern Syria. A large convoy of the International Coalition consisting of about 40 trucks arrived in Qamishli from Iraq on November 1.

The next day, on November 2, the second convoy of the International Coalition crossed the Syrian-Iraqi border. It was spotted heading towards the US bases in the territories controlled by the Kurdish forces in the Syrian Hasakah province.

Meanwhile, US forces are carrying out military patrols on the road between Tel-Tamr and Hasakah. 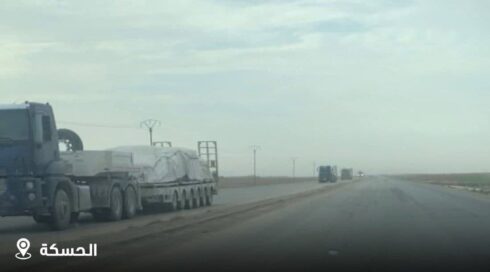 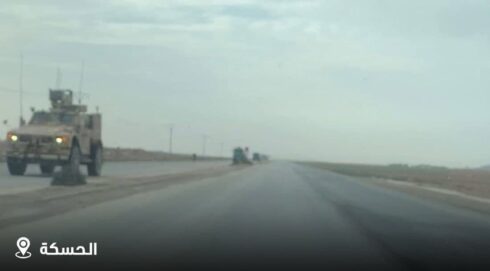 #Qamişlo: The US-led International coalition sent large military and logistic reinforcements to NES. This comes a day after the Turkish regime called on US President Biden to cease support to the SDF.#Turkey #SDF #Rojava #Syria #G20 pic.twitter.com/2ZQeftcDGT

In their turn, Russian forces continuesly demonstrate their readiness to deter Turkish militery in Northern Syria.

The SDF have recently conducted military exercises in the area of the town of Ain Issa, located in the north of Raqqa. According to several reports, the units of the SAA and the aircrafts of the Russian Aerospace Forces (VKS) also took part in the trainings.

The Russian flag was raised over an unidentified facility in the town of Ain Issa, which has been recently targeted by the Turkish Armed Forces and Turkish-backed militants. 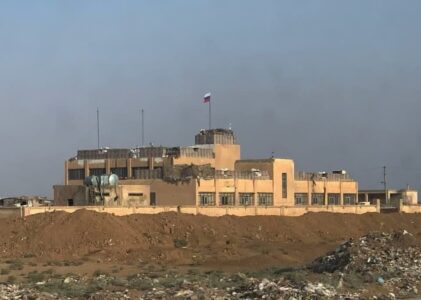 Increased activity of Russian military was noted in the area of the town of al-Qamishli.

On November 2, eyewitnesses filmed a Russian military column consisting of armored vehicles, tankers and engineering equipment, heading towards the al-Qamishli airfield, where VKS aircraft were reportedly deployed a few days ago.

Despite the comments of the spokesperson for the Turkish Defense Ministry that the deployment of the Russian Su-35S fighter at the air field was not a dislocation but a one-day event, the satellite imagery is circulating on social media, allegedly proving the presence of various Syrian and Russian military aircraft at the al-Qamishli air field, including Su-35S fighter. 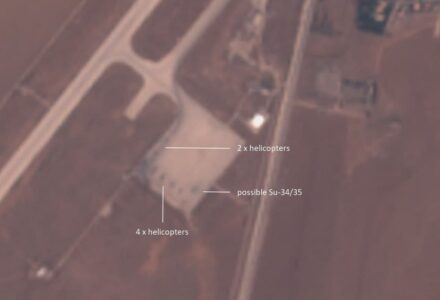 On November 1, the 77th joint Russian-Turkish patrol took place in the northeast of Aleppo province. It consisted of 8 vehicles and was accompanied by 2 Russian helicopters proceeded through the eastern neighborhood of the town of Kobani. 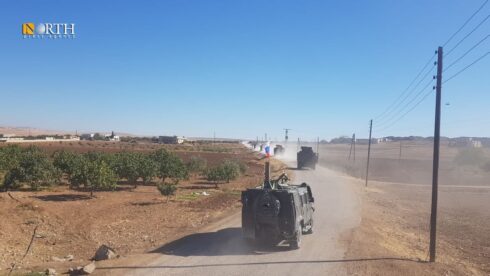 On November 2, MI-8 and KA-52 helicopters in the VKS were spotted over al-Bab and the village of Tatev, located in the north-east of Aleppo province. According to the statements of the Turkish Air Force, helicopters were taking part in another joint patrol. 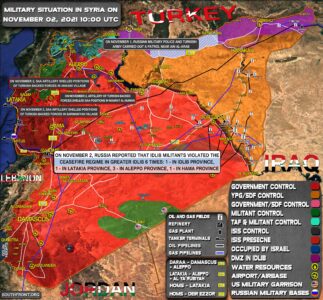 Now the usa, the zuonists wants to gradually turn the rjose of liberation of Syria, just like we forgot what tukray did when it stopped SAA roll on the Idlib. Just, bring it on, you backwards anatolian scum, just bring it on. No, you won’t attack sdf kurds, they’re your best friends and excuses for aggression on Syria. Sdf bunch of clowns. This aggression will be met with SAA real force. You fight fir others and money, we fight for our hearts and fatherland. Who have upper hand? As I said, you traitor, just bring it on. This northern Syria won’t be turning to another Al Jawlan hights.

anus you getting exciting again…

Yea, to fuuck you, always do.

Calm down no need to get exciting. Think about your poor heart .

How can Syrian Araba Army take a position with SDF, and Russia and America. It’s totally nonsense. They play enemies (russia and america) but whenever if it is something against Turkey, they will cooperate? Bullssht!

It is becoming more and more clear that the U.S/Israel/Russia/Europe alliance against Turkey is a real thing. All these guys are now uniting to oppose a Turkish operation against a group that seeks to break up Turkey and form another country. The U.S plan to destabilize Turkey failed and will continue to fail. Obama and his clown thought Turkey would be an easier nut to crack than Iran. After pissing off the Turks, all America’s allies in the region will be destabilized and the U.S petrodollar pillars shattered, God willing. One good thing about the recent military moves against Turkey by all these western countries is that the opposition in Turkey are getting increasingly exposed. More than 80% of Turks consider all these countries an enemy of Turkey. The opposition is being supported by these very people and it’s clear from the Media that they want to do all they can to topple Erdogan. Too late, Insha Allah. It’s very important for Turkey to arm up big time. The mounting challenges will add more urgency to completing the various weapons programs, and right now, Turkey’s engineers are working round the clock to complete these projects (jet bombers, fighter drones, air defense systems, border control systems, ships, tanks, missiles, and nuclear technology). Erdogan warned that if Turkey is attacked, foreign forces will be invited to fight on Turkish soil. I suspect these would be Pakistan, Azerbaijan, Qatar, and Somalia. This motion was passed by the Turkish parliament just weeks ago, giving Erdogan the full power to invite foreign troops if and when necessary. So, Turkey isn’t alone! We’ll see how this play out, but Turkey must not tolerate the SDF hiding behind Russia and America to carry out destabilizing acts inside Turkey. Our prayers with the Turkish troops on the field. We’ll see who God gives victory.

Last edited 9 months ago by The Objective
-3
Reply