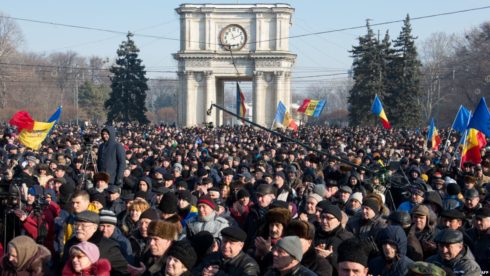 On October 9, the European Parliament’s Committee on Foreign Affairs adopted a critical resolution on the situation in Moldova. The resolution said that the country had been “captured by oligarchic interests” and added that the EU should no longer aid the country at least until after 2019 elections.

“Moldova is captured by oligarchic interests with a concentration of economic and political power in the hands of a small group of people exerting their influence on parliament, the government, political parties, the state administration, the police, the judiciary and the media,” the resolution said.

The document also adressed the current political and social situation in the country.

It’s interesting to note that Moldovan oligarchs, led by Vladimir Plahotniuc, have been for a long time employing a pro-Western and anti-Russian policy. However, they have crossed all red lines and even the EU is not ready to support them now.

One of the recent stepts taken by the Moldovan rulers is the case with the mayoral election result in Chisinau in June. The election results were annuled.

The current complicated situation in Modlova impacts interests of all major players operating in the region. So, the question is how will Moscow react to the ongoing crisis? On the one hand, the current Moldovan political elites have clear anti-Russian sentiments. On the other hand, Moldovan President Igor Dodon is at least formally a pro-Russian politician. According to some experts, it’s not likely that Russia will follow steps employed by the European Parliament and will condemn publicly the situation in Moldova. The reason is that a common approach of the Russian leadership is to employ a policy relying on personalities.

What a surprise :) EU see that their creation is misbehaving a little? Probably didn’t receive their monthly share.

Why is EU’s creation, isn’t Moldova the most pro-Russia country, in Europe, after Belarus?

What planet you are from? Moldova has association with EU and Visa free travel to EU – much much earlier than Ukraine.

Their president, Igor Dodon is a friend of Putin along with Belorussian Alexander Lukashenko. From what I know they can free travel in Russia too.

Their president Igor Dodon is pro Russian but according to Moldavian rules his power is very limited. Their parlament is owned by one party which belongs to one oligarch.

Partly true as well. Its complicared, but when You even write Yourself, thar Mr Bacon is from another planet, Your insight seemes to be very limited.

Some might compare a little with Cyprus as member of EU.

Thats partly true. Its divided in 2.

Its not made by EU at all. Actually its an old and always desputed area. The main dirty fingers from 1945 has been the Russian ones and the hoping ones of Roumania.

Good old maps about it and the history too. https://www.britannica.com/place/Moldova

Yes, organized crime is a big problem in Eastern Europe but this is not the way to handle it and the wording suggest there’s some sort of argument involved.

“lack of fair and transparent elections as well as an impartial judiciary system, and insufficient anti-corruption and anti-money laundering efforts.”

Had to laugh when I read that – shall we include US on the same list?

Hardly. USA has many levels, states and are ruled in counties. Even Leaders of the police can be replaced by elections.

USA would have collapsed as a state, if it was even close to the Moldavian conditions. I admit as You write, that USA is not well organized in the top for the moment.

But they were at Obama, Clinton and many others.

What the EU is charging is that somebody else, not the EU, has taken charge.