The European Parliament has adopted a resolution on a need to combat “propaganda, which is carried on by Russian media.” 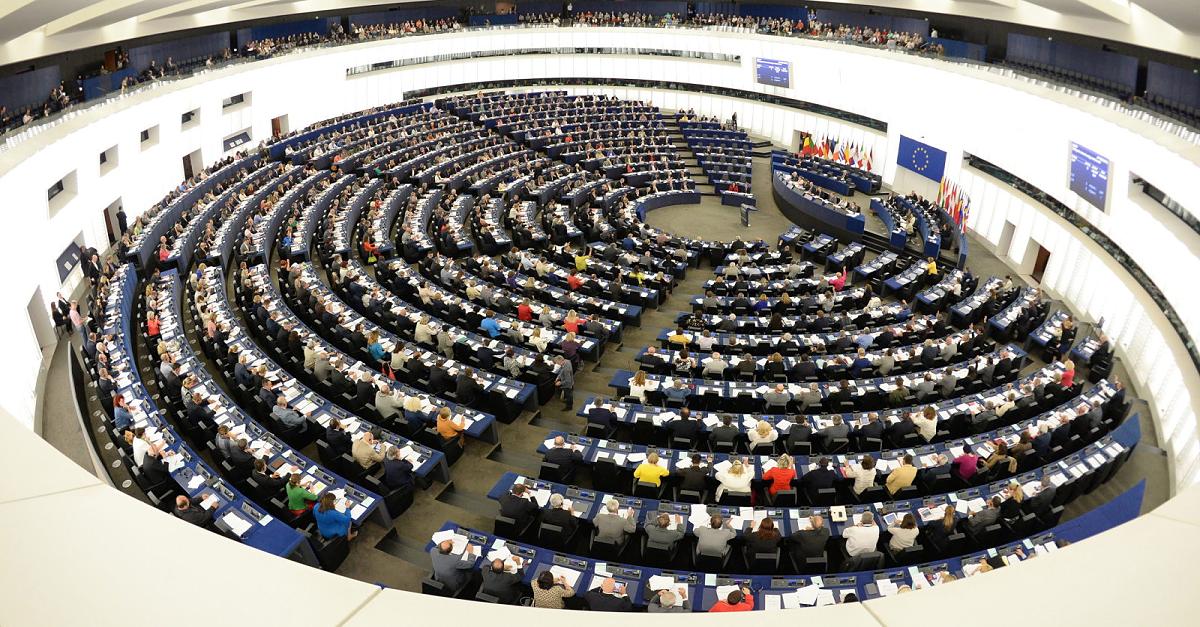 A resolution on a need to combat “propaganda, which is carried on by Russian media” was adopted by a majority vote of the European Parliament. In total, 691 parliamentarians took part in the vote, less than half of them (304 people) voted in favor of adoption of the resolution, 179 parliamentarians voted against it, more than 208 people decided to abstain from the voting. However, this did not prevent the European Parliament to consider that the resolution was adopted.

The document states that “Moscow carries on propaganda against the European Union” and it is necessary to create an effective juridical tool that would “confront the Russian propaganda.”

A draft of the resolution was introduced on initiative of Anna Fotyga, a parliamentarian from Poland, who said that Russia allegedly provides financial support to European opposition parties in order “to sow discord within the single European society.”

The Russian Sputnik news agency, which was named among the main information-related “threats” to the EU and its partners in Eastern Europe, has already announced that the resolution is blatant discrimination, and the international community must speak out against.

The news agency also reported that a relevant letter, signed by editor in chief of Sputnik, Margarita Simonyan, has been sent to the European Parliament.

Meanwhile, Russian President Vladimir Putin congratulated Sputnik and the RT TV-channel, which also was among “threats” for the EU, on effective work, and condemned the decision of the European Parliament, saying that it is an “evident sign of degradation of the Western society’s vision of democracy.”

“More recently – and these attempts are still ongoing – they [European officials] tried to ‘teach us’ democracy, and we have always heard from these ‘teachers’ that the most vicious way to do business with opponents is to ban something and that it is not consistent with the principles and norms of democracy. Open discussion is always the best way,” Putin said. “If such a decision [of the European Parliament on the fight against Russian media] is adopted, it says that we see a quite obvious degradation in the political sense of this word of the vision of democracy in the Western society.”

The Russian President also added that he hopes that common sense would prevail and there would be no real restrictions concerning the work of Russian media.

So, it seems like if the West finances some Russian oppositionists, and Western media call such oppositionists “fighters against the regime,” it is a common practice, but if Russia affords a symmetrical response, then it is already “propaganda.”

Some MPs urged to introduce censorship requirements as an “effective juridical measure” against Russian media. Apparently, this is the famous European liberty of speech…

However, not everyone was inspired by initiatives of Russophobes. In particular, a MP, representing the Spanish delegation in the European Parliament, wondered if the resolution was adopted on “Russian propaganda,” then why does not anybody initiate adoption of such a resolution to counter propaganda of the US? The question of the Spanish MP remained unanswered.

The main goal of the initiative is budget increase and reallocation of funds. Anti-Russian hysteria is used just as a tool of earnings. Such actions of the European Parliament in conditions of crisis in the Euro-zone and lack of funds for implementation of real projects within the EU demonstrate a special cynicism of eurocrats. It is another symptom of a complete loss of connection between eurocrats and population of EU member states.

Two hundred eight parliamentarians abstained from the voting due to understanding of absurdity and irrelevance of the resolution, as well as for a fear to express their political position openly in front of eurocrats, who sit in departments and distribute funds and affect budgets, administrative issues and appointments.

Lol … as they are importing millions …

The EU is dead as a project. The chamber is full of useless welfare queens.

No. The BNP is bigger than USA and Russians are BNP like Spain.

Be a dead projekt Yourself.

I think you mean GNP? And the EU’s GNP is just a number. If enough states involved abandon any interest in the EU, then the sum total of their GNP is pure irrelevance, as far as the viability of the EU.

Seemes to be BNP=GNP. Mine is named Brutto National Product.

Of course, Your are right about abandoning can make differences. Thats why they are done.

But cant see anyone in the world of importance has that possibility at all, because its a part of the world economy as EU and as singles.

A little strange to me You name GNP irrelevant, when its used all over the world to show industrial production as well as wellfare compared to others.

I cant agree with Nexus123. Just because EU has problems, it doesnt mean they as well as the production is dead. I hope there will come a kind of “Light” EU, but even not, the biggest partners in it will remain as big importance.

Dont think You and many others see the world as it is.

What I am trying to say is that the EU’s impressive GNP is meaningless if enough states stop participating in the EU in a meaningful way. At that point, their individual GNP won’t be part of the EU’s GNP, and so, the EU’s GNP is not a measure of it;s viability, because if nations drop out, that number will shrink. I don’t mean that Europe won’t still be important, but rather that the EU may become meaningless. You see what I mean?

I do see, what You mean. But its more like the worst hopes of russia as well as several other countries and will never be a kind of reality.

EU is a demand of solidarity trying to help each other. But its seen, that many things are not working as hoped. The money parts are mainly spent and not invetsted and too many rules are more as rope around national identity.

So when You loose up, the main part of the EU of today get more freedom to do, what they want and more money for it too.

Some of the mad things wont happen again. I give an example. Jobs are moved to eastern europa by money help by EU. The country is given money too, but it doesnt give any new jobs in EU – just lower paid jobs.

Another could be producing electricity. It has to be sold to market prices, but who would like to have windmills all over, if they dont gain for them. The main person/family are not stockholders in the windmill market.

You also have to pay extra tax for producing electricity for trying to be more effective, but thats because el. production is based on coal and coal pollute.

But if You produce electricity direct clean by the wind using no coal, You have to pay tax as well.

EU probatly wont fall apart as You see it at all and the rich ones in EU can help the more poor ones in ways, which make more sence.

Sure, the EU could work a lot better, and provide real benefits to it’s members. But do the people running it have the will or ability to create a less bureaucratic, more efficient, more open and user-friendly structure? The answer to that question is what we are dubious about here.

Well, it will not be like Bolsjevicks could take over Russia.

I see it more like members are able to decide they are more or less associated hjaving there own needed reforms and not much support for paying, whats ineffective and eaten up.

Greeks seems to be one of the worst according to economy. They should be in line with us, but they have used the money to keep them low productive for more years.

You see the same kind in human right here and there in Old East Europe. Why should it be allowed beggers, thieves and minorities to come and settle here – on the streets. We have our own, which we pay fortunes for giving them a life – or close to.

EU also are dominated by Roman old court, which is very hard to understand and accept here in North. We have made our own systems since protestansy arrived. It even seems some marginals better – but the main thing is – that we have to turn a lot totally upside down.

We have black spots in ours too and new things are comming. Fine to make IT, mobiles as new the same all over – Several spots in human rights could be better a.s.o.

But the main thing was innovation and more effective production as well as no starving anymore.

But who is making the highest BNP. Thats in North in spite of all trouble.

Therefore many think its too much or rather too much wrong and You get soem kind of anarklistic opposition – Where its tempting to campare some with the elction og Trump in stead of Hillary. Too much make those understandable reactions and the elect cleaners with almost no solutions.

I cant see EU fall apart being nothing and some kind of catastrofe. The skeptics are right in understandable and those facts has to be corrected and might make local temporary downs and noise.

Some will be going back, but some cleaning is very needed, if EU cant do it as one.

Isn’t it the point of free speech. Or it is free only when it is pro EU?

bork – And silent is golden.

exactly. they should be silent in that European Parliament