European NATO allies have agreed to jointly show the US that they are serious about their own security. 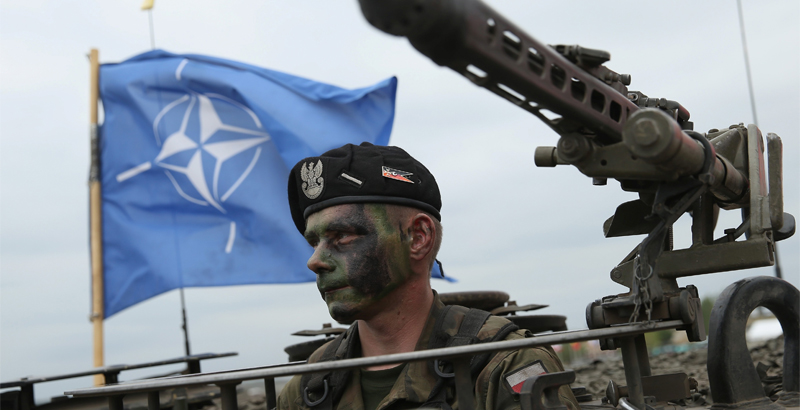 On Thursday, European NATO allies agreed to jointly purchase submarines and planes, as well as to possibly open a new command headquarters for elite troops in order to show the US that they are serious about their own security, CNBC reported.

Reportedly, during signing ceremonies at NATO, the French and German Defense Ministers said that they will buy the Lockheed Martin C-130J transport planes, while Belgium, Germany and Norway will join a Netherlands-led fleet of the Airbus A330 tanker planes.

“This multinational cooperation through NATO is a clear way for countries to significantly improve their armed forces while ensuring the greatest value for money for their taxpayers,” NATO’s deputy secretary general Rose Gottemoeller said.

The allies also plan to establish a new command centre for the Danish, Dutch and Belgian Special Forces that could be used by other NATO members. According to NATO officials, the new headquarters’ location has not been decided.

In addition, France agreed to allow Dutch and Belgian jets to fly into its airspace in the case of a conflict with a foreign threat that means that from now, Belgian and Dutch fighter jets will no longer have to turn back at the French border if they are pursuing an enemy plane.

Other plans include a decision of Germany to join a European multinational fleet of Airbus tankers, buying of a new class of submarines, known as U212As, by Norway and Germany, as well as joint training and deployment of the German, Romanian and Czech land forces.

According to NATO Secretary-General Jens Stoltenberg, the allies faced a “more demanding and challenging security environment,” and the alliance must respond to this. “This is a way to make what we do more efficient, and increase output,” he said about the signed agreements.

Peace through strength baby!It seems Russia has the military edge in Europe arm. That said if Russia was going to attack NATO ,they would have done it already when NATO was at its weakest. But damn Russia is putting together the finest tank army in the world in such. It would be foolish to sit by

NATO is still weak and how long will it take for the new weapons and systems to enter active stage? It is not as though they have created anything in the 21st century that actually works.

Russia, spends a fraction on her defence ($600 billion US and $60 billion RF), yet it works and which is why she has the most powerful military in the world, despite being number 2.

European countries have been unwisely spending their “peace dividend” after the collapse of the USSR.

They spend the money on social security, not bad in itself, and rapidly degraded their militay capabilities, some, like the Netherlands, to the point of having no more tanks, hardly any fighter planes, reduced navy etc. Spare parts are scarce.

Now we have to pay the price for stalling when Russia started to spend heavily, some years ago. We shall have to pay premium prices to reequip, but we will.

The sense of urgency to invest much more money is there and just the Netherlands will have to allocate billions more each year.

One remark about the sums involved. A standing army in the West, being an all volonteer army and reasonably well paid, is expensive just by existing.

It is the same in the UK, we sent most of our stuff to Turkish scrapyards, after £multi-million refits and part exchanged what was left, for the F35 junk, which does not work.

We agree and disagree on parts, but, although a BREXIT voter, it was not personal. All the nations of the EU are brilliant and should be proud of their culture and traditions. The same with the US, it is just the globalists who want one size fits all, with genocide in many nations thrown into the mix, that, personally I cannot handle. Us, the citizens of our various nations, have so much to be proud of, past and present, good and bad.

Actually russia’s defence spending is flat lining and they are moving to a non conscript military.

Their procurement program is geared towards replacing lots of older assets with fewer more capable assets and their military posture is defensive.

Hardly the profile of a nation gearing up to invade europe. So all the dumb euros are doing is feeding the US defense industry.

Europe is being invaded by 7th century cultists and US Mercenaries (US military).

I do not doubt you at all. The difference still is you started a procurement program upgrading your military while in the most of Nato countries there was no procurement at all. The dutch for example have not invested in one single extra airplane for 30 years, we only sold a lot of our planes and invested a little bit of money in some upgrades.

We sold our tanks, most of our APC’s and only bought a few new APC’s.

We sold the bigger part of our navy and replaced them with a few new ships. Capable ships, but just a few.

We have just started what you started some 5 to 8 years ago, replacing systems with newer ones where we already long ago scrapped the older systems.

Our politicians have just been fools and idiots.

Being English and loving my nation of old, I never, ever thought I would respect the Russian Government more than my own. Heyho, away we go. Then along came the idiots we elected, for so many decades and so sorry to world peace. We are seriously stupid.

Russia spends $60 billion on defence, she is the most powerful military in the world, despite being the 2nd largest. Do not trust us in the West, but, keep spending wisely and stay ahead of the game.

Russia, was overthrown in 1917, by the Bolsheviks. The foundations of the Soviet Union were then laid down. 1991, the Soviet Union fell, and 15 nations emerged. The Russian Federation went back to the Christian Orthodox roots of the Russian Empire, finding friends and partnerships in their multi-polar relationships with the emerging economies. They only defend, when attacked, apart from Syria asking for help.

Personally, I trust Russia, more than my own Government. How many billions does the UK spend on International Aid and Soros funded nations, that are going through regime change, in order to raid there natural resources?

Really? The US has the largest and most expensive military, but sadly, the $billions that have been spent, were not spent wisely, but, the shareholders were happy, even if the weapons that were made in the 21st century do not work. Russia, has the 2nd largest military (but most powerful), followed by China, who also have the largest Army. 4th is India (the RIC of BRICS and the 3 of them nuclear powers). At the moment, I believe France is next and then the UK.

How many NATO nations refuse to pay their 2% GDP bill and expect the US to bail them out? How many nations in NATO have scrapped many of their working weapons and systems and have not bothered upgrading, owing to austerity cuts? I know the UK, sent 3 aircraft carriers to the Turksih scrapyards, following $multi-million refits, is due to send another large vessel, to the same scrapyard, most probably, following another major costly refit. We part-exchanged our working military jets and are now reliant on spitfires, that have been in retirement for a long time. Yet, sadly, we are classed as having the 6th largest military. So goodness knows what state the rest of the NATO nations militaries are in? https://uploads.disquscdn.com/images/b0c01ffe1f989c8536e15cc89463968733c54fca8ec875a2d7520da71bcf5a4b.jpg https://uploads.disquscdn.com/images/d738740b885e71980de5c092b222ae92df6c735a0cd86e59ae1c8218708eb3e1.jpg https://uploads.disquscdn.com/images/97697df22556c1752aa2d029840c20073bec366250fa3e780040d3f9483153aa.jpg

Seems like the US is determined to hang on to what is left of the global hegemony by using the EU to fund US arms industry. May as well call Europe another state of the USA.

Russia has no interest in conquering Europe with weapons, but rather commerce like the Chinese. Those stupid Europeans picked another Christian country as an enemy instead of the Muslims who invade their lands, procreate exponentially and can’t wait to fondle and rape the European infidel bitches. Too much cheese and wine maybe is not good for the brain and reasoning.

“They invade their lands”.

Is it a robbery if open my door and display a sign “All are welcome try not to steal if possible” ?

Pretty stupid. If Europeans are going to increase their defence spending they should make sure they will control their own forces. NATO is a US beast through and through, anyone who pretends otherwise is not looking at the real world. This plan will put money to the American MIC and then hand over control to the US as well.

What for? We are already ferrying in the armies send against us ourself.

Weird, the first priority of any Government is the national security and defence of it’s nation, people and dependent territory. So how does sharing your defence weapons and systems with all and sundry help that?

What they have forgotten to include is Article 42 Lisbon Treaty. The EU Army, where all nations in the EU hand over their weapons, systems and Forces to Brussels. Will the UK get out in time, or will are nuclear deterrent be part of the EU Army and under the control of Merkel, Juncker, Tusk and Mogherini, all politicians who started off in Communist or Socialist youth parties and no nought about defence of the military, let alone any understanding of mutually assured weapons of destruction.

Sharing defence weapons and systems makes sense when you completely trust your neighbours, have longstanding alliances, shared values and priorities.

This allowed the navies of Belgium and the Netherlands to have an operational merger, including command, purchasing systems etc. The ships remain under political control of their countries, but command is integrated.

The emphasis is on trust and one of the reasons we want out of the EU is wanting our own sovereignty, not a mish mash of one size fits all. If nobody has noticed, the four nations in the United Kingdom, are not united.

You are right. Aside from the belgian jokes about the dutch and vice versa, we trust eachother.

I do not know who your “we” is, I assume the UK, I just refer to the white paper of Theresa May, saying the UK never lost sovereignity, only felt like it.

Beyond that, the EU is not about defence, Nato is and the UK remains within Nato.

We all come from different objectives and all of us have so many positives and our negatives, our part of our culture. At the end of the day, the UK is an Island, with an Island mentality. The EU Army freaks me out, owing to who will be in charge and the fact there are 28 nations, with different views and mind-sets. Some want to pay NATO the going rate, some do not, but, they cannot expect the tax payer of the creditor nations to bail them out as they scream for protection, that they have no desire to pay for.

When they start marching around singing ….. “Erika”