The EU praises freedom of navigation exercise of the US allegation to justify the patrolling carried out last Tuesday. 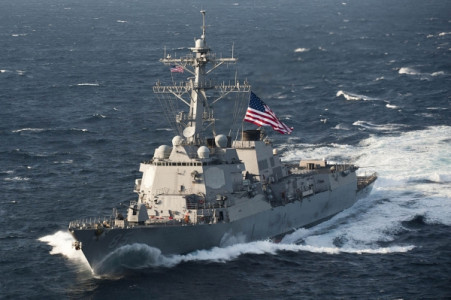 Due to the concern of American for the Chinese construction of artificial islands in the Spratly Archipelago, a patrolling mission took place last Tuesday within 12 nautical miles of the stated territories. USS Lassen destroyer was deployed for the work there.

The European Union has also shown its worries on this issue on the basis of the respect to International Law, more specifically to the United Nations Convention on the law of the Sea (UNCLOS) and at the same time they have recognized US right to carry out the mission mentioned above.

There’s a possibility that this move may affect Brussels’ discussions with Beijing at next week’s Asia-Europe Meeting (ASEM) of foreign affairs ministers.

Nonetheless, the EU is trying to reach a series of commercial agreements with Beijing in order to strengthen European economy. The Union also expects to reach negotiations regarding a bilateral investment and trade deals.

With Tensions Escalating Over Ukraine And Taiwan, Will The New Cold War Evolve Into A New Global War?