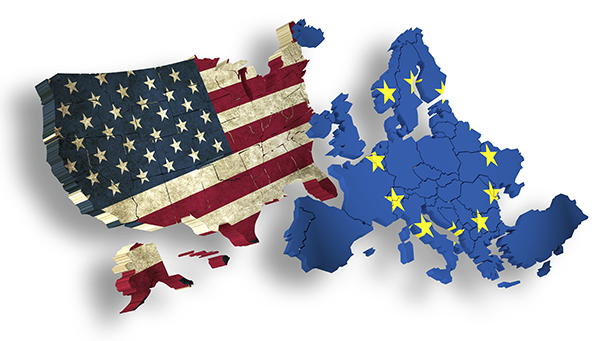 We need Berlin. The reaction to that phrase is a good indicator, because I will be repeating it more than once. Kremlin tactics toward Europe are simple and can be understood by anyone who has mastered the history of the 20th century. We are now observing the third (!) attempt to use continental Europe as a battering ram against Russia, with Washington expecting once again to pull off a not very sophisticated trick which amounts to having Russians do the dying, and the Americans (who will once again sit tight on their side of the ocean and then make movies about how they won) garnering as many benefits as possible from the (supposedly) intra-European conflict. Those who like this scheme should be categorized either as idiots or as State Department agents. Luckily, this scheme does not suit the Kremlin. The long-term policy pursued by Russia’s leadership, in spite of the “schizo-patriots'” displeasure, is bringing visible results which much of the audience prefers not to notice because they don’t fit into their worldview or seem too esoteric. 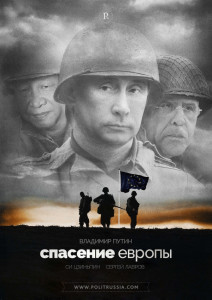 The effects of working with the independent component of Europe’s elite, which doesn’t like the prospect of Europe being reduced to the status of a colony and used by the Americans as a battering ram against Russia, are most visible in the most important, namely economic, sphere. One should keep in mind that the most important of current geopolitical conflicts is not Syria and certainly not Ukraine, but rather the conflict around TTIP which the US is seeking to impose on the EU. This partnership includes literally thousands of elements concerning economic, technical, and even judicial US-EU collaboration, and is being presented to its audience as a free trade zone on steroids, but in reality its key element is the elimination of Europe’s sovereignty. Under the pretext of protecting US corporate investor interests, TTIP proposes that private courts of arbitrage will have the right to block laws adopted by European parliaments if they infringe on US corporate interests, interests which are always interpreted very broadly. Once TTIP is signed in its current form, EU becomes a US colony with fewer rights than Costa-Rica. It is evident that the Americans are using all means of influence in order to have the treaty signed as soon as possible.

Here the fans of the theory that Europe is a powerless US colony have suffered a paradigm shift, because the EU, specifically Germany and France, have been evading signing that treaty for two years already, and all efforts to push it through the European Parliament have come to nought, just as the direct US-EU talks did.  For the last two years, the experts who believe in US omnipotence have, with enviable regularity, been claiming that TTIP is inevitable, so if Obama demands it to be signed it will be signed, because Europe has nowhere to go and those who believe in the independence of an influential part of Europe’s elite have succumbed to wishful thinking. But TTIP has not only not been signed, but it is in its death throes since Washington already publicly admitted there is a deadline–if it is not signed before Obama’s term expires, it will be put off indefinitely.

US chances began to decline after the EU Parliament adopted a range of demands toward the TTIP, including the elimination of supra-national courts and subjecting US corporations to European laws and judicial systems, and now the independent part of EU elite inflicted yet another blow to US ambitions. France’s PM Manuel Valls said that TTIP cannot be concluded if it does not respect EU interests.

“No free trade agreement can be signed if it does not respect EU interests. Europe must stand firm. France will be vigilant. And I am telling you plainly that there can be no agreement on trans-Atlantic trade. That agreement is a step in the wrong direction.” –Manuel Valls.
US media now sadly note that UK’s exit from the EU undermines TTIP’s chances even more, since it was London which was its main proponent in the EU.
It is therefore telling that Angela Merkel has decided to revive the idea of a common economic area from Vladivostok to Lisbon and, despite the skepticism of Russian commentators, this gesture should be considered with all seriousness, even if only as a rhetorical measure which is intended to acclimate the society (and also part of the elite) to the most improbable future scenarios.
Italian regional parliaments’ decisions to recognize Crimea (it is revealing the decisions were made in those parts of Italy where the old European aristocracy’s and Venetian bankers’ influence and assets are concentrated), German Foreign Minister Steinmeier’s opposition to the NATO exercises in the Baltics, and Jean-Claude Juncker’s visit to PMEF in spite of EU protests, are all in the same vein.
The context for all this has been ideally provided by the joint efforts of Russia’s and China’s presidents, who are trying to offer Europeans (and others) an alternative vision of the future which does not assume general subordination to the US. The attempt to “tear away” the EU away from the US or, rather, the effort to help the independent part of Europe’s economic elite to break away from the US, is a joint Russian-Chinese project which both countries need in equal measure. One should not forget that China’s main geopolitical project, the “Silk Road Economic Belt”, makes no sense if Europe does not participate in it, and if the rules for Europe are written in the US. It’s easy to understand why Russia is needed in this configuration. The Kremlin can on the one hand act as a guarantor of Europe’s security, and on the other as a manager of the EU-China “logistical bridge” which could not be blocked by any number of carrier battlegroups. Judging by recent events, the likelihood of Europe’s successful breakaway from the US are increasing and, if everything goes well, then the US will have to spend the next era in forced isolation from the world’s largest continent. It’s a scenario that’s worth shooting for.

I recommend this article too, for better understanding: http://www.independent.co.uk/voices/comment/what-is-ttip-and-six-reasons-why-the-answer-should-scare-you-9779688.html