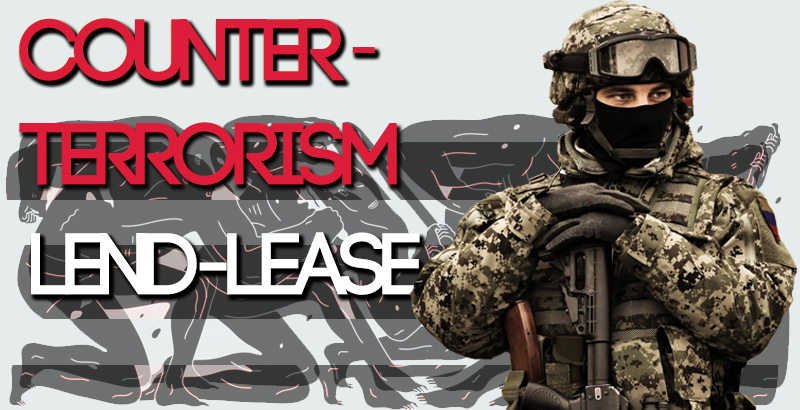 The struggle against international terrorism is one of the most important questions in today’s international relations system. It is quite possible that the USA will soon try to launch a big initiative about the creation of a global antiterrorist coalition. The logic is simple: the tools of military pressure and economic manipulations for the control over the allies are starting to be exhausted. The inevitable new political push is to restore the ability to control with political authority. And leadership in the struggle against terrorism is a most important element of the global political authority of the USA.

It is also possible that after a certain period of “political games”, “global democratization”, of interaction with “forces of freedom and democracy” the pendulum of American politics will swing back and the previous heroes will become terrorists. It has happened more than once in American history.

Inevitably we have the question, what positions will the countries of the European territory occupy in the new political wave and what is the format of the possible participation of our countries in the new antiterrorist coalition. Given the political situation in the world, this creates a significant and dangerous challenge for the governments of New Eurasia.

The countries of New Eurasia and especially the EEU need an independent antiterrorist strategy, adapted to the new conditions and, most of all, taking into account the absolute cross-border terrorist threats in the present-day world and the creation of a single global information space. The strategy is also necessary, at a minimum, to avoid the involvement of large-scale geopolitical manipulations, and at a maximum, to become subjects and not objects of the global antiterrorist struggle.

Alas, the previously achieved agreements in the framework of the CIS for the joint measures in the combat against terrorism and political extremism, in part the fundamental Agreement of cooperation of the member states of the CIS in the struggle against terrorism of 1999, have played in their time a significant positive role, but do not fully correspond to the new conditions. Obviously the activities of the CIS antiterrorism centre, established in 2000, need to be adjusted.

Of course, the promotion of such initiatives will be in some way beyond the formal “mandate” of the EEU. However this “output” would be carried out in the area where relations between the participants are absolutely clear and understood, where all the participants of the EEU realize that they have prevailing common interests in that area and finally, in the area which is largely associated with the economy. Securing sustainable economic growth in not possible without a high level of antiterrorist security, and at the same time sustainable economic growth can provide conditions to lower the terrorist threat.

This would be the direction of the political integration, which is unlikely to cause objections from reasonable and responsible politicians.

The countries of the EEU could argue for a regional antiterrorist initiative, which other governments could join in the future, separating antiterrorist approaches, if you want, of the originally declared goals.

The basic elements of such an initiative could be:

The initiative should not have a revolutionary character. On the contrary, it must establish the principles of common sense, in the operational and political spheres, but in the context of intensification of terrorist threats.

At the same time, the programme must work outside the framework of operational practical questions. It must demonstration new political standards in the struggle against global terrorism and political extremism.

It would be fully appropriate for Russia to be the main information source of the EEU governments on the international arena, as one of the leaders of the global combat against international terrorism and the country, without a doubt, possessing the broadest organisational, military and political resources.

Moscow could in a contributing capacity in the regional initiative of combating terrorism develop some program of “antiterrorist lend-lease”, that is, different aid packages to state parties for the initiative in the struggle against terrorism.

Military and organisational help from Russia would be on the basis of the “antiterrorist lend-lease”; staff training programmes as well as providing access to information, received by Russian technical means

The equipment received from the “antiterrorist aid packages” could be limited only to the tasks for antiterrorist combat and countering political extremism, but in no way for pressuring opponents of the regime, that are working within the constitutional framework of the states concerned. In that case, the programme must be suspended.

The specific character of the accepted “package” in the framework of “antiterrorist lend-lease” would be defined on the basis of bilateral agreements depending on the needs of a particular state. However the basis for such cooperation would be mutual understanding of the character of terrorist challenges, transparency of the relationship and the deepening of information sharing. This would make the interactions “bilaterally binding” but it also means attractive to all participants.

There would be a synergy effect of a new kind for political cooperation in the struggle against terrorism and a new military and operational base with the support on which this combat is waged.

And this would be a better response to attempts of manipulating the issue of struggle against terrorism and political extremism, which most certainly will happen in the near future.