The EU Parliament will vote this week on a new EU-electoral law. According to the draft the three-percent threshold should be introduced throughout Europe. Fragmentation and small parties would be prevented. These are leading to the “destabilization” of Parliament warn representatives of the major parties. 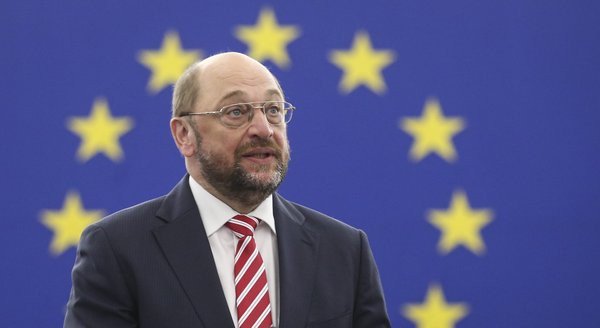 There are currently seven German MEP, who owe their seats in the European Parliament, inter alia, to the Federal Constitutional Court. This had overturned the three-percent threshold just before the European elections 2014.

Representatives of factions bother MEP’s. They want to impose an EU-wide threshold of three percent. Parliament in Brussels is due to vote about an appropriate template for a EU suffrage.

Fragmentation leads to a “destabilization” of Parliament, warns Leinen. The extreme right and euro skeptics of all persuasions, which accounted for almost a fifth of the 751 deputies, already hamper the work of the EU parliament. “We need a solution,” says the CDU deputy Herbert Reul. Without a threshold of at least three percent there is a threat of further fragmentation, the freedom of action of the Parliament will be increasingly restricted.

Due to the elimination of the threshold NPD politician Voigt had been elected, he is convicted of incitement of the masses, , says the FDP MEP Alexander Graf Lambsdorff. “Do we wish to allow neo-Nazis represent Germany in the European Parliament?”

Ulrike Müller of the liberal voters in Bavaria sees things differently. She had received 428,000 votes – Malta however has only 425,000 inhabitants and is sending six deputies to the European Parliament, Müller said.

In fact, in recent years the major parties have voted massively conform – a fragmentation therefore is out of question, it is rather a formation of a monolithic block towards a single political party.

Leinen expects that his bill on Wednesday will get a clear majority. The aim is to introduce a uniform EU election law before the next European elections in 2019, which was actually already provided in the Rome Treaties, but never was materialized.

The decision on a single EU voting right rests with the Council, in which the 28 member states are represented. However, the European Parliament has a veto right. If the two sides do not agree, everything remains the same – and each country would continue in the future to set its own rules for the European elections.