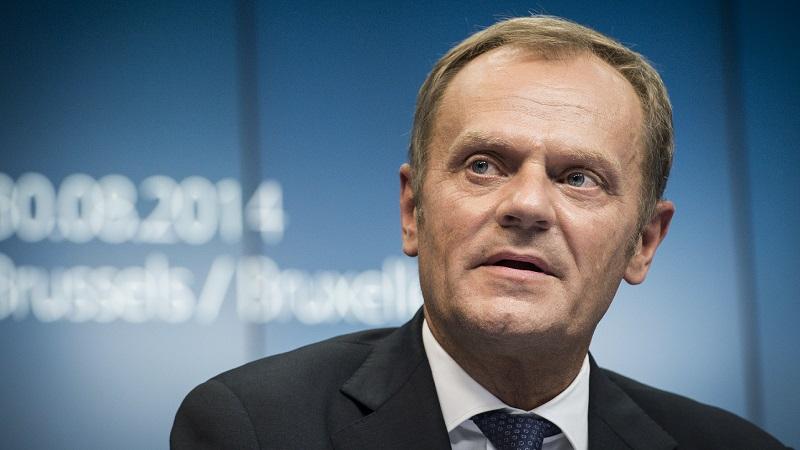 The Dutch people rejected Ukraine deal will be “applied provisionally”, said EU president Tusk. He now wants to hold talks with the Dutch Premier Mark Rutte. Rutte announced immediately after the vote, not to ratify the agreement in “present form”.

The rejected referendum in the Netherlands will for the time being not have any actual impact on the already applied EU agreements with Ukraine, according to the EU. “This EU-Ukraine agreement will be further applied provisionally”, said European Council President Donald Tusk on Thursday in a first reaction. The already initiated relieves for Ukraine under the Agreement remain therefore in place. He pointed it out that apart from the Netherlands all other 27 EU member states have already ratified the agreement.

His next steps will be, explained Tusk, now to hold talks with the Dutch Prime Minister Mark Rutte. “I need to hear from him, which conclusions he and his government draw from this referendum, and what his intentions are.”

The European Commission also sees it as a duty of the government in Den Hague to draw their conclusions after this “NO” vote. It is up to the Dutch government to analyze the situation and make decisions, a spokesman for the Brussels authorities said on Thursday. European Commission President Jean-Claude Juncker was “sad” because of the outcome of the referendum. The spokesman pointed out that the other 27 EU member states have already ratified the Association Agreement with the Ukraine. This is still valid. Aimed at building closer relations with the Ukraine, the European Commission feels further committed. Juncker stated last month that in April a legal text should be submitted for visa exemptions for Ukrainian citizens.

The spokesman in addition said, that to his knowledge, the final result of the referendum in the Netherlands is not available until the 12th of April. In the referendum, according to exit polls approximately 64 percent of the voters declined the Ukraine agreement. The turnout was according to that about 32 percent.

The Association Agreement should bind the Ukraine more strongly to the EU. The political and economic relations are to be strengthened and the former Soviet republic gradually integrated into the internal EU market. The agreement already in force includes a reform agenda for the Ukraine, which should align its legislation with EU standards. It also provides for reforms to strengthen democracy and the rule of law, as well as the protection of human rights and to fight corruption. However, the Ukrainian government currently disintegrates by fighting over these reforms.

The Dutch referendum is legally not binding – despite the clear “No” of the population. But the government is considering suspending the ratification. Prime Minister Mark Rutte wants to consult now with his cabinet. “If the referendum is valid, then we can not simply ratify the treaty,” he said on Dutch television. Likewise now talks with the EU have to be done.

Before the vote EU President Jean-Claude Juncker had warned that a refusal by the Netherlands would trigger a “continental crisis”. A rejection would be interpreted as a success of Russia, Juncker said. This is interesting because the Ukraine deal has always been represented as not being against Russia.

The sooner the EU and NATO fall apart the better.

Ignoring this formally non-binding referendum implies political suicide for the 2017 general elections. The Dutch are fully aware how their NO in the binding 2005 referendum on the EU constitution got bypassed by the Lisbon Treaty. Don’t expect any steps from Rutte soon.