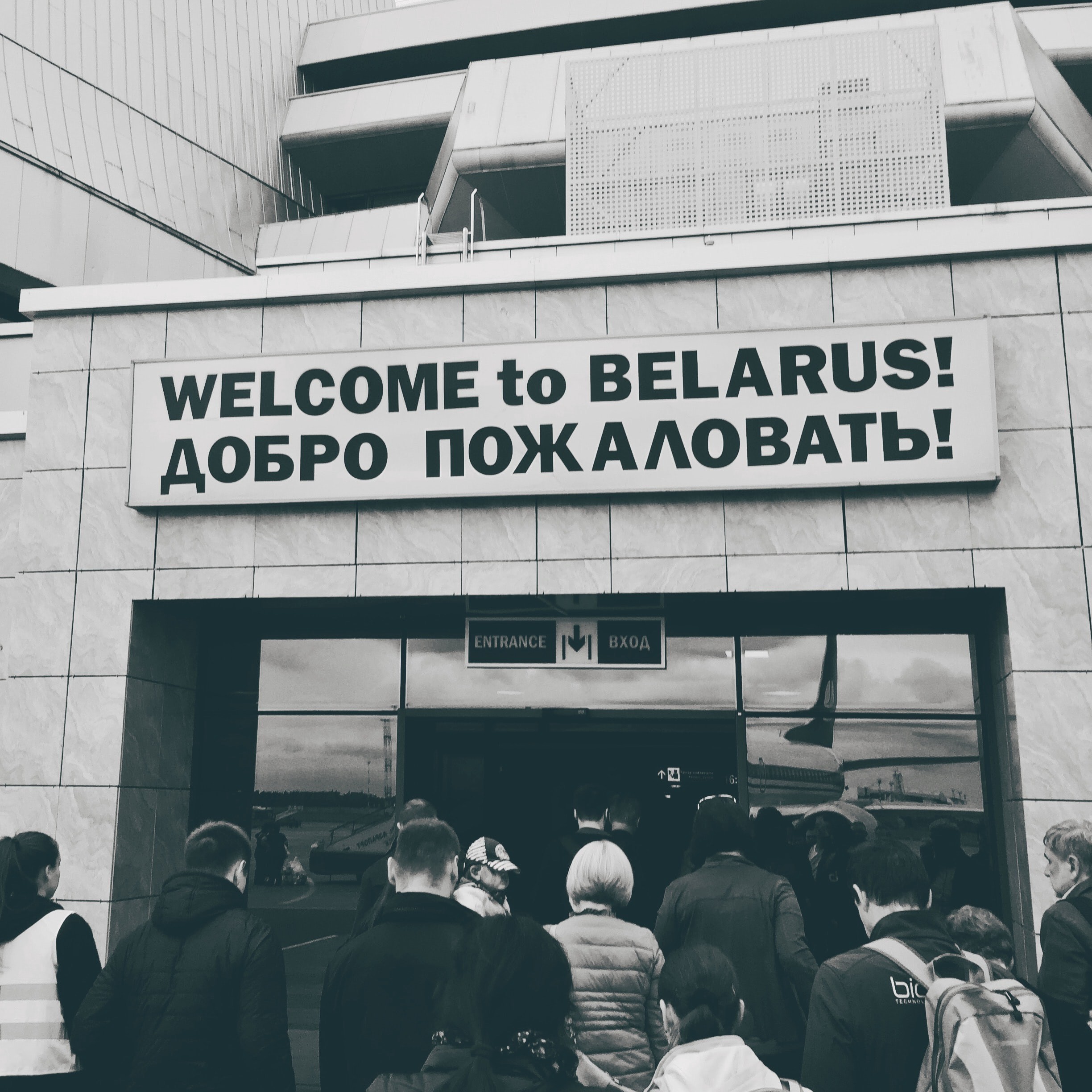 The US will work in close conjunction with the EU to raise pressure on Belarusian President Alexander Lukashenko and bring about new elections in the country, Deputy Secretary of State Stephen Biegun said.

“We are coordinating closely with our transatlantic partners, including reviewing significant new targeted sanctions to hold accountable anybody who is involved in human rights abuses and repression in Belarus,” Biegun said.

Biegun had a tour of the Baltics, and went to Russia, as well, to discuss Belarus in the week ending on August 30th.

“We are working closely with the Europeans as they reimpose their sanctions so that we are marching in lockstep with our European and Canadian partners,” Biegun said.

The EU sanctions were lifted in 2016 partly in response to Lukashenko’s release of political prisoners including Nikolai Statkevich, who ran for president in 2010.

The U.N. High Commissioner for Human Rights issued a statement citing at least 450 documented cases of torture and calling on the Lukashenko government to end “forced disappearances” of demonstrators. At least six detained protesters remain unaccounted for, the U.N. said, although Tikhanovskaya and some other members of the opposition say the number is far higher.

In the conference call with reports, Biegun said the U.S. viewed the situation in Belarus as an internal conflict, not a confrontation between the West and Russia.

“I want to emphatically state the Belarusian government needs to release Vitaly Shklyarov now and drop the charges,” Biegun said. “He has been falsely accused, falsely charged and he is unjustly detained.”

Furthermore, according to him, it was clear Russia was seeking to exert influence in Belarus in support of Lukashenko but that after visiting Moscow. In addition, he considered that the Kremlin had also “grown tired” of Lukashenko’s “erratic behaviour.”

He vowed that the US wasn’t competing for influence in Belarus with Russia.

“This is not a contest between the United States and Russia for the loyalties of Belarus,” he said, adding: “Belarus, in fact, and the Belarusian people, have a long history and a deep inclination toward cooperative relations with the Russian Federation.

“The Russian government may or may not decide to renegotiate or forgive the substantial debt that has been accumulated by the mismanagement of Belarus under the current regime and that’s their choice — that’s their money and it’s their money to give away and it’s their money to waste,” he said. “But I think in their heart of hearts, the Russian government knows exactly what we do: that this is not going to go one forever — that after 26 years the Belarusian people are clearly across the entire society, from labor unions to factory workers to students to intellectuals to medical workers to average citizens, parents and mothers, fathers, that they are demanding their rights in Belarus under their own constitution as well as under international charters.

“And no amount of debt relief, no amount of policing can overcome the cumulative courage of a population that’s had enough,” Biegun said. “The ruler of Belarus clearly still holds power but he has lost his people.”

Meanwhile, in Russia, Russia’s foreign intelligence service SVR said it keeps close watch on the current developments in Belarus, as well as the West’s plans for that country, and maintains permanent contact with the Belarussian special services.

“We keep a close watch on the situation. We are in touch with the Belarussian special services. We keep in focus on everything that is happening on the Western side – the ideas that exist there and the plans being made – and inform our colleagues,” SVR Director Sergei Naryshkin said.

Russian Foreign Minister Sergey Lavrov said that he was told by Stephen Biegun that some countries were unhappy about stabilization in Belarus.

“Long before the election, when we met with our European partners and discussed the possible scenarios, we agreed that street protests and violent demonstrations would set our relations back by many years. Unfortunately, this is what happened. Everyone agreed back then that we should not let it happen,” Makei pointed out.

The Belarusian foreign minister stressed that Minsk had reached an understanding with its European partners that “any election, even a bad one, will move the country forward.”

“Unfortunately, we have to deal with what’s happened and our partners are now calling for some peaceful and quiet revolutions, while in fact, any revolution eventually leads to bloodshed,” Makei said.

Belarusian President Alexander Lukashenko dismissed that any foreign intervention would be allowed in Belarus.

The situation in the country is neither troubled nor complicated. Belarus President Alexander Lukashenko made the relevant statement as he authorized the appointment of new heads of municipal executive bodies in several districts of Gomel Oblast on September 3rd.

“I can’t say we are making these appointments in some complicated period of time. I am still trying to comprehend the situation in the country and all the time I conclude that life changes radically when one travels beyond the Minsk ring road. This is why it would be ridiculous to say we are having big problems and complications. Your life is totally different than life in Minsk. And then life in Minsk differs from yours only on Sundays.”

According to him, the situation in Belarus is greatly influenced by foreign interference in domestic affairs of the country and foreign control over street protests.

“It originates from Poland, Czechia, Lithuania, and Ukraine, which is most disturbing for us. Yesterday you heard the statement by Russian Minister of Foreign Affairs Sergei Lavrov, who openly stated what is going on at the border although he is a very restrained and careful person in this regard,” the head of state pointed out. “We respond to any negative actions directed at Belarus. To prevent the start of some fire in Minsk is the most important thing for us. Because it always happens like that: things begin in the capital city and spread to the entire country.”

But he dismissed that such interference could be successful in Belarus, because people had jobs and opportunities to earn money.

“Yes, young people have always been active, have always liked to walk around and make a rumpus. We understand it, too, but we urge them to observe the law. Particularly university students. What do the university students need after all? We’ve preserved the number of students, who are taught at the expense of the state budget just the way it was in the Soviet times. We wanted to limit the number, let’s say, to 50,000 students, but the number of those seeking higher education was much larger,” Aleksandr Lukashenko said. “University students cannot be drafted for the army. If they don’t want to study, then they are free to join the army or find a job if they have already served in the army. But there must be order in the country.”

Finally, he thanked the Russians for their support:

“Errors cannot be allowed to happen. But you should clearly understand that there is a line nobody is allowed to cross. If it happens, then naturally we will respond in strict compliance with the law. This is why I want you to make people aware of it. They should not condemn me for some leniency. There is no leniency here. The country is working although many would like us to fall, particularly our neighbors would,” the Belarusian leader stressed.

Exactly. Nothing will stop the Evil Empire from trying to realize its sadistic goals!

They would have forgiven him for anything but not for having destroyed the covid tale, so they will haunt him to the end.

i wasent aware canada was involved in this interference in another country’s internal affairs.

Funny how not a peep about this on the ole CBC.

I see the the tentacles of the.nazi hag freeland all.over this shit.

We act all superior, and bark all the time about russian interference and bla bla.bla. On the other hand we are doing the same , interfering in Belarus, Venezuela and so on!

Our country has been infiltrated by ukronazis, be it on the “left” or “right”. At least Mr Harper didnt hide he was a zionist, just like Mr Trump dont hide that he is a fucken dickhead.

What the fuck has belarus ever done to me? Sell us good tractors? OH THE HUMANITY!!!

Canada, a US poodle!

Nato countries are US vassal states!

Its a SM relationship.

1) interaction, especially sexual activity, in which one person enjoys inflicting physical or mental suffering on another person, who derives pleasure from experiencing pain and

Belarus people should decide their own future, whichever direction it goes

Only 10%voted for the feminazi fugly vile fascist skanks,soros/nazi protesters are meare minions:

The Russian Covid vaccine will make breast at all macho men but they still has to shave.

Nazi piles of sht think they will own the commonwealth but that wont happen either way nwo/soros/lose!

And here we see the muslim unisex version. Maybee its mossad with no curley hair.