According to a Syrian Minister, the EU will face a real “disaster” if some 5,000 EU nationals, fighting in the ranks of terrorists in Syria and Iraq, return to their homelands. 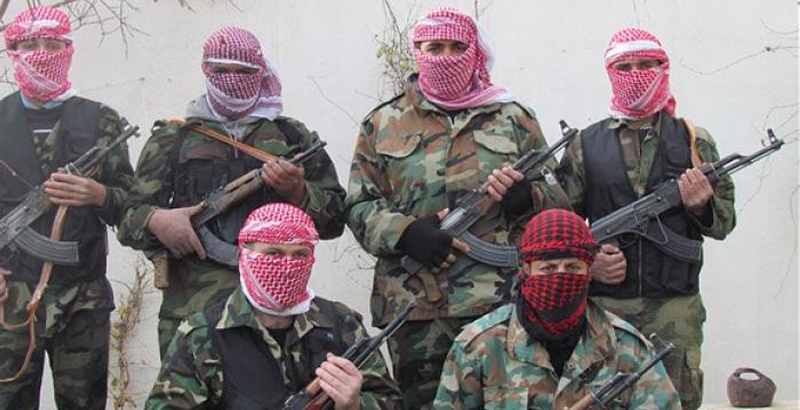 According to Syrian Deputy Minister of Expatriates and Foreign Affairs, Ayman Susan, there are about 5,000 EU nationals in the ranks of the Islamic State (IS) and other jihadist groups, fighting in Syria. Susan noted that it will be a “disaster” for European security if these militants return to Europe.

“We have statistics that about five thousand terrorists fighting in Syria have come from the EU countries,” Susan told the Sputnik news agency on Thursday. “Imagine that these 5,000 terrorists will return to Europe … they can do it … This will be a disaster for the security and stability of European countries and their populations.”

As the Anadolu news agency earlier reported, only on Wednesday, 43 foreign nationals, who tried to illegally cross the border into Syria, were detained in Turkey. The Turkish security forces managed to detain the group, which included 23 minors, in the country’s southern province of Kilis.

According to the US-based Soufan Group analytical center, since October 2015, about 1,800 people have left France to fight on the side of terrorists in Syria and Iraq. Other 760 fighters have come from the UK and 760 from Germany. At least 470 Belgium’s residents also have decided to join the IS ranks. In total, according to the analytical center’s report, over 5,000 jihadist soldiers have traveled to Syria and Iraq from EU states.

As the last year’s report of the Dutch-based International Centre for Counter-Terrorism (ICCT) revealed, over 4,200 foreign fighters from EU states are currently fighting among terrorists in Syria and Iraq. In addition, the non-governmental organization claimed that some 30 percent had returned to their home countries in Europe.

In 2015, just after the Russia’s anti-IS campaign was started in Syria, the Soufan Group reported that up to 31,000 foreigners from at least 86 countries were fighting for the IS and other extremist groups in Iraq and Syria.

The most part of EU nationals, fighting in Syria and Iraq on the side of terrorists, come from immigrant families from EU, who find it difficult to assimilate into European society. Terrorists promise their foreign recruits attractive financial benefits and lure them through carefully designed social media campaigns.

“The main concern reported by EU Member States continues to be jihadist terrorism and the closely related phenomenon of foreign terrorist fighters, traveling to and from conflict zones,” Europol, the European Union’s law enforcement agency, said in its European Union Terrorism Situation and Trend Report 2016.

The agency also noted that more and more women join the jihadist cause. “A significant percentage of all foreign terrorist travelers in Syria/ Iraq are now female,” the report reads.

Europol warned that as foreign fighters continue to return to the EU, the threat of the potential use of weapons of mass destruction on the territory of European states increases.

“The phenomenon of individuals travelling for terrorist purposes to conflict zones increases the risk that expertise in the use of chemical weapons can be transferred to the European Union by returning foreign terrorist fighters,” the agency said.

Meanwhile, the Russian Defense Ministry estimated that about 7,000 foreign terrorists, fighting in Syria at the start of the Russian campaign in the country, were from Russia and other former Soviet nations.

As it was reported, the number of potential fighters, returning to their homelands, has been dramatically decreased, as more than 2,000 of them were neutralized only in the first 6 months of airstrikes of the Russian Aerospace Forces and active military actions of the Syrian forces.

Although I am from Europe it will be an ‘I told you so ‘ moment when the shitstorm of extreme gangster terrorism consumes the EU nations. Most of this has been caused by the duplicity of the West and the US in particular through their use of terror proxies operating in the Middle East.

Compound this with the abject stupidity of granting visa free travel to the Ukraine that will ensure another wave of violent thugs into the EU :)

In some ways it will be fascinating to watch as a de facto Police state envelops the EU. It is a truism to say that all nations are ruled over by leaders of the moral standards they deserve.

I am in Europe also and I agree. They may reap what they sow.

Yes they will reap what they have sown. Since summer, 2015 the migrant invasion has started to transform many European societies. They were welcomed with open arms without being vetted by extremely naive people and aid organizations. Add to this the suicidal Schengen Agreement allowing visa free travel between EU members. The 3rd and 4th rate bureaucrats in Brussels are completely complicit in this disaster. Even the idiots in Washington, DC want to secure the borders of the US to show you how delusional the morons in Brussels are. That “foreign policy chief-ette” Federica Mogherini is a sorry, pathetic joke. Girl power at its best.

any way USA will face disaster, but this is goof for the military industry complex (more war, more money, more investment in research and development, more sale weapons).

Oh well. Those fighting for ISIS won’t be coming back while the ones with the extremists in Syria may find themselves kept at the front so they can’t sneak off to return home.