The European Union is to adopt a new mechanism to punish chemical weapons’ attacks by targeting people blamed for using banned munitions, regardless of their nationality, according to unnamed EU diplomats, cited by Reuters.

The new sanctions regime is based on a French proposal to combat the alleged repeated use of chemical weapons by Russia and Syria. It would allow the EU to quickly impose sanctions on specific individuals anywhere in the world, freezing their assets in the bloc and banning them from entry.

According to the unnamed EU diplomatic sources, ambassadors from the EU’s 28 governments are set to adopt the regime on September 26th, without discussions on it.

The EU already sanctions Syria and Russia over their alleged misconducts, however under the new regime the individuals must be added to special country lists. As reported by Reuters, these are difficult to negotiate and expand, because some EU members are reluctant to criticize close partners, “particularly Moscow.”

“This is significant because we will be able to add names without a big, sensitive debate,” said an unnamed one senior EU diplomat involved in the negotiations. “We can try to uphold certain rights rather than just issuing statements.”

The unnamed EU diplomats also said that the chemical weapons regime could be followed by a similar mechanism for human rights violations, similar to the US Global Magnitsky Act, which allows Washington to sanction individuals for abuses or corruption.

The regime would be given a final approval on October 15th, it would require the support of all EU governments for names to be added, according to a preparatory paper seen by Reuters.

According to Reuters, it was unclear whether Britain would add the names of the two Russian nationals accused of poisoning Sergey Skripal and his daughter. However, the unnamed diplomats claimed that Britain has been unsuccessful in convincing other EU members to support new sanctions on Russia’s alleged involvement in the case. Russia has denied any involvement in any chemical weapons and nerve agent use.

Prime Minister Theresa May at the summit in Salzburg called on the leaders of EU states to accelerate the establishment of a new mechanism of sanctions against those responsible for the use of chemical weapons. The Prime Minister also briefed the summit participants on the progress of Skripal case investigation.

According to Reuters, France supported the EU sanctions regime in part because the United Nations Security Council has been deadlocked over how to set up an independent inquiry for chemical attacks in Syria. Russia rejected a joint draft resolution submitted by the UK, France and the US earlier in 2018.

Will they start with looking at themselves first?

Who funds the White Helmets?
Who provides the CWs?

RusskiiTroll54
Reply to  AM Hants

The EU politicians are going to kill their own economy for the sake of Zion and US, thousends will loose their job and the knife will turn side after some time, but with a sleeping EU population nothing will change.

These are interesting times. We are either headed for that last war of humanity or are witnessing the self destruction of the US and it’s EU vassals. Mass stupidity seems to be all the rage these days spurred on by the psychopathic propaganda 24/7 fed to the populations of the Empire and it’s vassals. My wife and I discussed what would happen if people heard the air raid sirens going off. We decided that they would just be ignored as the majority haven’t a clue about anything going on in the REAL world.

It figures that the terrorist supporting government of Macron would come up with such stupidity. The rest of the EU should just ignore anything the British & French governments come up with until they become civilized. I doubt any consideration is intended to provide REAL FACTUAL evidence to CW accusations.

Do not worry. I have been so close to passing over, time plus time again, with minimal notice. Seen others go through similar, with some not coming through. We all come with our sell-by-date, without knowing the date. Enjoy the day, live life to the full and don’ let anybody deprive us the joy of living. We might try to cross the ot, it does not mean we will make it to the other side. Never be afraid to live life.

Agree whole heartedly. At 50, my wife and I tried our hands at roller blading, many many years later, we’re trying our hands at 24 speed bicycles. We’ll keep dreaming, doing and hoping for a better tomorrow for everyone, until we can’t.

Can’t help but wonder what kind of a world we could’ve lived in if it wasn’t for the Neanderthal mentalities running our? respective governments in the 21st century.

We have haty of living, or doing what we want. They can only destroy things, if we let them. There again, owing to our age, how much fun have we lost? They can only take, what we allow. Or we think tomorrow is our last day on earth, just getting through all the things we wished we had done, once able. Perhaps. without realising, they have given us our freedom back, together with knowing how to respect fun?

Muriel Kuri
Reply to  AM Hants

Of course it’s all projection on their part. They must be looking in a mirror when they start babbling about chemical weapons. UK was and is right there in Idlib, helping White Helmets to assemble the chemicals and kidnapped children to be used in the released videos.

AM Hants
Reply to  Muriel Kuri

I am so disgusted with the actions of Parliament, supported by the masses, plus the media. However, there are so many of us in the UK, who just wish the world lives in peace. Plus, those so easy to blackmail, coerce or born with sociopathic personalities, find Karma delightful or not.

“it would require the support of all EU governments for names to be added,”

this probably means that it will never be implemented.

The EU is becoming more incompetent every day.

This is how the EU functions

That’s one of my favorite movies – Erik the Viking. Lots of laughs!

Sorry to take the illusions from you sheeple. 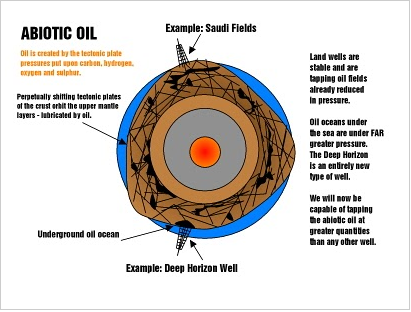 Not a bad idea but the only concern is do they require irrefutable evidence or is it all hearsay.

Who is going to sanction the terrorists and their zionist western BACKERS??

Well, everyone else in the world could start using the Russian MIR or Chinese CIPS version of SWIFT for their banking transactions and ignoring the dollar. You’d see an abrupt change of attitude on the part of the US!

Sanctions, what a novel idea. Can Britain sanction itself?

>>The unnamed EU diplomats also said that the chemical weapons regime could be followed by a similar mechanism for human rights violations, similar to the US Global Magnitsky Act, which allows Washington to sanction individuals for abuses or corruption.<<

I'll bet these instruments will NEVER be used against countries that abuse their own populations that are friendly to the West. Like Israel and Saudi Arabia.