The European Parliament has deprived Marine Le Pen of parliamentary immunity due to the fact that she posted photos with scenes of ISIS violent acts. 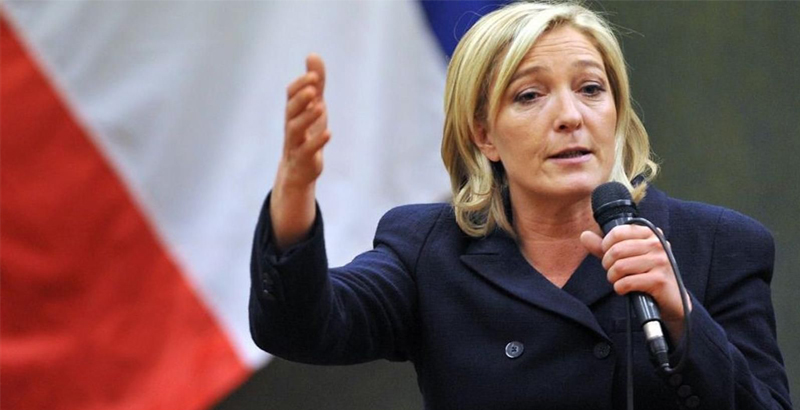 On Thursday, the European Parliament has voted for deprivation of France’s presidential candidate Marine Le Pen‘s parliamentary immunity due to the fact that she posted several photos, showing scenes of violent acts, committed by terrorists of the Islamic State (IS) group, on her Twitter account, the Reuters news agency reported.

Earlier, on Tuesday, the European Parliament’s Committee on Legal Affairs (JURI) approved this move by a large majority. As eurosceptic of the 5 Star Movement, lawmaker Laura Ferrara, said in a report, underpinning parliament’s decision, though the graphic photos, published by Le Pen, were easily accessible on other websites, “this does not alter the fact that their violent nature is likely to undermine human dignity.”

The deprivation of parliamentary immunity means that now, a case on charges of distributing materials with particularly brutal scenes of violence can be initiated against Le Pen. As punishment for this crime, the National Front’s leader can face a fine of €75,000 ($78,930) and a penalty of three years in prison.

Le Pen’s immunity, shielded her from prosecution, was lifted just over a month before the first round of the French presidential election. The National Front’s leader has considered the move as political interference in the campaign and called for a moratorium on judicial investigations until the election period has passed.

In 2013, Le Pen has already lost her immunity for the first time. Then, in 2015, the politician was prosecuted for “incitement to discrimination over people’s religious beliefs”, as the National Front’s leader compared Muslims, praying in public, with the Nazi occupation of France during World War Two. Eventually, prosecutors recommended to drop the charges.

Despite the recent legal troubles, Le Pen’s polling remains strong in the first round, where she is expected to win, but lose in the runoff.

Al Qaida, Daesh then ISIS are a joint creation of the CIA, Saudi Arabia and Qatar. All those terrorists have been a good source of revenue for Erdogan and his family. By exposing how criminal were Daesh’s members, Marine Le Pen has become the ennemy of the Anglo-Zionist Empire. By suing Marine Le Pen the French Justice is showing that they are no better tha,the justice under Hitler or Stalin . France need an other revolution to drain the swamp.

They call this democracy .

Surely there must be a way she can challenge this before a court of law !

When such information flow and free speech are inconvenient for the scum who run the EU, however, they can revoke that immunity when they feel like it.

You can see why this protection for parliamentarians is vital to the functioning of representative government.