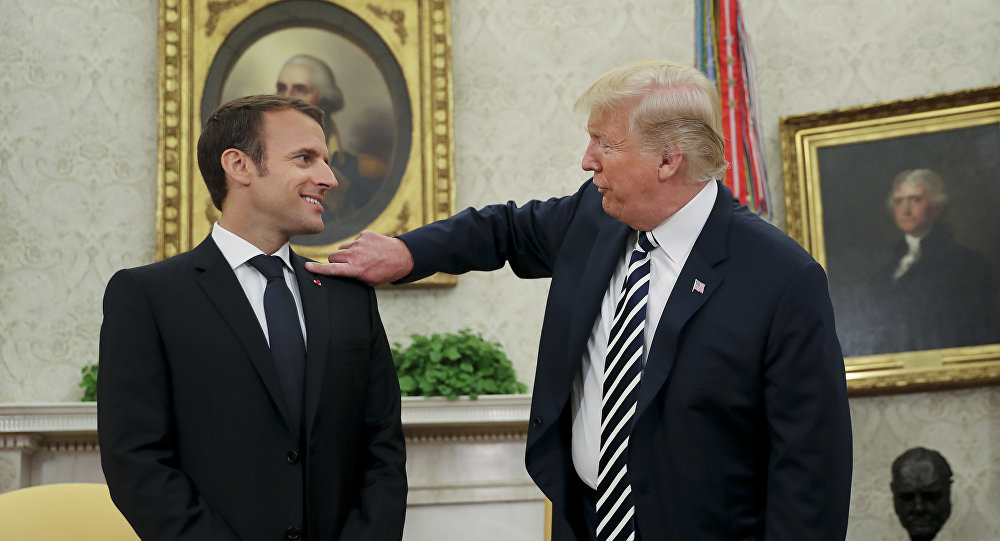 US President Donald Trump has suggested his French counterpart Emmanuel Macron a lucrative bilateral trade deal if France agreed to withdraw from the EU, the Washington Post reported on June 28, citing European officials.

“Why don’t you leave the EU?” Trump told Macron during a April 24 meeting at the White House, according to the Washington Post.

The US president allegedly offered France a bilateral trade agreement with “better terms than the EU as a whole gets from the United States.” According to the report, Trump also told Macron that the EU is “worse than China” on trade.

The White House declined to comment on the Washington Post’s report. However, it did not dispute the claims.

The Washington Post’s report comes amid the growing economic tensions between the US and the EU, which started with the White House’s move to impose steep tariffs on steel and aluminum imports from the EU, Canada and Mexico.

In March, the US introduced a 25 percent tariff on steel imports and a 10 percent levy on aluminum imports. EU member starts responded to the move by imposing a 25 percent tax on 2.8 billion euros’ worth of US-made goods.

That is the best idea Trump ever had during his entire Presidency… au Revoir Monsieur Empereur Macroni Rothschild XVI … Buzz Off French Cock….

LOL! I guess you forgot Merkel, the CIA-Rockefeller-BILDERBERG ‘s 5th Colon Macron is a Rothschild LIKE Trump and Bibi, BUT he HAS TO PLAY the European, because he tries THE SAME BS like Francois Hollande: to BS Merkel, to make her agree with putting all debts in the EU in one common European bucket… and GERMANY PAYS :))) France over – 2,000 Billions, Italy almost the same (- 1,800 Billions, Germany itself over – 2,000 Billions IN DEBTS by the BANKS

Merkel isn’t invited by Trump… he’s still angry about this Nord Stream stuff….but it would be Nice If Murkel & Macroni left with Trump… one thing I know for sure… I ain’t goin’ to pay their debt…not a penny…should have paid better attention stickin’ to their Budgets…

It is hard to give any credibly to an article when the author admits that it is gossip in the title.

Macron is such a toad, he and Trump are perfect together.