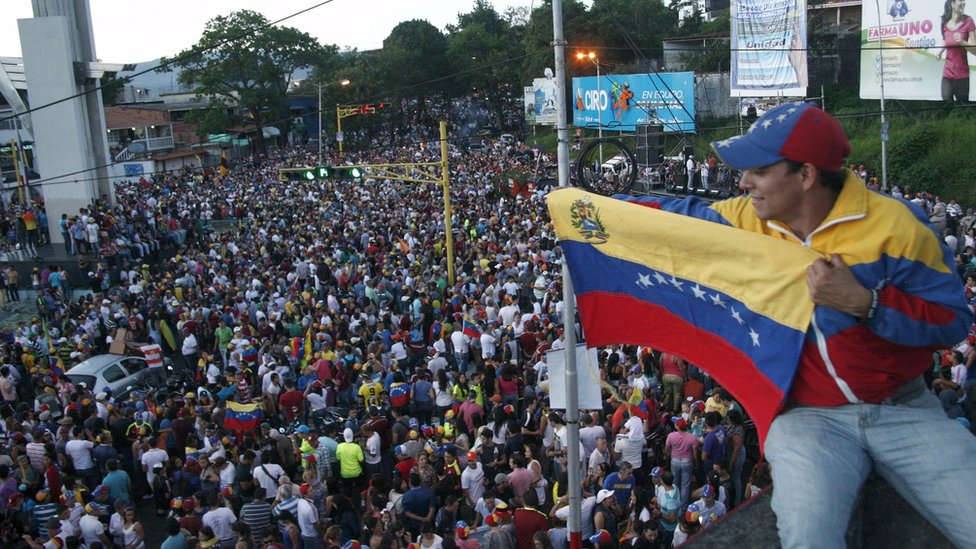 The European Union has deployed an Election Observation Mission (EOM) to Venezuela to observe the regional and local elections.

Campaigning has kicked off for regional and municipal elections scheduled for November 21, which are set to include opposition candidates as well.

More than 3,000 positions – including governors, mayors and municipal councillors – are up for grabs next month, according to Venezuela’s elections authority. Some 21 million voters are eligible to participate.

Isabel Santos, the chief observer of the EOM, and a member of the European Parliament, told reporters that 44 observers have arrived in Venezuela so far, adding that they will begin their work in 22 of the country’s 23 states except in the Amazonas state due to transport difficulties and the coronavirus pandemic.

“The opposition is going to participate in these elections … we want to hear from everyone,” Santos said before observers set out from the Venezuelan capital of Caracas to cities around the country.

Back in September, Venezuela’s main opposition parties announced an end to three years of boycotting election, saying they would participate in November polls.

They boycotted the 2018 presidential vote, which President Nicolas Maduro won, and the 2020 legislative elections, in which the opposition lost control of Congress.

The decision to end the boycott came after government and opposition representatives began a fresh round of talks in August, mediated by Norway and hosted by Mexico.

The talks were aimed at resolving the political crisis that plagued the Latin American country after US-backed opposition figure Juan Guaido unilaterally declared himself “interim president” in January 2019.

After nearly three years of attempting to overthrow President Nicolas Maduro, the US-backed opposition with Juan Guaido at its head entirely lost steam and decided to play by the internal rules of Venezuela – by attending elections. The observers being present add a layer of reliability to the results of the elections.

hmmm… Curious. Now the guys that appointed and tried to install Guaido care for the Venezuelan elections and want to legitimize it? The same ones who did everything they could to overthrow the government, attempted coup, sanctioned and stole from Venezuela and gave some of it to Juanito in order to weaken and break the country. Sure.

What to do when they decide that the election was “unfair” and “not free because their favourites lost? I hope trusting these snakes is worth it.

Yes they keep making the same mistakes,they should insist on Russian observers as well,the EU could be part of the problem and the US should be nowhere near ANY election.

Yes, you’re both right. Colombia is democratic drug producing and World intoxicating country, while Venezuela is as they say dictatorship. Because they don’t like or have any sympathy for the Devil and Zion-Wahhabis. Just remember Capriles. https://youtu.be/epPD4GYZa_8

Exactly. Venezuela should not accept these clowns.

EUnuch observers should observe so called “elections” in the US – there they vote by mail, they vote weeks before election, and then their Mickey Mouse machines count votes days (and nights) afterwards, the most ridiculous charade on planet Earth.

Play attention, us and europe are hostile to Venesuela and zio puppeds. They are gon a spy and find out what China, Russia and Iran is doing in Venesuela. Your enemy cant be a neutral observer. Check every ting they bring in !!! And dont let them move whitout a government escort.

Get rid of these brussels pedo trash. They are degenerates and stooges of london & rome.

Disgusting pigs who do not belong in Venezuela.

TeleSUR english for the latest info including 24/7 video news feed.