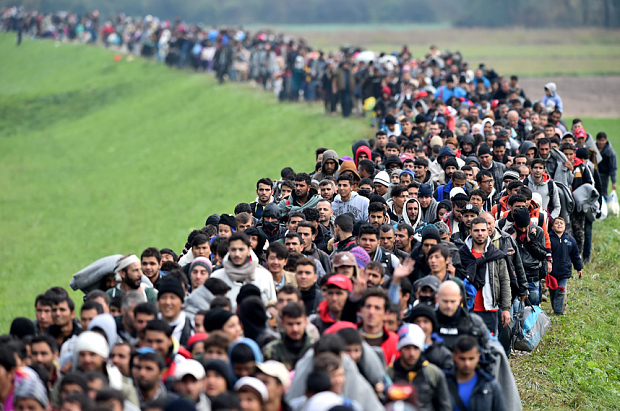 On October 9th, EU High Representative for Foreign Affairs and Vice-President Federica Mogherini said that the EU is a “cultural superpower,” at the opening of the Frankfurt Book Fair.

“Culture is an integral part of our European foreign policy. We are by definition, as Europeans, a soft power. And even now that we are investing more than ever in developing our hard power – that sometimes is needed — our European Defense, our strategic autonomy that sometimes might be needed we continue to be a cultural superpower. Let me say, the cultural superpower in the world,” Mogherini said.

She furthermore stressed on the importance of cultural diplomacy and that Europeans have always understood the force of international cultural relations – for the economy and for international relations. “And now, with our European Strategy on Culture in External Action, the same is finally true also for the European Union as such,” she said.

The EU strategy she mentioned aims at “encouraging cultural cooperation between the EU and its partner countries and promoting a global order based on peace, the rule of law, freedom of expression, mutual understanding and respect for fundamental values.”

She also said that it is not the goal to replace national cultural diplomacy, but to empower it, joining forces at a European level. She also claimed that in the past years the EU has shown “the power of culture for peace, security and economic development.”

Mogherini also highlighted the necessity of intervention wherever and whenever culture is attacked and threatened and that Europeans value diversity.

“So for us Europeans, who base our identity on our culture – a culture that values diversity – it is only natural to intervene whenever and wherever we see that culture is attacked. We intervene to de-mine the University of Mosul; to restore the Timbuktu manuscripts; and to preserve the memory of destroyed heritage through the most advanced technologies at our disposal and to protect writers and journalists under attack everywhere in the world,” she proclaimed.

This is of significance, because of the EU’s obvious failures in integrating the immigrant waves that are swarming the bloc. Since 2014 more than 1.8 million refugees have arrived in Europe. More than 1 million of them in 2015 alone.

The large influx has triggered social and political instability within the bloc. Welfare systems are showing inability to cope with the migrants. There is also an increase in crime, which could be related to the migrants, however there is no conclusive data to say that the migrants are the reason. Despite that, right-wing populism is on the rise in Europe.

The EU knows that it is the US that is funneling refugees into Europe, to disrupt social cohesion. The EU however is also an American tool, so they won’t speak the truth.

It’s not just the US – The GeeBees (Britain) and the Frogs (France) are just as bad, acting a bit more from backstage. Don’t forget the Vatican, neither.

Not to forget the UPU (Universal Postal Union) without whose approval there is not one military action.

The EU is an opportunity to get rid of the USA. I hope the Euro will become the strongest currency on the planet, so the USA goes bancrupt and falls apart.

asshole..wtf do u mean with “there is no data to proove that migrants are the reasson for the high crime rates”….prick….ofcourse there is data, tons of it, in all countries. murder,theft,rape,gangrape,manslaughter,stabbings….all these crimes have an extremely high rate of migrants commiting them..overwhelmingly

sink them in the sea those fucking murdering rapists…all of them..

not even their own countries want those pricks back..not one…

Sick piece of hypocrite shit is what YOU are

Jepp – they take the “Cultural Superpower” apart, every day a bit more, one crime at a time…

Whole bunch of idealist globalist talk, not a lot towards the actual problem. Where are you going to put these people?

Again, an extremely well-paid Brussels tool spouts complete, brain-washed nonsense. This extremely well-paid apparatchik should first tell Britain, France, Spain and the Netherlands to give up all of their overseas colonies. This fore gone era imperialism does not look too cultured to me. This meatball must have blinders on or is just selectively apathetic and downright stupid not to realize what this migrant invasion has done to many countries in Europe. A complete phony, fake and fraud. Fortunately, she is leaving her position next year. Good riddance.

Fuck those migrant fuckers let them all die.

Maybe you should stop being hypocrite, for sure one of your ancestors was a migrant