According to sources close to Brussels the EU is considering to close its borders for immigrants and refugees on March 1. 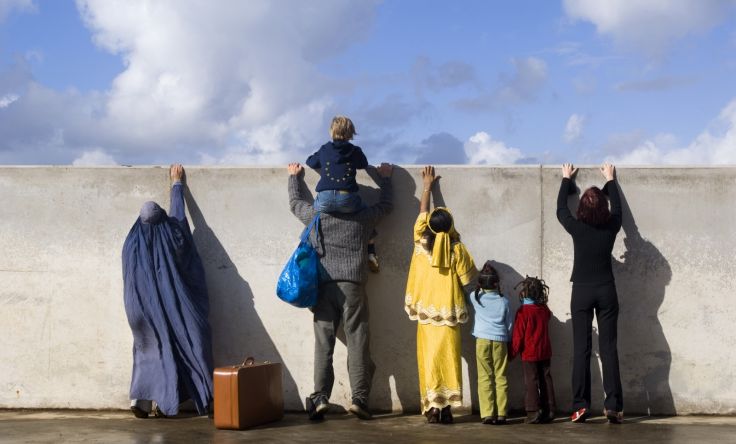 However, the closure of borders for refugees will be gradually implemented, mainly for immigrants from Iraq, Afghanistan and then at the end of the process also for those who come from Syria.

“The process of complete closing is already taking place between Austria, Slovenia and Croatia, as well as between Serbia and Macedonia. This means that rigorous profiling of refugees and immigrants has already begun: whether they are from the war zone, whether their family members are already in the territory of the European Union, their dialects are also being checked, the control of documents has become stricter …etc. These are the measures that are already being carried out, “note sources.

But the common agreement regarding the plans of the Western Balkan and other countries and their programs for accepting the immigrants and refugees still remain unclear for EU institutions.

And while EU is trying to find a solution for this problem which already turned into global one, the Norwegian Refugee Council (NRC) is warning EU against the closing of European national borders and called on European leaders to agree instead on a credible collective response to the current migration crisis.

The NRC urged the European Union to resist the imposition of new border restrictions and instead hammer out a common European approach to the migration challenge.

Over the past few months, numerous countries along the refugee transit route from Greece to Northern and Western Europe have unilaterally built border fences or imposed border controls preventing onwards movement to all but a handful of nationalities.

Norwegian Refugee Council Secretary-General, Jan Egeland, said that “If the Greek-Macedonian border is sealed, or if Greece is suspended from Schengen, Europe will see massive refugee camps on its soil as large numbers of people seeking protection will become trapped – unable to travel beyond Greece, nor return.”

He added that to avoid this risk the EU needs to commit to receiving more refugees through its relocation scheme, increase support to frontline states such as Greece and Italy and transit countries, such as non-EU Macedonia and Serbia, create more safe and legal routes to Europe, and scale up assistance to humanitarian crises in Syria and the neighboring countries, Iraq and Afghanistan.

Despite expectations that the flow of people fleeing war and poverty would slow down during the winter months, UNHCR figures show that over 76,000 people – nearly 2,000 per day, have reached Europe by sea since the start of the year.

to the hell with those terorists. Soros and Merkel have to pay for a return ticket for those “refugees”.

NRC is not what it looks like. Its more like NRC helps the refugees to GET TO Norway.

Jan Egeland have made several very ugly statements regarding the bombing of Libya and in a summary of all his statements regarding Libya, there can be no doubt that Egeland is a stealthed part of the secret cabal that wishes a bloodshed all over the middle east and north africa. When you think Egeland, think warmonger and double agent of the zionist/jesuitt and whatever evil there is on this planet.

He is NOT a good man nor a honorable person.

Save the indigenous peoples today! IndigenousEuropeans.org