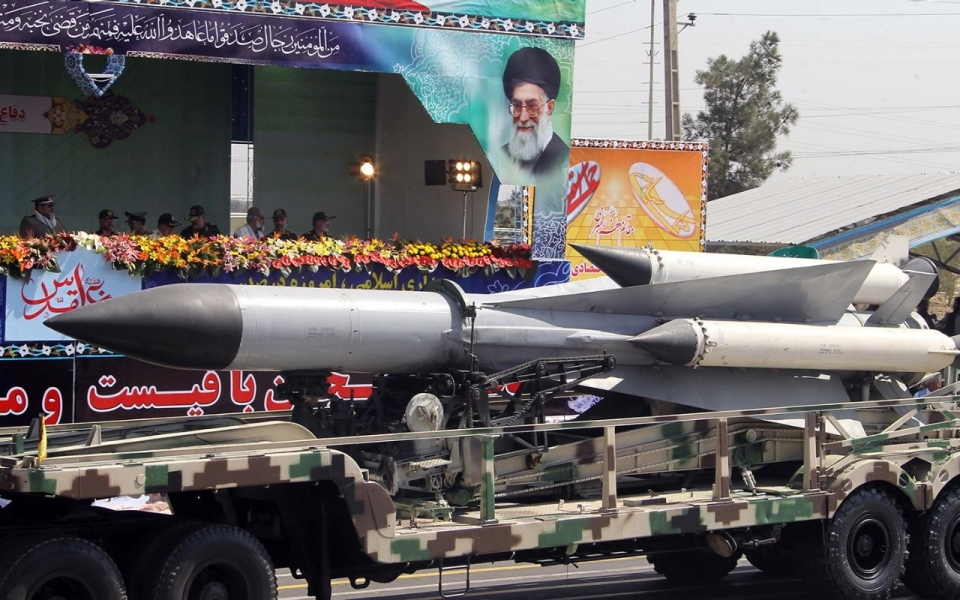 On September 24th, the EU, together with Russia and China, agreed with Iran on a new payment system to trade despite the US sanctions, as announced by the High Representative of the European Union for Foreign Affairs and Security Policy Federica Mogherini.

The remaining signatories on the Iran Nuclear Deal announced that they would establish a channel to facilitate payments for Iran’s exports, including oil, as well as imports. The decision was reached after high level, closed-door talks at the UN in New York.

“Mindful of the urgency and the need for tangible results, the participants welcomed practical proposals to maintain and develop payment channels, notably the initiative to establish a Special Purpose Vehicle (SPV) to facilitate payments related to Iran’s exports, including oil,” Britain, China, France, Germany, Russia said in the statement.

The statement by the five nations confirms that Iran has been complying with its end of the agreement. It also added that the six countries signatory to the 2015 nuclear agreement “reconfirmed their commitment to its full and effective implementation in good faith and in a constructive atmosphere.”

The group said they were determined “to protect the freedom of their economic operators to pursue legitimate business with Iran.”

“In practical terms this will mean that EU member states will set up a legal entity to facilitate legitimate financial transactions with Iran and this will allow European companies to continue to trade with Iran in accordance with European Union law and could be open to other partners in the world,” Mogherini told reports after the UN meeting.

Mogherini stressed that the financial facility could also help preserve the nuclear agreement that is “in the international interest” and that the EU argues has been successful at preventing Iran from developing nuclear weapon.”

Al Jazeera’s Shihab Rattansi, reporting from the UN headquarters in New York, said the new entity will act as a “clearing house, a middleman, so to speak, between Europeans and Iranians as they try to do business.”

“If the Italians want to buy some Iranian oil, they will wire the money to this entity which will then handle the financial transactions from there and vice versa,” he said. “There will be no involvement of commercial banks and central banks, both of whom are terrified at the prospect of US retribution if they are seen to be going against US sanctions.”

Rodger Shanahan, a research fellow at the Lowry Institute for International Policy, called the EU agreement “a poke in the eye for the US.”

“I think it reflects the kind of the attitude that the Europeans have had about the decision by President Trump,” he was cited by Al Jazeera.

“They have been quite upset about going against international norms of pulling out of the agreement. At the same time, all external auditors have found that Iran has been complying with the agreement. So the Europeans want to try and save the agreement and they’re seeing this as really the last chance.”

The EU has struggled up until now to come up with an adequate legal framework to protect its companies from the US sanctions, which are set to come into effect in November, and has tried to deter firms from pulling out of Iran.

Despite the EU imposing its blocking statute, prohibiting EU companies from complying with US sanctions, a number of companies including French energy giant Total, carmakers Peugeot and Renault, as well as Germany’s Siemens and Daimler have already suspended operations in Iran. Total left a $4.8 billion oil project in Iran, due to fear of US sanctions, which was then taken over by a Chinese company.

Earlier, on August 22nd, German Foreign Minister Heiko Maas called for the EU to look for ways bypass US payment systems by creating its own financial channels, a European monetary fund and international bank transfer system like SWIFT. “As Europeans, we have clearly told the Americans that we consider phasing out the nuclear deal with Iran a mistake,” Maas commented. “Meanwhile, first US sanctions are back in force. In this situation, it is of strategic importance that we clearly tell Washington: we want to work together. But we will not let you act over our heads. Therefore, it was right to protect European companies from legal sanctions,” he said.

All of this was caused by the Trump administration’s decision to withdraw the US from the Iran Nuclear Deal and reimpose sanctions on Iran. The remaining signatories vowed to combat these sanctions and assist Iran, which has threatened to continue its enrichment activities if the deal falls through. The first batch of sanctions came into effect on August 6th, with the second batch which specifically targets Iranian oil exports are to reimposed in November.

The EU, US allies and the international nuclear watchdog IAEA maintain that Iran continues to abide by the terms of the agreement.

The US will soon find it’s lonely at the top. And they can’t do without Iranian oil. So Psdt Rouhani will be a wonderful man! Iran deal # 2?

All this for keeping away Iran from development their defence assets because Iran is a hurdle in front of US, UK and France expansion. Can the world impose sanctions on US, UK and France? Either nuclear free world or let every country get their nuclear weapons to protect their nation from aggressors. That’s it, no gimmick.

This will result in false flag attacks in europe. Iran’s ennemies will not tolerate this insolence from europe.Be vigilant friends

This will be a huge step towards de-dollarisation. I wonder what is stopping Russia or China from establishing an alternative payment system of their own, now that it is so necessary.

Thanks. I’m just reading about that. It’s building up its volume of business and number of participating foreign banks. The bigger it gets, the more viable it as an alternative to SWIFT and the USD.

AM Hants
Reply to  Neil

Russia has got MIR.

Neil
Reply to  AM Hants

Thanks, AM. That is excellent. It looks like it only connects Russian banks at the moment, but I guess it can be made to connect globally in the near future. Necessity is the mother of invention.

Already done, but maybe not well known yet.

As well as CIPS, there’s the Yuan/gold/oil futures exchange thing. I guess that’s building up steadily too. The EU thing promises to be big though because the Euro is a major, stable currency. Also, they’re trying to make it sanction-proof.

Indeed, but there will be a Cold backed Rouble before that (if it hasn’t happened already).

The gold-backed Rouble will be stable enough to be a reserve currency. All the pieces are falling into place.

I totally agree with your comment, but I would add the Renminbi / Yuan.

This new system effectevly kicks out british companies to do trade with Iran. They don´t have this alternative route for transactions and are so prone to the Zionazi sanctions. That hurts a lot!

Excellent, there is more than one way to pluck an eagle and this is the first step finally taken, the Beastly bird cannot fly without its feathers (Dollars as reserve currency).

A Dollar for a Nickel that this anouncement was one of the results of this tender encounter:

They understand each other, both spent a lot of time in East Germany, and both speak fluent Russian and German.

What does the title have to do with the image? Seems like propagation of Iranophobia by connecting Iran to missiles…

My enemy’s enemy is my friend. Neither Russia nor China has any love for Iran, they just want to tick us off.

Iran is central to the new Eurasian empire, love has got nothing to do with it, it’s business. The US is scared that the Eurasian economic block will make the US irrelevant, and it will.

They said its takes many years to develop an alternative to SWIFT. It took a few months as I said. Its 2018 not 1960. The USSA dollar can be dropped as a reserve currency and as a currency of trade in a few months.

A bit of trivia about SWIFT. When the Europeans came up with SWIFT they wanted to use high level uncrackable encryption. The US would not join the system unless security was lowered, so the NSA could eavesdrop. The Europeans of course obliged the Americans, and there have been a few cases of money being stolen via hacking. SWIFT really needs to be replaced for security reasons.