The EU has decided not to attempt to block construction of the Nord Stream-2 gas pipeline more. 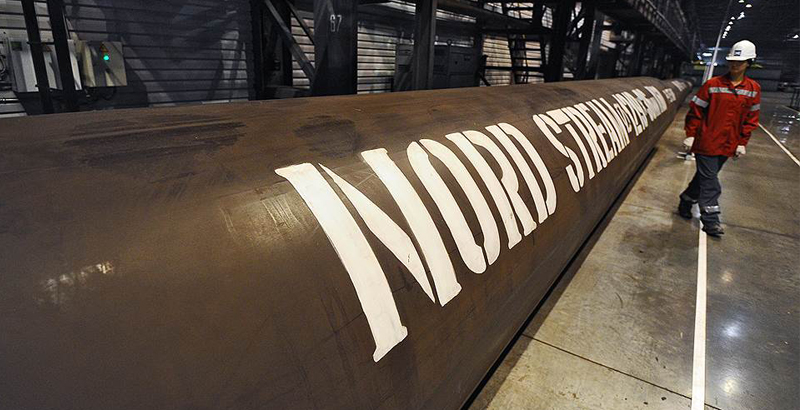 The EU has refused all its attempts to block construction of the Nord Stream-2 gas pipeline, the Wall Street Journal newspaper reported.

According to the newspaper, the EU authorities have long been under the pressure of several states, the main of which was Poland, but now Brussels wants to remove the concerns of these countries with the help of Moscow.

Earlier, the European Commission sent an official letter to the heads of the energy departments of Sweden and Denmark, in which clearly stated that it sees no reason to file a lawsuit against the Nord Stream-2.

As the Wall Street Journal noted, Brussels has concluded the discussion on the implementation of this project.

At the same time, the European Commission admits that the counteracting can lie only in a political context, there are no legal grounds for impeding the construction. In addition, the EU rules do not apply to the offshore part of the pipeline.

The Nord Stream-2 is a large-scale project of construction of two lines of a gas pipeline from the Russian coast to Germany through the Baltic Sea.

The gas pipeline’s capacity is supposed to be 55 billion cubic meters of gas per year. According to the Gazprom company, the project’s cost reaches 9.9 billion euros.

I would like to share a bottle of Champagne with Gerhard Schroeder , former german chancellor (just before Merkel). He is now the European CEO for Gazprom , Nordstream 2 was one of his favorite projects. Seeing Angela Merkel rowing backwards from her former positions must be a sweet vengeance for him.

As usual, the Baltics and Polish will continue to moan and groan loudly, opposing “Russian invasion of the economy”.

Both Ukraine and Poland have protested and whined their way out of a valuable long term income stream – they completely failed to grasp they are simply a land bridge between supply (Russia) and demand (EU). They didn’t actually produce anything in that equation, yet had an income stream and subsidized gas supplies due to the necessity of transiting of territories, but both managed to politically destroyed their role in a simple equation, to point that Russia and EU would now rather spend billions to just literally go around them…

I like that the Russians took a page from the Americans and ensured that enough people were going to make some real money on this pipeline that it is finally going to be built.

It’s actually good economic news for the western Europeans as it allows them access to low cost natural gas. With declining natural gas production from their own sources Europe had been somewhat pressured by the Obama administration to buy LNG from the US. Not going to happen as US LNG is like twice as much as Russian piped gas. The US’s hope to be a significant source of exported LNG is over. The dominoes set up under President Obama are falling over.

My impression is that this is a huge signal that the dam of nonsense against Russia is breaking. Nothing speaks louder about the direction of political things than money. It is welcome good news.