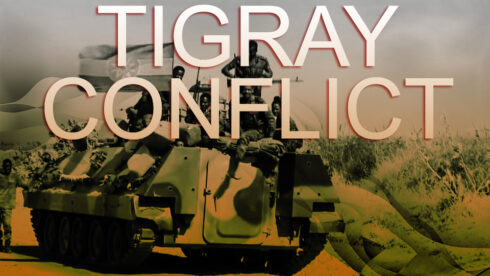 A dry season came in Ethiopia, together with a new round of escalation on the Tigray front lines.

The rainy season has temporarily impeded major military offensives, bringing a reduction in the scale of hostilities along most battle fronts over the last two months. Nonetheless, intense battles have persisted on the main strategic fronts, and the Tigray Defence Forces (TDF) have met much greater resistance as their rapid advances during June and July took them further from their core areas and into the terrain of the neighbouring Regional States of Amhara and Afar. 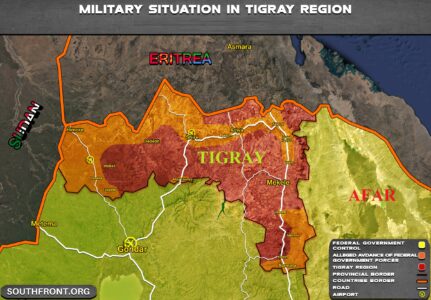 The Ethiopian National Defence Forces (ENDF) have reportedly intensified air and ground operations against the Tigray rebels in the northern region of Amhara. Rumors about an ENDF large ground operation are also spread by the media.

The operations take place amid the mass mobilisation throughout the country, including the Amhara region.

The spokesman for the Amhara region said on Twitter: “Since an operation to free our people who are in trouble because of the terrorist TPLF could be conducted at any time, in all fronts, we all have to be vigilant 24 hours a day.”

Getachew Reda, a senior member of the Tigray People’s Liberation Front, claimed that air strikes and artillery bombardment had struck Tigray in the past two days, without clarifying if they had resulted in any casualties.

“At this stage it is mostly air, drone and artillery bombardment,” Getachew said via text message. He added that thousands of pro-government combatants had been spotted near the towns of Hara, Wergesa and Wegel Tena close to the Tigray border in Ethiopia’s northern Amhara region.

He reported a major troop build-up, saying “tens of thousands are amassed” in northern parts of Amhara including the North Gondar and North Wollo zones.

The Amhara officials and Ethiopian military representatives are yet to comment on the issue.

The reports come a few days after Prime Minister Abiy Ahmed was sworn in for a new term on October 4th. Along with the almost a year-long war in the country, he is facing threat of U.S. sanctions against individuals and entities responsible for the violence in Ethiopia. In his turn, Abiy Ahmed vowed to defend Ethiopia’s honor despite mounting international pressure.

Although international efforts to persuade the belligerent parties to call an immediate ceasefire have intensified, the irreconcilable differences between the permanent members of the Security Council means that nothing positive can be expected from that quarter in the foreseeable future.

The UN became a scene for another scandal.

Ethiopia has recently expelled seven UN representatives for allegations of misconduct and for meddling in internal affairs.

The Ethiopian ambassador to the UN Selassie explained that the UN officials had made up data, falsely claiming hunger was used as a weapon of war. They were also accused of not being neutral, supporting the Tigrayan forces.

“To use their own words, they were looking to create a Darfur-like situation,” said Selassie. “They, suddenly and overnight, created one million victims of health disaster,” he added.

“Ethiopia deeply resents this experience,” the ambassador continued, adding that the government had written to the UN about staff conduct in July.

“It is my duty to defend the honour of the United Nations,” Guterres told reporters after a rare public exchange with Ambassador Taye Atske Selassie Amde at the end of a Security Council meeting on Wednesday.

The war in northern Ethiopia erupted in November when Abiy responded to TPLF attacks on federal army camps, sending troops into Tigray. Although government forces quickly took control of Tigray’s cities and towns, the TPLF recaptured most of the region including the capital Mekele by late June. Since then, the front lines remain unstable with regular clashes erupting in Tigray as well as in neighboring Afar and Amhara regions.