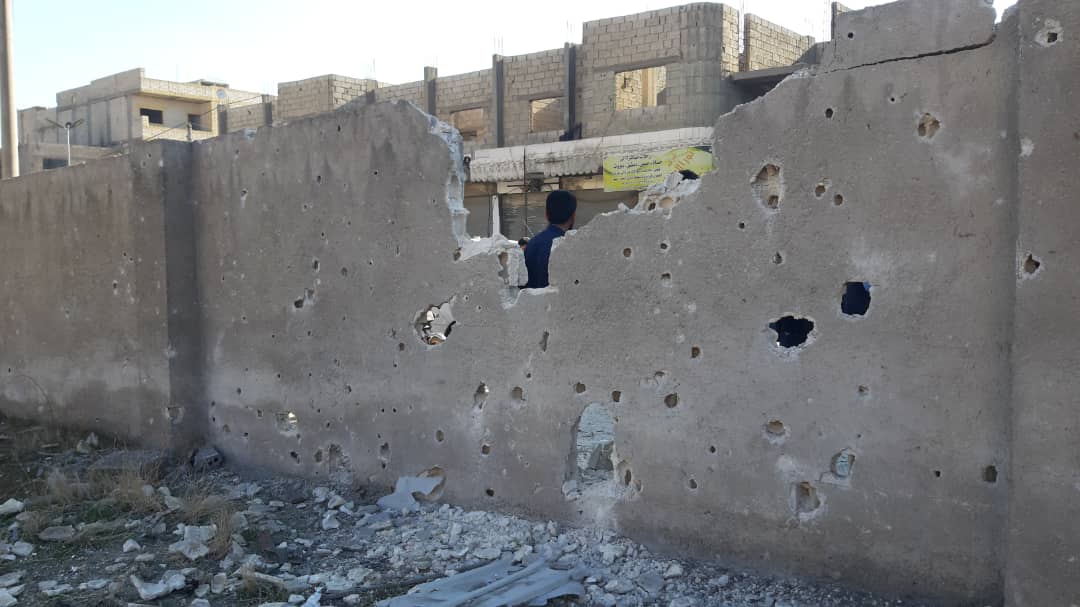 On January 8, intense Turkish artillery strikes targeted the town of Kobane in the northeastern countryside of Syria’s Aleppo.

The strikes hit the center of the town, which is held by the Kurdish-led Syrian Democratic Forces (SDF), as well as a number of nearby villages, including Qarmough, Kuberlak, Jurn, Kallab, Taljib, Khana, Zarzouri, Sawan, Salibi, Khan and Bir Arab.

As a result of the Turkish strike, the mayor of Khana, Ibrahim Sharif, was killed. At least 11 other people, including several women and a 4-year-old child, were wounded.

The Turkish artillery strikes on Kobane and its surroundings will likely provoke a fierce response form the SDF. In the past, the group responded to similar strikes.

The Turkish military and its proxies could use any response by the SDF as a pretext to justify a large-scale military operation in northern and northeastern Syria. Last year, several reports revealed that Ankara had been preparing for an operation against the group.

Kobane, a stronghold of the SDF, will likely be one of the main targets of any new Turkish large-scale military operation in Syria.