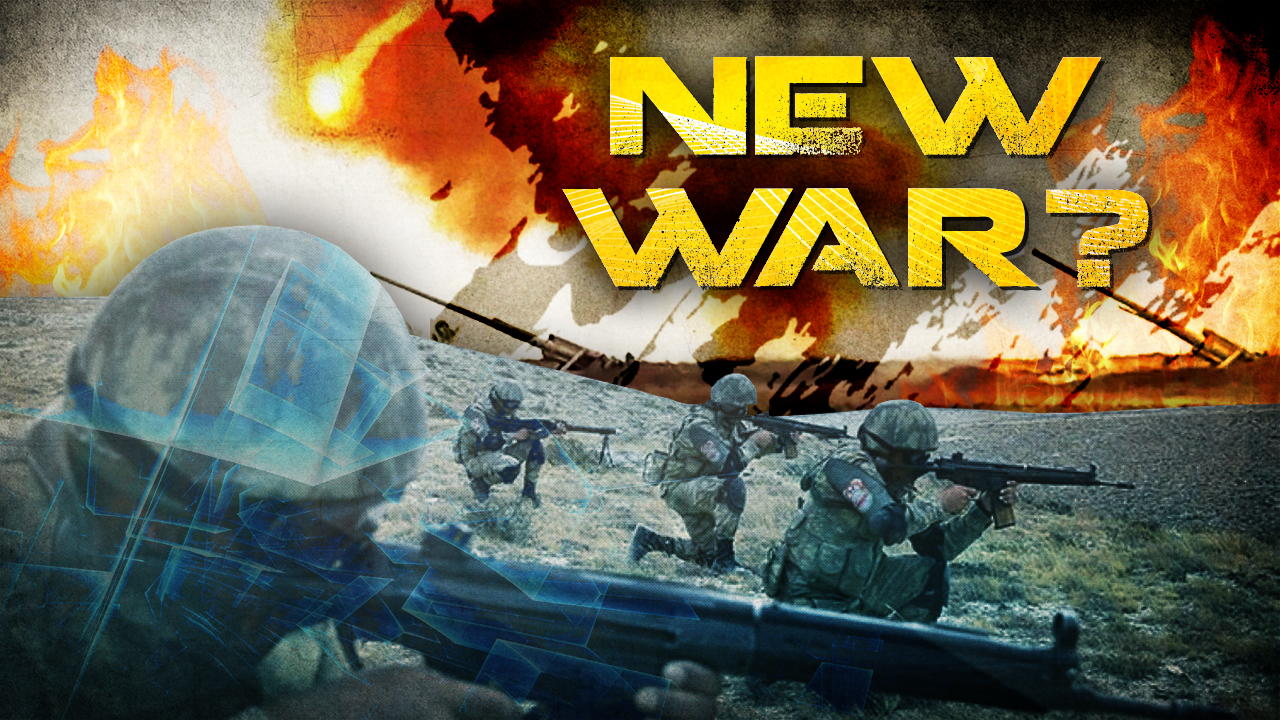 The disputed region of Nagorno-Karabakh experienced on August 3 a new round of military escalation, that saw the Azerbaijani combat drones attacking Armenian forces for the first time in several months.

The escalation began when the Azerbaijani Ministry of Defense said that Armenian forces had attacked Azerbaijani military positions in the region of Lachin, which is under the supervision of the Russian peacekeeping force, killing an Azerbaijani soldier.

Hundreds of Russian peacekeepers are currently deployed in Nagorno-Karabakh to enforce the ceasefire reached after the war of 2020. The war broke out as a result of a large-scale offensive by Azerbaijan, whose military was able to capture a large part of the disputed region.

“On the morning of August 3, members of illegal Armenian armed detachments in the territory of Azerbaijan, where the Russian peacekeeping contingent is temporarily deployed, subjected to intensive fire the Azerbaijan Army positions stationed in direction of the Lachin region.

A serviceman of active military service – soldier Kazimov Anar Rustam became Shehid [killed in combat] as a result of a bullet wound,” a statement released by the Azerbaijani MoD reads.

In response to the alleged attack, the Azerbaijan military targeted several positions of Armenian forces on the northwestern part of the frontline in Nagorno-Karabakh with artillery and combat drones.

The Azerbaijani MoD shared footage of three strikes, which were carried out by Turkish-made Baykar Bayraktar TB2 combat drones. The strikes targeted a fortified position, a battery of towed howitzers and a military truck.

The strikes were the first since March, when Azerbaijani drones killed three Armenian soldiers after a similar escalation.

The ministry of defense of the breakaway state of Artsakh said in a statement that the Azerbaijani strikes killed two Armenian soldiers and wounded 14 others. At least two of the wounded are currently in a critical condition.

“As we have already reported, on August 3, starting at 09:00, Azerbaijani units, grossly violating the ceasefire, with the use of mortars, grenade launchers and UAV strikes, shelled military positions and the place of permanent residence of one of the military units, as a result of which Artsakh contract servicemen Gurgen Gabrielyan and Artur Khachatryan died. Another 14 soldiers were injured to varying degrees. Measures are being taken to stabilize the situation with the command of Russian troops carrying out a peacekeeping mission in the Republic of Artsakh.

As of 6:00 p.m., the operational and tactical situation is relatively stable,” the statement reads.

Nagorno-Karabakh experienced tensions on July 31, when Azerbaijan also accused Armenian forces of attacking its troops. Later on, several reports speculated that Baku is preparing to launch a new large-scale offensive in the disputed region.

Russia is yet to comment on the tense situation in Nagorno-Karabakh. Moscow will likely use its strong relations with both Baku and Yerevan to prevent any further escalation.

This is another proof that russian army is joke and alliance with russia was mistake for Armenia. More countries will see it now. Glory to nato !!!

Lol, nato is a joke, look how ukkies plus 30 other nato countries are loosing in ukraine

alex = ivan ? BTW there is no nato in ukraine, if nato is there then russian child rapists will be eliminated in two weeks. Dont compare shithole russia to nato bro. Its like premier league vs austrian league :D

Nato are weak sodomised glorified only in lies and myths,you are getting belted every each,night and day,thus your level of ignorance is only equaled by your own stupidity, Crimeas beautifull,only dumb jealous lgbt flogs,live in lice infested moss holes don’t shine. Fixed!

Quite hard to believe that this was started by Armenia since they suffered a crushing defeat the last time they fought against the azeris who used Turkish bayraktar drones.

Nato is about money laundering and aquiring other countries resources. They do not fight wars they take over areas and steal whatever is produced there that they want. Nato has been about theft, not peace, or even defense for a long time now, if not always.

Pelosi is laughing at you
Reply to  Alex

The war in Ukraine is far from over! Ukraine is still in the Donbsss and valiantly holds its positions despite heavy bombardment from Russian artillery. The Russian led CSTO is a joke. Russia is abandoning Armenia to Azerbaijan 🇦🇿

Last edited 6 months ago by Ring the Bell
-10
Reply

eric
Reply to  It’s me

Armenia is best back as an iranian province. It borders Iran and will be a lot safer.

Armenia will be Iran, by choice.

Azerbaijan will be Iran, by force.

More likely both to become like Russian,mi6/cia gimps have nothing to offer,yet iran is iran!

And Iran will Turkish by force

Iran is already Turkish. Huge percent of the population is Azeri, and half of Tehran speaks Azeri Turkish.

But more importantly, Turkey is already Persian. What language were they speaking in Topkapı for five hundred years, I wonder?

Baku does not and will never belong to Tel Aviv, Washington, or Ankara.

But aside from the issues of religion, Syria, and Azerbaijan; I think that Iran and Turkey have so much to offer each other. Any conflict between the two is pointless and only benefits the Jews.

IRAQ=CIA/MI6 MUPPETS!
Reply to  It’s me

Looks like cia/mi6 better get over it,no messing in Russias backyard or else Russia will choke nato!

That doesn’t help them at all, they are getting hit by drones and can’t do anything about it.

They MUST upgrade their air defense – look at Ukraine that can’t even send drones to the part where Russia took from them.

They can attack by other means if they want to…

Where is air defence system of Armenia

They or atleast some maggot on the cia take,violated the peace treaty,no future in fascism nor lgbtq!

Very out date and they don’t have a lot.

Remember Iraq? When Saddam was in power Iraq was 2nd best military in the WORLD. But they didn’t upgrade their air defense systems and yanquis just for 2 weeks bombed their mother to the end.

There was a study done by the Polish that pointed that out – if Iraq had better air defense systems it would stop yanquis air power to do anything.

there are four azeri soldiers dead too!!!

it is not like the armenians are just dying, they are killing too

Shitskin axpers were also claiming they lost no territory in 2020 while the Azeris were blitzing through.

More likely the armenian shitskins suffered four dead and admitted only one, since they are a race of lying darkies.

After the annexation of Ukraine and Moldova, Azebaijan should be next.

Nah, the only thing that should happen is a four way invasion of armenia and a new genocide of axper shitskins, the brown wog christcuck mongrels who pretend to be White Europeans.

I for one want what Enver pasha did to be surpassed.

Has an Armenian stolen your lollipop as you were a child?

Another Masterpeace of the US they bought the Armenian political class to abandon the alliance with russia to then let the azeris kill armenians in karabakh/ artsakh without helping them so they can blame russia for not helping.

TB 2 ON THE MISSION AGAIN 😅

Soviet cope cage will not help.

Real victory was in 1990s when we wipe the battlefield with the blood and corpses of 30000 Azeri Zionist Turkish rejects! Slava to Armenia and their heroes! Azeris do kaka in their pants when they come face to face with our soldiers…..fact!

Shitskin axper, you monkeys were losing the war up to 1992 and it took Azerbaijan an incompetent president to piss away the advantage.

44 days was all it took for you brown monkeys to squander swathes of your land while the enemy blitzed through the region.

This time, I hope they cull your populace like the turks did in ottoman times, simply because you’re christcucks, shitskins and mongrel whores of MUTTskals 🇲🇳/🇷🇺

Beat it in your head, darkie – you are filth with skin the colour of my shit and with a vulture beak of a nose like a kikeroach shitskin hebrew ✡

Armenia moved away politicaly from RF and towards US. Why would RF defend someone that is betraying them? And what Armenia got in exchange for switching loyalties? Well – beating up by Azerbaijan who grabbed oportunity when Armenia stupidly decided to be without allies… And even after horribly losing blitz war, Armenians again elected same people that pushed away Russia and managed to lose most of Nagorno-Karabah!!! Unbeliveable…

Get off them gender change tabs,your the soros/gimp whos got nothing,nor getting anywhere (period) You lacketh the energy see,the future is established CCCP fossils will rule over 100 years,FIXED!

Why do you play on KIKErosoft’s console? I always use PlayStation because Japanese electronics>>> amerikwan zogmutt crap.

No one gives a rats arse about microsoft,China has better x86 platforms but your too dumb to know!

Says who THE UKRAAPA NAZI (PROVEN) CHILD RAPISTS N KIDDIE KILLERS OF ZEALENSKYS? THE REAL WORLD KNOWS GIMP,YOUR THE POOF THUS THE LIAR THUS THE FOOL OF THIS FORUM, ASSFLOGGED NOTHING BURGER FULL OF SHT! NO ONE BUT ONLY THICK NAZI SCUM BELIEVE YOU!

It seems like the armenians want to get their arses kicked hard again just like the last time. If they want , we can give it.

No, this is just a NATO/Zionist plot to bring instability to the border regions of Iran and Russia.

Not if Russia can help if that were to take place= cia- CHECK!

That’s the precision, clarity and accuracy that I would like to see from the Russian army, but unfortunately the equivalent Russian videos always show that their weapons lack accuracy, and the image quality is also always poor. Clearly Russia needs these types of drones

That looks more like a war than some border skirmish, I think it’s time for Armenia to bring its A game.

Still amazed of the incompetence of the old school army. No protection against drones – you could just hand over your weapons and walk naked.

But if such the old school hetero army had Russian air defense,no new gen came even close (period)

The war broke out because of Armenia after 25 years of negosiations made no solutions possible.

I only see the disputes right now is for internal matters like elections and that.

Gayrectums have been so seriously shit-fucked by Russian air defenses that they badly needed a PR win.

Maybe Azeris will take the rest of their land back after being ethnically cleansed by Armenians. Where is the Lobby in Congress now ? That’s right…can’t do nothing against Turkish TB2. Keep your F16’s.

War is not a solution of any problem. If really it is then Washington would never be defeated on different fronts. Ask from Washington how they feel about wars?

So can’t shoulder launched rockets take down these TB2?