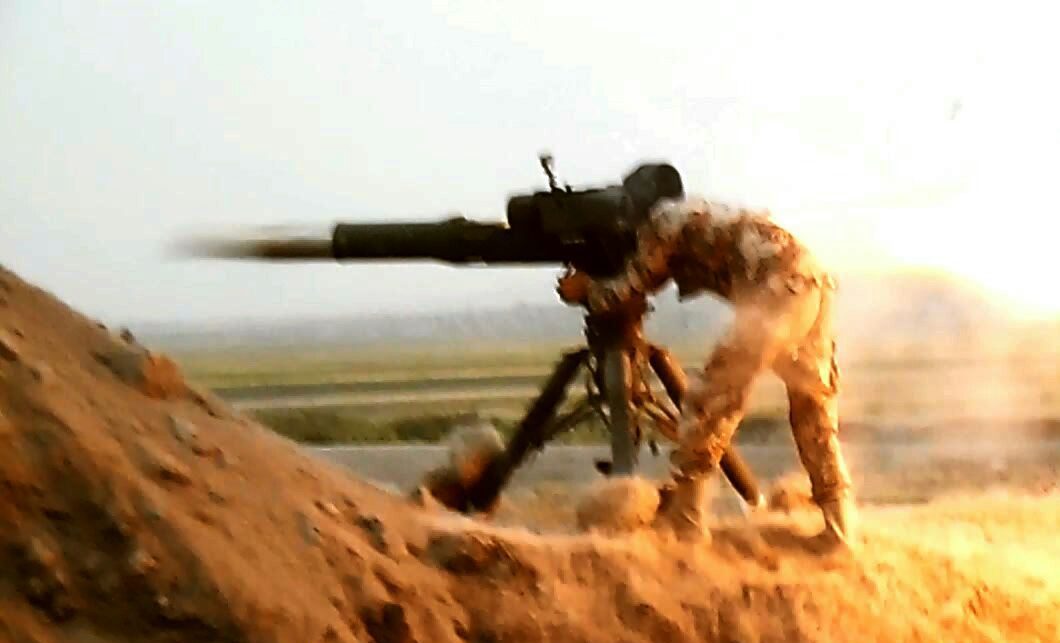 Al-Qaeda-affiliated Hay’at Tahrir al-Sham (HTS) and its allies continue to violate the ceasefire in the northwestern Syrian region of Greater Idlib, which was brokered by Russia and Turkey more than a year ago.

On April 13, militants of the HTS-led al-Fateh al-Mubeen Operations room attacked Syrian Arab Army (SAA) troops near the town of al-Hakorh in northwestern Hama. A vehicle was destroyed with an anti-tank guided missile.

According to opposition sources, three officers were killed in the attack. One of the alleged casualties was identified as Lt. Sumar As’ad Murshid.

On April 14, al-Fateh al-Mubeen militants shelled a number of SAA positions in the al-Akrad Mount in northern Lattakia. The London-based Syrian Observatory for Human Rights claimed in a report that two soldiers of the SAA were killed in the shelling. This is yet to be verified.

The SAA responded to these violations by shelling militants’ positions in Greater Idlib, mainly in the al-Zawiya Mount in southern Idlib. A more serious response by the Russian Aerospace Forces is likely to take place soon.

More than a year after the Russian-Turkish agreement, which was signed on March 5 2020, Greater Idlib is still far from being stable. The main destabilizing factor in the region is the al-Fateh al-Mubeen Operations Room, which is indirectly backed by Ankara itself.

Why is super poor China losing so many miners?Really feel bad for them

14 miners were killed on dec 2019 in southwest China mine explosion.

Why are so much of you coolies still eating out of garbage and defecating on the streets?

dude you feel left out here at SF? don’t you?…….guys, talk to this guy, he’s goin in depression here.

I blocked this zombie .

More than a year after the Russian-Turkish agreement, which was signed on March 5 2020, Greater Idlib is still far from being stable. The main destabilizing factor in the region is the al-Fateh al-Mubeen Operations Room, which is indirectly backed by Ankara itself.

Dicksonrp
Reply to  klove and light

I guess Russian pilots will have to work overtime again…

Russia should unleash the SAA and Hezbollah on Idlib backed by Russian air power and missiles,big mistake was signing a deal with those bastards,how many have died since.

HTS would eat Hezbollah alive as we did. Atleast we showed them mercy back in 2006, HTS won’t. Nasrallah is a big talker, just like his friend Bibi. Regardless of those 2 clowns, face to face IDF troops like me will kill them when the order is given. So keep it cool buddy, they are not stupid nor suicidal.

Idlib is still unstable because of Russia’s thinly-veiled desire to take it back. All these allegations of ceasefire violations are provoked deliberately to justify an attack on Idlib. Rebels have absolutely nothing to gain by provoking a Russian attack. So why would they do that? Russia is currently keeping its hands off Idlib with an effort. If Russia continues this attempt to take back Idlib, it’ll likely spark a war with Turkey. I keep asking myself: is Assad worth the cost that war for Russia? Maybe. Maybe not. Only time will tell.

“Rebels have absolutely nothing to gain by provoking a Russian attack. So why would they do that?”

They do it because they’re insane Jihadists who sincerely believe they have the support of God, and people like that ALWAYS lack any normal reasoning ability, they’re just plain insane and do lots of things that normal people wouldn’t. The rebels want to provoke a war between Turkey and Russia, they believe Turkey will prevail in the war and the rebels will finally get what they want, but Erdogan doesn’t even pay his mercenaries the back salaries he promised, so I think the rebels are putting all their hopes on a lost cause. :]

Well, if what you say is true, then the rebels are probably far more calculative than you describe them. If they can succeed in provoking a war between Russia and Turkey on Syrian soil, then they’ll hurt Assad and Russia pretty badly and in a way far worse than any attacks Russia’s made on them. A war between Russia and Turkey in Syria will most likely wipe Assad’s forces out and pave the way for America to gain more territory, Israel to launch attacks on Shiite forces. It’ll be a three front war for Iran (fighting Israel, Turkey, and the U.S simultaneously). Russia can’t help because it’ll have more than enough trouble sparing with Turkish forces who themselves are truly formidable. Last years attack on Syrian forces should be an eye-opener to what Assad may face in such a situation. Once the SAA is decimated, how can Russia continue the fight without deploying significant ground troops. with any significant deployment comes greater casualties for Russia. You think the Russian public will still back the Syrian war at that stage? They’ll be wondering just what the hell Syria represents for their country to make so much sacrifices in blood and treassure.

HTS with 12,000 to 15,000 fighters, designated as a terrorist organization by the Astana agreements, but now HTS claim they’re anti Jihad and want to seek a political solution.

The National Front for Liberation [NFL] claimed to have 70,000 fighters [but probably only 30,000 or less], designated as moderate opposition forces but mostly Jihadists.

Jaysh al-Izza has less than 2,000 fighters and it’s a member of the Free Syrian Army [FSA] which has about 20,000 fighters, they’re also designated as moderate opposition forces but are all Jihadists too and despise Russia.