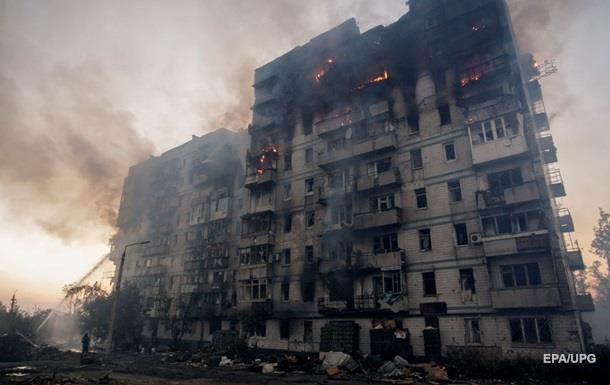 The clashes on the contact line between the Kiev forces and the self-proclaimed republics in Eastern Ukraine have increased. On September 2 was reported that 8 civilians from the Donetsk People’s Republic (DPR) were killed and 46 injured from the shelling by the Ukrainian artillery in the month of August alone. The information was confirmed by the republic’s general-mayor Denis Sinenkov.

He also added that the DPR lost 6 soldiers and 10 were wounded in clashes.

The list of the civilian casualties has come out: 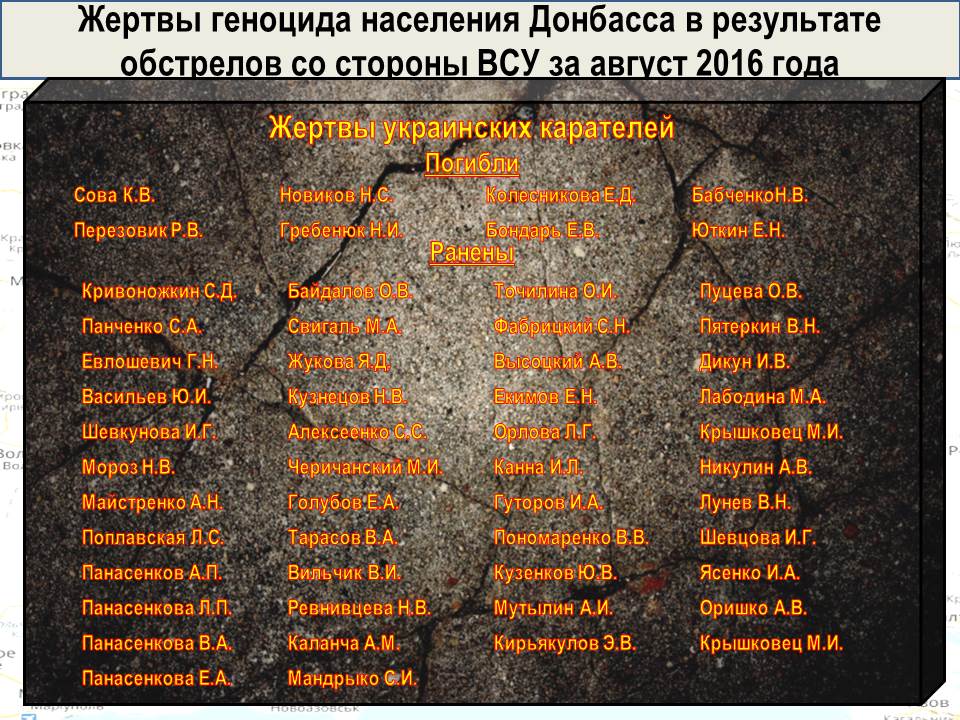 This is yet another report which slams the reports in Western media that the government in Kiev is trying everything possible to follow the Minsk agreement, and that the breakaway republics are the ones which violate the agreement.

We’ve reported several times that the Ukrainian forces have been concentrating more and more troops and hardware, banned by the Minsk protocols, near the contact line.

The fact of the matter is that a full-scale war is not impossible and the next few months will be key for the conflict.

Maybe war soon so Clinton and Media Whores can get U.S. population distracted and try to portray Trump as weak and so forth. Also, Europe is a mess and how else to get their populations to follow. Not everyone, but when you have populations of sheep with Western Goebbels types working in concert with propaganda, anything is possilble. These bastards are crazy.

They hope to provoke the DPR/LPR or Russians into doing something they can paint as ‘aggressive,’ because their narrative is falling apart. With everything as relatively ‘quiet’ as it is, Russia doesn’t seem sufficiently menacing, Europe is disinterested, sensible Ukrainians are proposing negotiations, and the Ukrainian people’s attention isn’t distracted enough not to notice the corruption and theft.