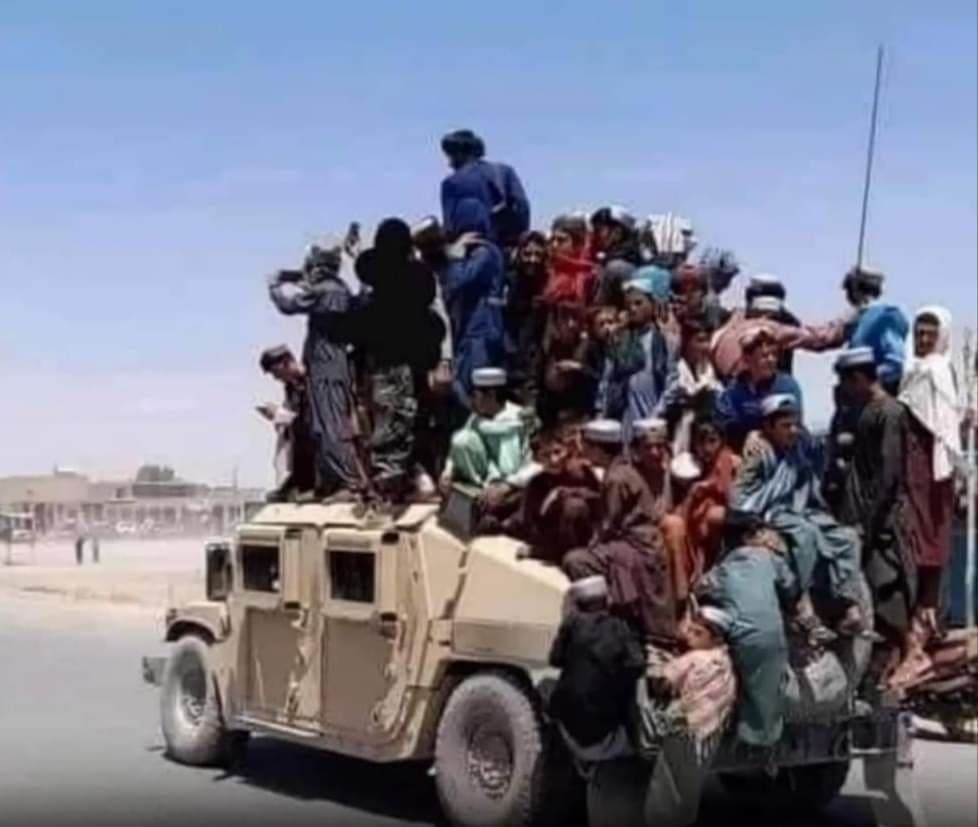 More shocking footage from Afghanistan is published online. The situation remains tense in the country, where the Taliban movement has captured a number of strategic border regions and continues its offensive in different provinces, capturing not only civilian settlements, but also more military bases full of weapons that were abandoned by Afghan government troops.

Other videos were allegedly made in the province of Faryab in early July. They reportedly show the shooting of surrendered soldiers of the Afghan Armed Forces by Taliban militants.

Representatives of the Taliban have already claimed that 174 areas, 85% of the territory of Afghanistan, had already passed under their control, highlighting that government troops were only holding the capital Kabul and surrounding areas.

The most recent gains were made in southern Helmand province, where Taliban militants took control over Garmsir district aver the past 24 hours and are advancing towards the city of Lashkar Gah. 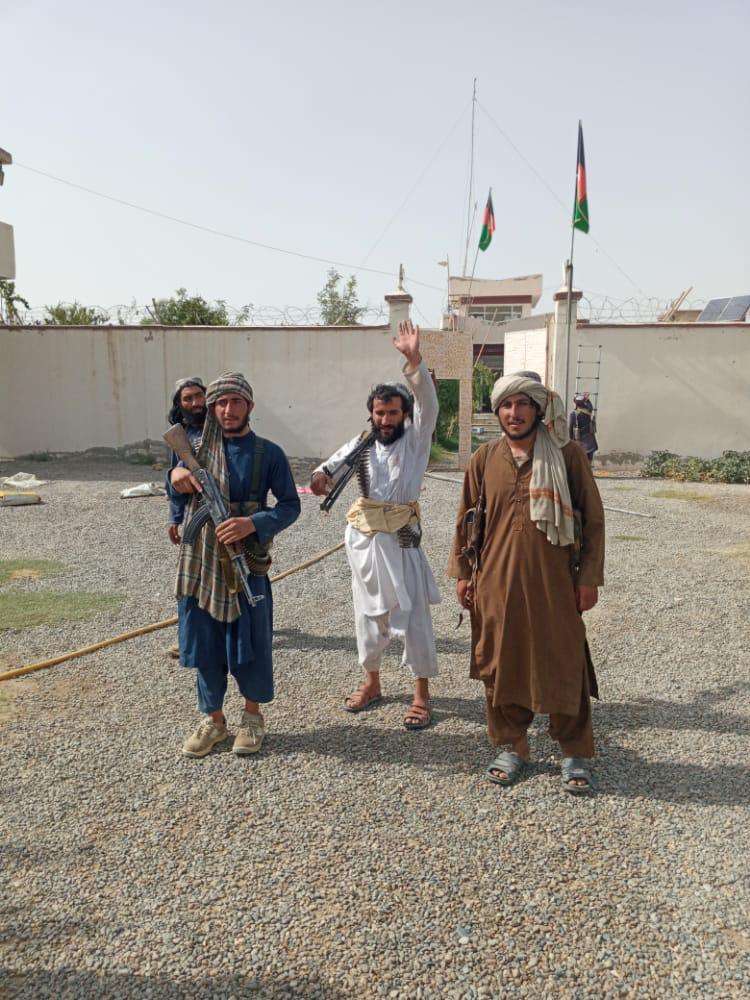 Currently, most areas of Kunduz, Sar-e Pul, Takhar, Ghazni, Kandahar and Helmand provinces have been captured by the Taliban and Afghan Army bases have been besieged.

Taliban spokesman Zabihullah Mujahid said the group’s militants would not attack provincial capitals until September 11, the date of Joseph Biden’s administration withdrawal from Afghanistan, because of its adherence to the Doha agreement.

At the same time, U.S. President Joe Biden has changed the deadline for the U.S. troops withdrawal. On June 8, yet another date was appointed: the withdrawal of the troops should be completed on August 31, 2021. Biden claimed that the United States has achieved its goals: it has eliminated Al-Qaeda and therefore its role in Afghanistan is over. Joe Biden pledged that he would not send “another generation of Americans” to war in Afghanistan.

Donald Trump used his chance to comment on the withdrawal of US troops on July 11, at the conference of conservative circles of the United States in Dallas. He accused President Joe Biden in leaving billions of dollars ‘ worth of weapons and equipment in Afghanistan, which falls into the hands of the radical Taliban movement.

Today #Taliban militants continued their attack on the city of #Kandahar, during which the Sukkur base in the Shah Walikot region was captured. about 50 humvees captured.
Also, about 160 #ANA soldiers surrendered#Afghanistan pic.twitter.com/sk9p9Ss7P7

Washington assures that the withdrawal of troops does not mean the end of assistance to Afghanistan government, but now it will not be military, but humanitarian. At the moment, Washington’s actions only lead to a humanitarian catastrophe.

The flow of migrants from Afghanistan has dramatically increased. Every day, about 8,000 Afghan citizens are waiting for foreign passports to leave the country. At the same time, neighboring states are closing border crossings with Afghanistan, explaining such a decision by the spread of COVID-19. For example, hundreds of refugees got stuck on the border with Pakistan.

Afghanistan has called on European countries to stop deporting Afghan migrants over the next three months, as government forces are organizing to counter the Taliban advance. The government also indicated that it had decided to no longer accept migrants forced back from all countries with which Kabul has migration cooperation agreements.

⚠️🇦🇫🇹🇷🇮🇷⚠️These are all refugees from Afghanistan trying to get to Turkey from Iran …#Iran/#Turkey/#Afganistan pic.twitter.com/9rtDuRS9Pb

As the situation is steadily worsening, Taliban representatives went to Moscow. The delegation headed by Sheikh Shahabuddin Delawar arrived on July 8 two days visit, despite the fact that the Taliban movement is designated as a terrorist organization in the Russian Federation.

Taliban officials may be interested in talks with the Kremlin in exchange of sanctions lifting. That would be not an easy task.

According to Russian media, the representative of the political office of the movement in Doha, Suheil Shaheen, following a visit to Moscow, claimed: “We asked the Russian authorities on the exclusion from the sanctions list of UN Security Council.”

Meanwhile, Russia is taking an active part on assuring the security in Afghanistan neighbor countries.

The chief of Staff of the CSTO, Anatoly Sidorov, has recently arrived in Tajikistan, which has a fairly long border with Afghanistan, which has almost completely passed under the control of the Taliban.

Commenting on the situation on the border, he said that the Taliban had set up observation posts and checkpoints along the Tajik border, but there was no aggression on their part. The militants are acting openly, white flags are are seen at their checkpoints, no attacks were reported.

The 201st Russian military base is located in Tajikistan. It is the largest Russian base outside the country, which hosts 7,000 military personnel. Joint military drills were also carried out near the Afghanistan border.

Taking into account the current situation in Afghanistan, it may be predicted that Kabul forces have not more than a month left. Probably, the negotiations that are carried out with mixed success would lead soon to a ceasefire and Afghanistan would switch to a new era.

Why do they have to surrender… Its better to fight to the death than executed…killed like a dog.. poor ANA…

Hence the euphemism, “save the last bullet for yourself”.

They are American Zionist collaborators. Nothing to feel bad about.

If these ANA people were put into Palestine, they’d side with Israel and kill babies and children for fun.

What a NATO mess. Two decades of NATO occupation ends in strategic failure, and the beginning of a new round of large scale Afghan population displacement. The current aggressive Taliban operations are to make it crystal clear their leadership does not believe they need to negotiate any terms of future settlement with a withdrawing US. Meanwhile, it is all triggering a new round of Afghan exodus, heading towards Iran and Turkey – and a ratio of those entering Turkey will be hoping to then continue onto western Europe or Scandinavia – via the well trodden and much abused Balkans trail.

Why are not the refugees heading to Pakistan? Ahh this is where the Talibs are coming from.

If the big media businesses and propaganda departments in European countries had any sense of critical thought, reasoning and weren’t pathetic lapdog little worms under the degenerate freaks who run US foreign policy, they would alert their populations of a new massive wave of desperate Afghans fleeing for their lives. Migrants from Afghanistan have already flooded into Europe since 2015 and it will only get worse. If the European politicians had scrotums or vaginas between their legs, they would be screaming holy hell at Washington and forcing the already bankrupt US to foot the bill, but they won’t. Does anybody still believe the idiots who say the Taliban won’t occupy all of Afghanistan?

There was never a difference. Before ISIS, the Taliban beheadings were viral on the Internets. Sponsored by the same fags from Riyadh.

Not sure they (the west) had the chance for large scale mineral extraction and export. The heroin however likely did support the training & equipping of the ANA.

It was never the USA who “created” the Taliban, nor Al-Qaeda. Al-Qaeda, as a fighting group, was created by the Saud Arabia secret services in an alliance with Pakistan secrect services as an Islamic foreign legion to make holy war against the Soviet Union. After the liberation of Afghanistan from the Soviets. Bin Laden turned against their creators in the Saud Monarchy because of USA alliance with Saud Arabia against Saddan Hussein. Bin Laden called the Saud family traitors and unfaithful and promised to take down the Monarchy for allowing infidel Americans in Saud Arabia. Bin Laden only escaped alive from Saud Arabia because of the respect of the Saud Family for Bin Laden´s father, who was a great business man and a friend of the King and of the Saud Royalti. Bin Laden had to escape for Africa, then back to Afghanistan. The rest is history.

The CIA didn’t create the Taliban. They were a totally separate group from the other groups that made up the Mujahedeen that were supplied by Saudi Arabia Israel and USA, The Taliban didn’t actually fight the Russians. That is another popular myth as they were all studying in Madrassas , religious schools in Pakistan at the time of the Russian war. They came out when Russia left and started off in Khandeha I think . When the other groups started fighting each other they then went too beat the other groups and took control. They were brutal with their strict Islamic laws and were not much different from what ISIS later became. .They have promised Moscow to be fairer this time but time will tell after looking at this.

Did you wake up now?

All the respect for the Taliban for their 20 years struggle to become free of foreign domination and occupation. Next up is Korea.

This is all American staged. They left purposely those weapons for them.

The taliban are not stupid. They would not give Russia a pretext to get involved in the internal conflict in Afghanistan. The country is surrounded by nations that have strategic partnerships with Russia, China & Iran, hence the pitiful acquiescence by western forces.

The idiotic symbolic date of 11/9 is simply another pathetic deception based on cabalistic numerology. joe bidet is simply a walking perverted corpse.

Russia would never get involved in Afghanistan. Only look at those beatings Russians got for Grozny ^^

There is no difference of Taliban and isil they both are savage people . According to Islam anyone who surrender you cant kill them and infect treat them as good as themselve. But this Taliban who is fake Mujahedeen doing the Dirty work of zionist US for killing their own afgan people. Russian and iran and other border country should not trust them. they are enemy of Islam and Muslim they only need power to Rule they have nothing to do with islam. Terrorism will come back to Afghanistan. Afghan Army should not surrender they better fight till death. one thing is sure US intentionally trained this Afghan Army poorly so that they cant fight

"Israel" is a terrorist European settler colony
Reply to  rafik

The ANA is a complete zionist puppet.

That Taliban group was probably mad at the American occupation forces and their collaborators. The ANA are no angels, and are worse than the Taliban.

Well, it looks like Afghanistan is in for a bloodbath after the Taliban take over. Now we will have to wait to see what they will do after they have total victory. Will they immediately eradicate all Opium production ? If not then we’ll know that they made a deal with the ” devil “. A non functional Afghanistan is perfect for illicit drug production.

TomSawyer
Reply to  Fog of War

It will be civil war again, with a bunch of warlords and similar…

Well done Saladin, otherwise all Egyptians would be followers of the cult of Abdullah ibn Sabah the jew

Americans stayed in Afghanistan for 20 years – afghan government looses most of the territory in less than a month.

And the Taliban dont even have stingers.

Hmm, who could have guessed it would cause a new wave of emigration and that no one should believe some backward extremist Sunnis. I for one couldn’t see this coming like weeks back.

“According to Islam” once your enemy surrenders you can not kill him.” – According to whose islam? Prove what you are saying. “According to Islam” is not proof idiot. These Fcks have stood by a big Opressor and killer of the Afghan people. Let them have it. tell that to the millions of afghan civilian women and children murdered by US-NATO drone strikes and bombings over the past twenty years