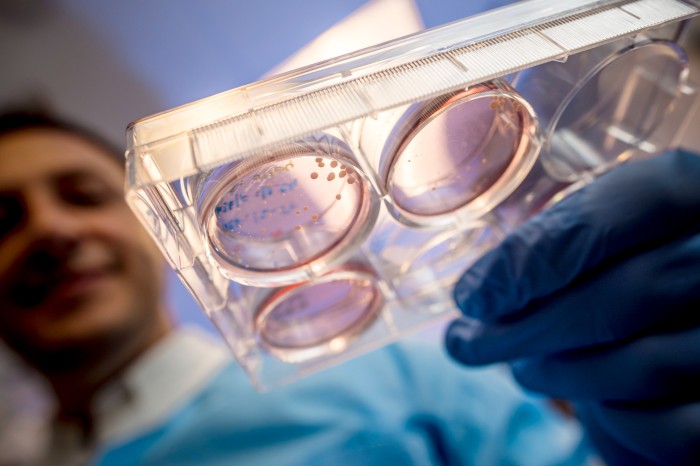 In October 2019, right before the world got hit by the biggest global pandemic since 1918 (the Spanish flu), a ranking of 195 countries on their preparedness to deal with a global pandemic was published, and the numbers 1 and 2 (top scorers) on it were two countries that turned out actually to be among the world’s worst on dealing with this new coronavirus. #1 was U.S., and #2 was UK. #3 was Netherlands. By contrast, New Zealand, which turned out to have had the best performance among all of the wealthy or high-per-capita-GDP countries, scored only #35 on it, while two of the world’s very best-performing countries at protecting their respective publics from this global pandemic, Vietnam and China, scored respectively #50 and #51, below 49 countries, all of which 49 other countries turned out to have had actually far higher proportions of their respective national populations come down with the disease and die from it.

The world’s worst-performer in the actual pandemic (according to what has been, since the pandemic’s start, the most accurate reporter on such figures) turned out to have been tiny Andorra, with a population of only 77 thousand people, but amongst countries with a population of 10 million or more, the two worst performers turned out to have been Czech Republic, where 15.6% of the population became diagnosed with the disease, and Sweden, where 10.7% did. The top scorer in the bogus October 2019 rankings, U.S., turned out to have been actually the 15th-worst (among all 195 ranked countries), at 10.4% having the disease. The #2 scorer, UK, turned out to have been actually the 48th-worst, at 7.2% having it. The #3 scorer, Netherlands, was the world’s 19th-worst, at 9.8% having it. By contrast, in New Zealand, only one person in 1,818 came down with the disease; while, in Vietnam, only one person in 5,076 did; and, in China, only one person in 15,625 did. (All of these numbers, of actual cases, that I am reporting in this article, are as-of 4 July 2021, at that most-reliable of all sites that are reporting the covid-19 numbers: www.worldometers.info/coronavirus/#countries. I have not been getting my numbers from Johns Hopkins University Bloomberg School of Public Health, the site that U.S.-and-allied ‘news’-media use.)

The name of the October 2019, bogus-‘scientific’, ranking, was “Global Health Security Index 2019”, and it was produced by the Johns Hopkins Bloomberg School of Public Health, and: “The NTI, JHU, and EIU project team — with generous grants from the Open Philanthropy Project, the Bill & Melinda Gates Foundation, and the Robertson Foundation — worked with an international advisory panel of 21 experts from 13 countries to create a detailed and comprehensive framework of 140 questions, organized across 6 categories, 34 indicators, and 85 subindicators to assess a country’s capability to prevent and mitigate epidemics and pandemics.” The rankings start on page 20 of the pdf, and page 19 of the document. Here are its top 10 scoring countries, in order: U.S., UK, Netherlands, Australia, Canada, Thailand, Sweden, Denmark, South Korea, and Finland. All are U.S.-and-allied. The countries that are at the opposite end of the JHU rankings tend, by contrast, to be countries that the U.S.-and-allied countries condemn, sanction, and invade. (For example: Syria is one of them, and its ranking was #188 out of 195; but, in the actual figures on covid-19 performance, it has been the world’s 39th-best out of 222 countries, at 1,424 cases per million residents, or one case per 702 residents.)

Any ranking-system that after-the-fact has produced rankings that would have been more accurate if they had been exactly reversed, should be abandoned and never relied upon, except by propagandists. They are not scientific, but more like the opposite. ‘Errors’ that are of such extreme magnitude are virtually never scientific, and ought not to be treated as if they were, or had been. They cannot reasonably be assumed to have been errors.

There was a pandemic?

Any statistics from any american MSM outlet or think-tank is obviously paid-for garbage. Try shadowstats for real US economic data. Wolfstreet is also worth following to get to real information.

Lastly, if you happen to be running longtime epstein friend (bill gates) OS, consider switching to Linux for better privacy and security. Distrowatch.

Lies, bloody lies, and statistics. When at the who’s behest the death cause was practically forced to be “covid” for all kinds of diseases, based only on a forcefully skewed test, all those numbers have lost any meaning.

How come there is yet again no word of the best performers during this planned, scammy panicdemic? Places like Belarus, Tanzania, Turkmenistan…. They all got one thing in common… 0 measures

The Jew-wise that have been tracking the Jews’ about 18 month or so use of virus-boogeymen to sow societal chaos and prepare the way for their taking of more of our Liberty know that there is NO virus.

Those of us that understand that such a virus would utterly destroy countries with high populations, high urban population densities, and poverty. Countries like the Philippines, much of Sub-Sahara Africa, swaths of India, etc. Those of that understand how viruses function and strike, and how the human immunity system works, know that the young, teen and below, and those already sick would be the most susceptible, not the old.

It was clear in December of 2019 that the Jews were going to launch another of their virus-boogeymen, this one to cover over the collapse of our plundered to the bone by them economies. It then followed that this virus boogeyman would strike first countries most financially plundered by the Jews, in debt. Countries like Italy, Spain, the UK, France, and the US Tyranny. Bingo.

The only virus that ails mankind is the Jews.

Agreed. Western “vaccines” contain mRNA poison. Fks up your DNA, if you survive.

You can’t be the same person, that actually made some sense.

What the f… is going on man? I have been in N.Korea and just arrived here today in Oklahoma. Is that going on right now??