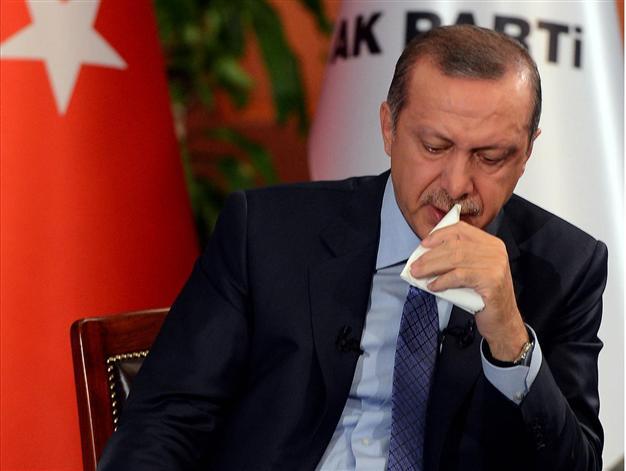 This was reportedly a result of insults directed at his daughter and son-in-law when they announced the birth of their fourth child on Twitter.

“Do you understand why we are against social media such as YouTube, Twitter and Netflix? To eradicate such immorality,” Erdogan said.

He said his government is determined to introduce legislation that would force social media companies to establish a legal presence in Turkey.

The requirement would mean they could be held financially accountable and forced to respond to Turkish court decisions.

Finance Minister Berat Albayrak, who is married to Erdogan’s daughter Esra, announced the birth of their fourth child, Hamza Salih, on Twitter.

Erdogan said investigations were under way against those who “attacked” his family by “abusing a newborn”.

“We will keep chasing these cowards who attack a family and the values they believe represented by them through a baby,” Erdogan said.

Erdogan blamed the issue on global social media companies, based in Western nations for “turning a blind eye” to Turkey.

“We experienced similar attacks in the past. The lack of monitoring on these platforms have a role in the rise of this sort of immoral behaviour,” he said.

Turkish authorities have previously imposed temporary blocks on Twitter and other social media during crises, for example, following an air attack in Syria’s Idlib that killed dozens of Turkish soldiers in February this year.

Like most wannabe-tyrants, Erdogan is incredibly thin skinned, and emotionally over-reactive to criticism. Ole’ Erdy needs a basic course in emotional intelligence – ie, how to not be so affected by other’s opinions.

He’s a spoiled little chickenshit crybaby with an inflated ego, like his support base. :]

Watch out, Musthaveashit will be about, lol.

Erdogan obviously doesn’t read SF, or his goat fucking personality would explode reading the abuse he deserves on these pages, lol.

While Twitter, Youtube, Facebook and other globalist internet media companies remove or ban anybody which they dislike at will, they call themselves promoters of free speech and democracy. Even political analyst Andrew Korybko’s account was lately suspended by Twitter as they have considered him pro Trump. Trump himself was suspended before. I believe Turkey or any other country for that matter has a very VALID point to place some checks and balances on these globalist propagandist whore internet media outlets.

This is why VPNs exist-if you don’t use it in Turkey, you’re asking for trouble.