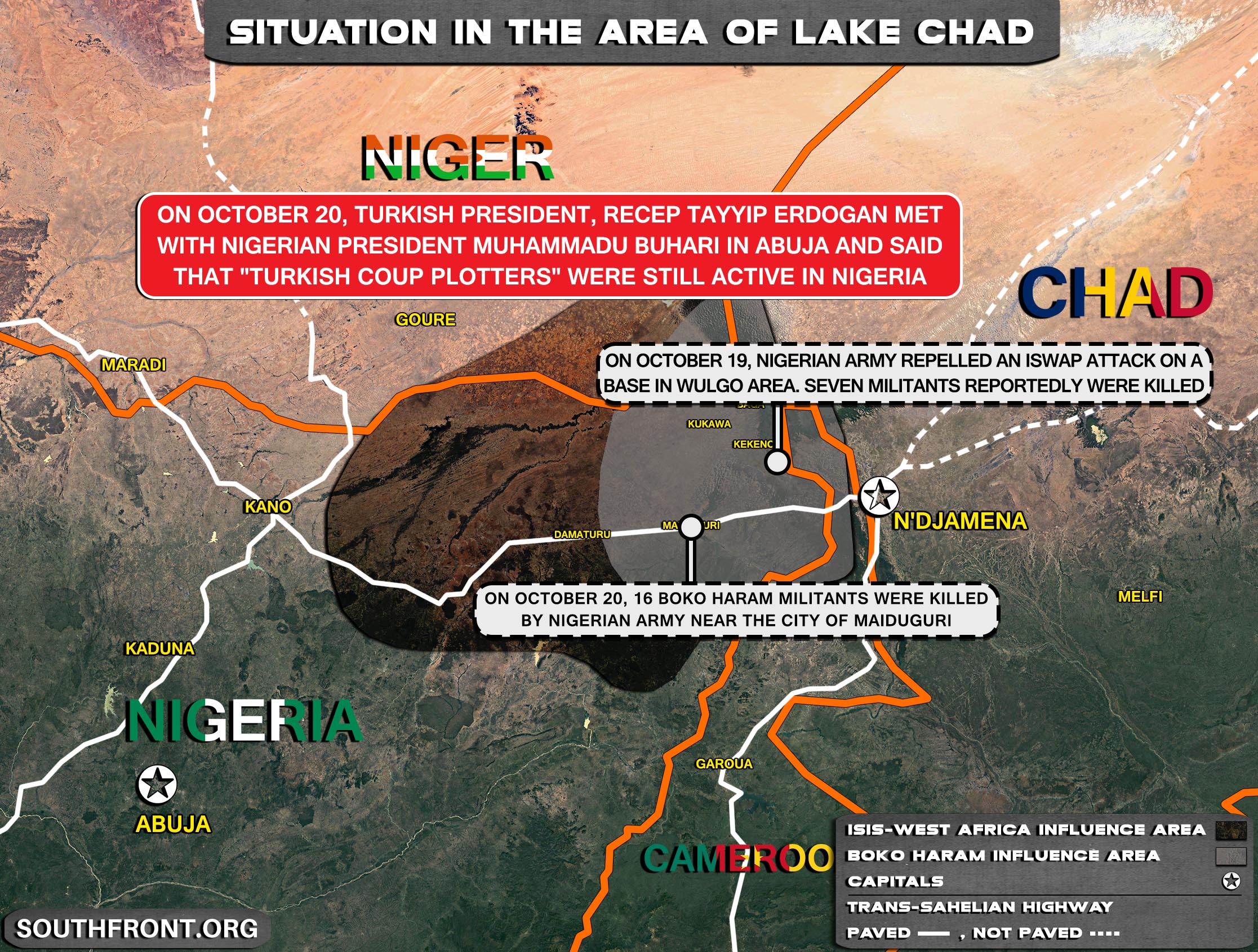 Turkish President Recep Tayyip Erdogan visited Nigeria and warned that there is a presence of “a terror group hibernating in Nigeria” – Fetullah Terrorist Organisation (FETO), which Ankara holds responsible for the failed 2016 coup attempt.

Addressing a joint press conference during the visit, President Erdogan, accompanied by the First Lady, Mrs. Emine Erdogan, solicited cooperation from Nigeria as his country battle terrorism, stressing that his country has been battling terrorism for many years.

“The perpetrator of the heinous failed coup of July 15, FETO, is still illegally active in Nigeria, and we are continuously sharing our intelligence with the Nigerian interlocutors and authorities. I hope and pray that our Nigerian brothers will forge a closer solidarity in this field with us, the Republic of Turkey. I hope and pray that our visit will yield the most auspicious results and I would like to thank my distinguished brother, President Buhari, for being such a gracious host for me and for my delegation.”

On the accomplishments from the visit, President Buhari said:

‘‘During the visit, we held very useful discussions on a number of bilateral issues, aimed at strengthening this cordial relationship between Nigeria and Turkey.

‘‘The key issues we touched on included a Series of Bilateral Agreements and Memoranda of Understanding that had been finalised.

‘‘As a positive outcome, eight major Agreements/MoUs on a number of the key sectors including Energy, Defense Industry, Mining and HydroCarbons among others were signed today. We have agreed that implementation is to commence immediately.

‘‘In the course of our discussions, we also reviewed the travel ban list based on the revised COVID-19 protocols and removed Turkey from Nigeria’s Travel Ban List. Turkey has indeed achieved remarkable success in addressing the COVID-19 pandemic.’’

President Buhari said President Erdogan’s meeting with a Joint Session of the Nigeria and Turkish Chambers of Commerce and Industry, before departing Nigeria, would be another opportunity to engage and exchange views on more productive ways of pushing ahead the socio-economic ties between the two countries.

The Turkish President announced that his country has increased its diplomatic presence in Africa to 43 missions, adding that the third round of the Turkish-African business forum will be held in Istanbul this October while the third Turkish-African partnership summit will follow in December.

Erdogan is doing this and Mitsotakis is hunting the so called “anti-vaxxers”. Idiot leaders we have.

Give erdotard unlimited cash and he becomes the nato extension under the “turkish” flag. A born traitor and criminal.

Nigeria has a $500 billion economy. From online sources, it seems Nigeria has had difficulties with America about selling oil to the arrogant supper power. With Turkey showing interest in Nigeria’s hydrocarbon, it will help strengthen the economies of both nations. Turkey slashed its dependence on Russian oil by more than 50% replacing it with Azerbaijani oil. It will finally eliminate completely its oil imports from Russia. Because Russia is a true anti-Muslim country that the Muslim world will have to overcome. More money, more defense spending, more power. We’ll soon close the tech gap. And when the fields are more level, we’ll know who’s braver than who.