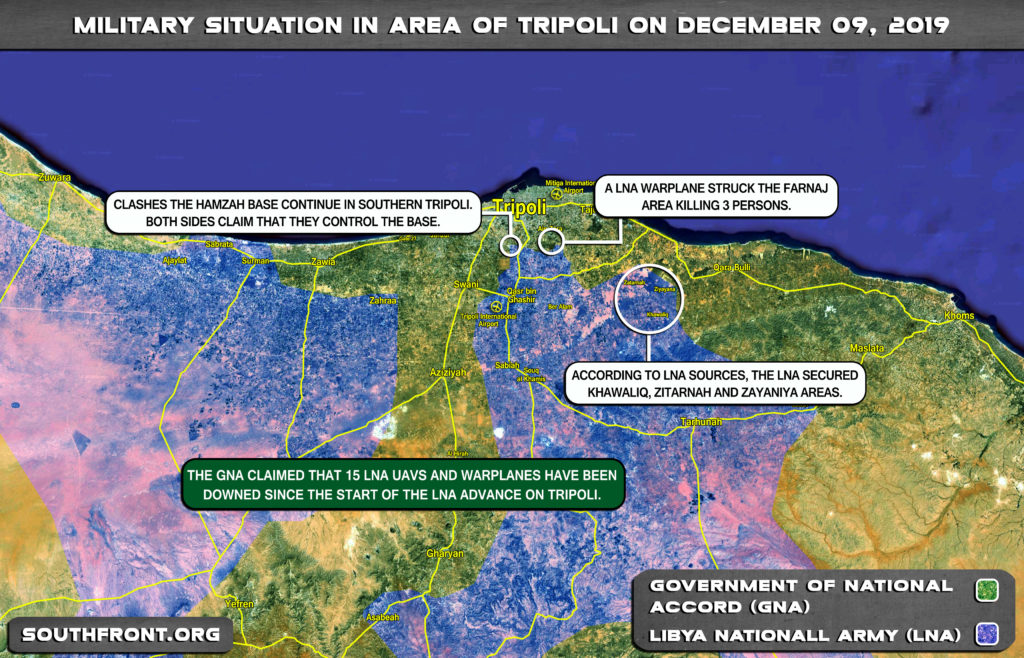 Turkey can deploy troops in Libya if invited by the Government of National Accord (an ‘internationally recognized’ entity that controls Tripoli and its surroundings) there, President Recep Tayyip Erdogan told state-run TRT television on December 9.

“The moment there is such an invitation from the Libyan people and administration,” Erdogan said that “gives us the right.”

On November 27, Ankara signed a defense agreement with the Govrnment of National Accord (GNA). The formal goal of the deal is to strengthen forces controlled by the GNA’s Prime Minister Fayez al-Sarraj as the Libyan capital is under siege from the Libyan National Army (LNA) led by Khalifa Haftar.

The LNA describes the advance on Tripoli as an anti-terrorism operation because the GNA cooperates with al-Qaeda-linked groups. Haftar promised that the LNA would enter Tripoli by the end of 2019. Erdogan says that the possible deployment of Turkish soldiers in Libya would not amount to violating the United Nations’ Libya embargo.

“The activity of sending soldiers in response to such a call from Libya’s national government can never be interpreted” as a violation of the UN embargo, Erdogan noted. “Turkey would decide on what kind of initiative it will take if it receives such an invitation.” 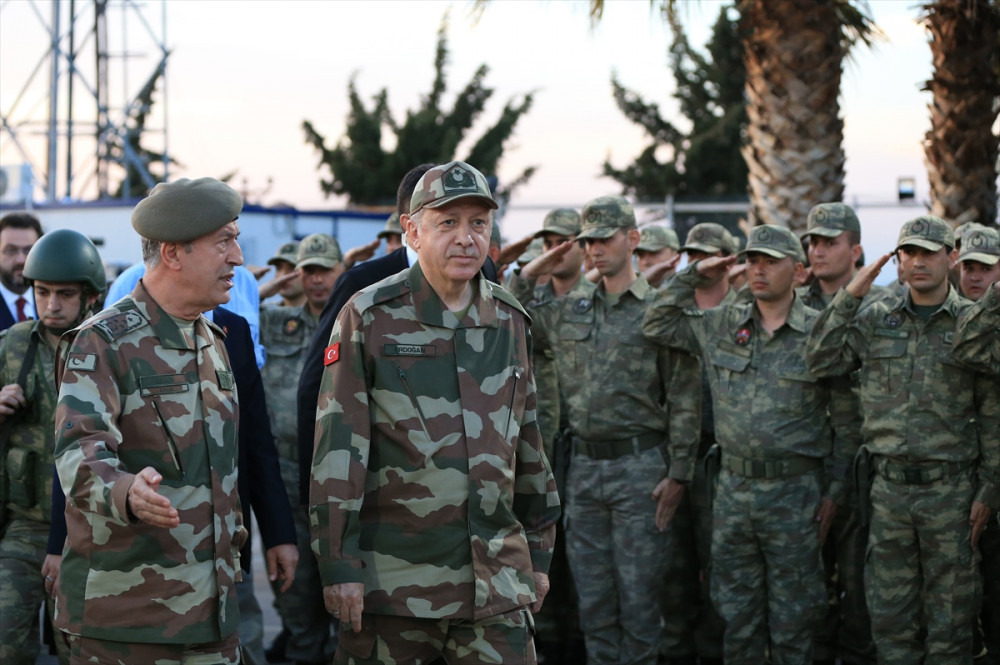 Turkey is one of the key backers of the GNA in its fight with the Libyan National Army. The problem is that the GNA controls only a small chunk of the country in the north and has a very bad PR because of its affilation with various radical groups, which are the core of the pro-GNA force. This reminds the situation in Syria where Turkey also backs militant groups known for cooperating with radicals and even al-Qaeda in order to pursue its own geostrategic goals. 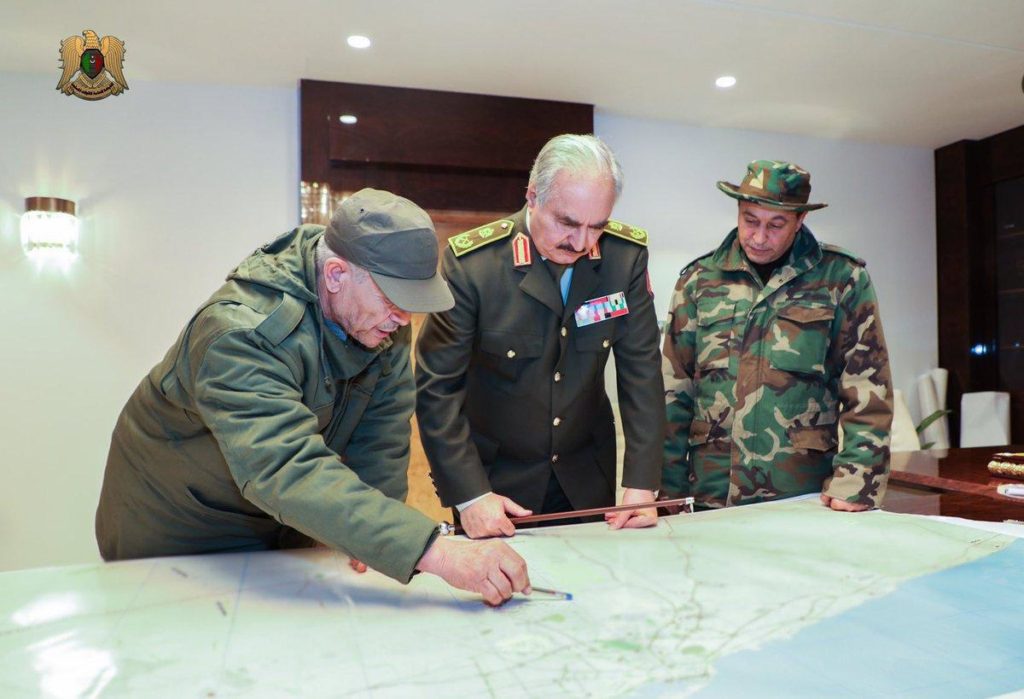 Haftar and his commanders

Just recently, Turkey and the GNA signed a memorandum on maritime boundaries in the Mediterranean Sea. It remains unclear how the GNA that controls only several towns can present Libya on the international stage. Nonetheless, Ankara was very satisfied with results. 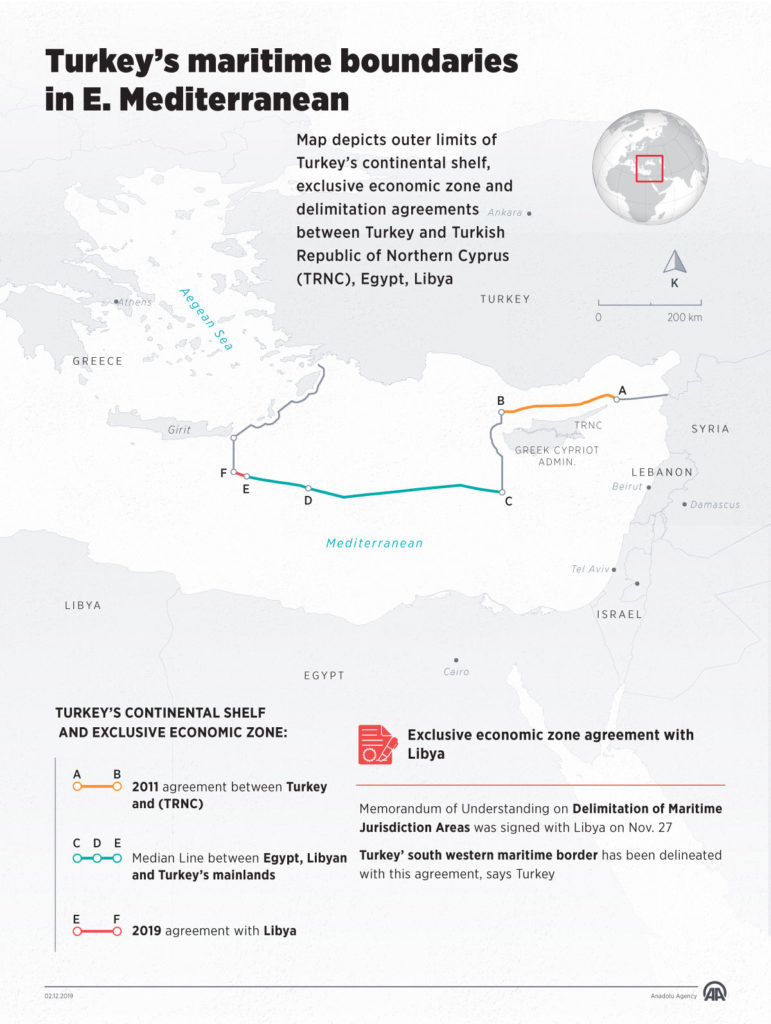 A pro-Turkish map of the situation

On December 9, Erdogan said that Turkey and the GNA can carry out joint exploration operations in the eastern Mediterranean after the two sides signed a deal on maritime boundaries. Erdogan claimed the accord would also allow Turkey to carry out drilling on Libya’s continental shelf with Tripoli’s approval. The area where Turkey and Libya have drawn their maritime borders in the accord is close to the large Greek island of Crete.

We know this Jihadi-incubation scenario very well from Syria

No thanks – ERDIE STAY HOME!

libya gots oil and gas which you turkeys don’t……gayreeks and yids also wants it….i is with turkeys on this one bud…..

If I must choose between two evils then Turdkey never wins ;)

with that Turkey would oppose Russian interests since they support Haftar.

So the usual hedging by the U.S., where it is not unusual for the Pentagon to be backing one side of a civil war, the CIA the other.

Can’t understand why Haftar isn’t shifting greater efforts in taking out Sirte and Misrata, as Tripoli is a potential trip-wire and trigger for the Empire of Chaos?

If there ever was any kind of doubt about where the Turks have their sworn their aligiance to, we all know it by now, just like the war on/in Syria, where the Turds suport the rats and happy head chopping, of course moderates, they are now once again suporting another group of happy head popping, of course, moderates, and this scums are what keeps GNA on the power, along with the european nations, from Norway to Italy, etc they are all on the scums side, witch of course is internationally recongiced if that word have any meaning anymore at all, witch means de facto, an suport for the terrorists whom they initially fueled in Libya and shipped to Syria/Iraq, and the circle is complet. The west is getting their invasion army of so called refugees to continue to flow without hinderance, and so they can whine something about humanism, and of course, if you complain thats because we are nazis, hurray, buckled both ends.

Yeah, and the Greeks tries to behanve as something they may have been some thousand/s years ago, but havent been since, like men, an nation of Malakas, huh. and against Turds, whom as the Joohos talk the talk, but when the shit shoots back I wounder to they have the balls to walk the walk, never the less, I hope they go to an all out war, so that when they day comes I get to be an pensioner, we are ridd of the problems with this two nations, like Grease, witch have just one big problem, to much Greeks, apart from that, a nice place, the same with Turdistan, bomb Instabul/Ankara and maybe Turdistan is something to consdier in the future, but right now, nope, no chanse. This war will be an win-win for us all.

and who are you all that will benefit form the destruction of 2 nations? i think you are insane and dangerous

Unfortunately, NATO destroyed Libya for its oil. Now there is scramble of vultures to plunder Libya’s very good quality low sulfur oil. Under wacky Kaddafi, Libya was doing quite well and was a middle income nation, however Kaddafi overestimated his nuisance value and the US and NATO took advantage of the global power vacuum and destroyed Libya. Now it is a free for all and Turkey is just interested in its oil along with the Zionist and Greek coalition. Turkey is far more important to NATO and will get its share.

Go home Erdo and make your job inside Turkey first.

Not sure which country Israel will be in conflict with first… Iran or Turkey.

erdogan hates netanyahu and thus israel and if he can devise a plan to eradicate israel he will do so and possibly when iran and israel go about it, he’ll join iran’s side.

Erdogan behavior is more likely to Hitler, with the goal of expansionism. But nowadays idea would never success…

Unfortunately, the west needs Turkey more than tiny bankrupt Greece. Most of Libyan oil and gas is being plundered by BP, Total (French) and Italian companies. The whole destruction of Libya was simply for it to become a gas station for Europe.