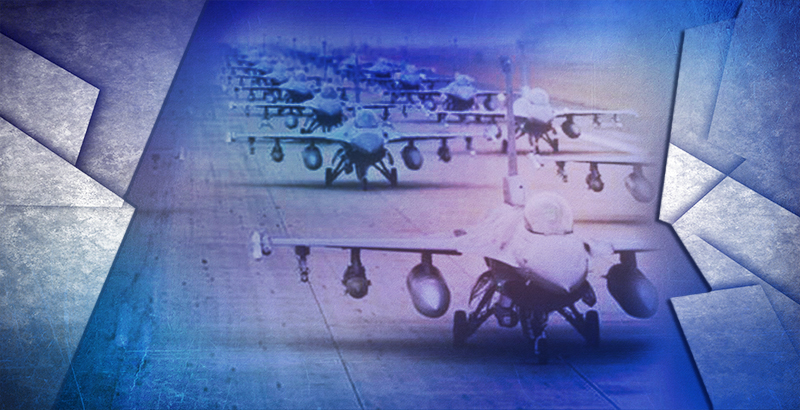 At least 28 people were killed when a large explosion rocked the Turkish capital, Ankara, Wednesday with initial reports suggesting massive damage to nearby buildings.

Earlier on the 17th February Turkish President Recep Tayyip Erdogan said while he slammed Russia, the U.S. and the Assad regime for openly supporting the PYD, recognized as a terrorist organization by Ankara.

Speaking to district governors at the Presidential Palace, President Erdogan said that Turkey’s cross-border operations may be limited under the scope of engagement rules, but these rules may be stretched in the future if there is a threat against Turkey’s national security.

Madness was too much, Erdogan said: “The Syrian crisis is going into deadlock due to Russia’s intervention”. “There is no such thing as a good terrorist or a bad terrorist,” he added, and urged the U.S. once again to decide whether it is on Turkey’s side or the PYD’s. Turkish President has completely forgotten who supported ISIS and has been gaining illegal oil revenue through North Syria.

“We have come to the end of the road. Either this issue will be solved or it will capture the whole world and lead to even bigger problems,” the Erdogan said.

After hours of that internal propaganda speech Ankara was blasted. Dozens were killed, about 100 injured.

Erdogan has immediately released a statement regarding the attack while a security meeting was underway at the Presidential Complex in Ankara. Offering his condolences to the victims’ relatives, Erdoğan said that Turkey will definitely respond to the perpetrators of the attack.

“The addition of new casualties to existing ones in Turkey’s fight against terrorism wear our patience thin. We will continue our struggle with more determination against these pawns and the forces behind them which carry out these attacks that have no moral or humane limitations, ” Erdogan said, pointing to a possible foreign involvement behind the attack.

“Our determination in reprisals gets stronger with such attacks that target our unity, coexistence and our future inside and outside of our borders. It should be known that Turkey will not hesitate to use its self-defense right anywhere, anytime, in any case. The ones who think that they can distract our country and nation from its goals by using terror organizations will be proven wrong,” he said.

Reading it free of fluffy-like words, we get a clear Erdogan’s appetite for refreshing of military conflict in Syria by  a full-scale Turkish intervention.

Now Turkish media reports:  “Upon the harassment, Turkey has, since last weekend, resorted to some military actions within the rules of engagement recognized by international law. The Turkish Armed Forces (TSK) has been shelling the YPG, which have been attacking the moderate opposition fighting DAESH west of the Euphrates.

The reason for Turkey’s intervention is not the YPG’s attack on moderate opposition forces who are also recognized by the U.S., but indirect solidification of DAESH. The PYD also kills Turkmen civilians and forces them to migrate in order to have the ethnic majority in the region it hopes to seize.”

At this moment intensive negotiations between Turkey and the US are in full swing. In spite of plenty of thunder words Erdogan have to get approval from the US or a promise of a well-wishing lessen policy.

If Erdogan gains at least a silent approval the world will get a big regional conflict which 90% will escalate in a global war.

Russian intervention is producing an outcome these degenerates don’t like. The fact is that any intervention by Turkey and/or Saudi will be illegal and an attack. I doubt if Europe or the US would help. After all they would they trade Washington and New York for Turkey and Saudi?

How convenient bombs start going off when Turkey is planning to invade.

I would bet my retirement savings on who was behind the bombing, hey Mr. Erdy? You have learned from the US false flag master well.

Yep!, but they are getting very unprofessional, it’s obvious that Turkey secret service detonated the explosive and kill their own people, now any body can see that it was a government orchestrated FALSE FLAG, we can see that this evil people don’t care to kill their own people in order to implement their demonic agenda. Remember 9/11? it was carrie out to implement the Patriot Act?.

“We have come to the end of the road. Either this issue will be solved or it will capture the whole world and lead to even bigger problems,” the Erdogan said.

Well, Erdogan, how much do you want to bet this won’t be you’re problem for very much longer?

I was wondering what the next Syrian propaganda incident would be. We had chemical attacks, torture, Madaya, hospital bombings I thought okay this is clearly going to keep escalating but what will be next then BOOM Turkey has another “attack.” It just does not end. Russian intervention in Syria has caused such a problem for them (NATO) they will stop at nothing to keep their terrorist cause going. RIP to the victims of the sacrificial massacre.

Gladio B in progress.