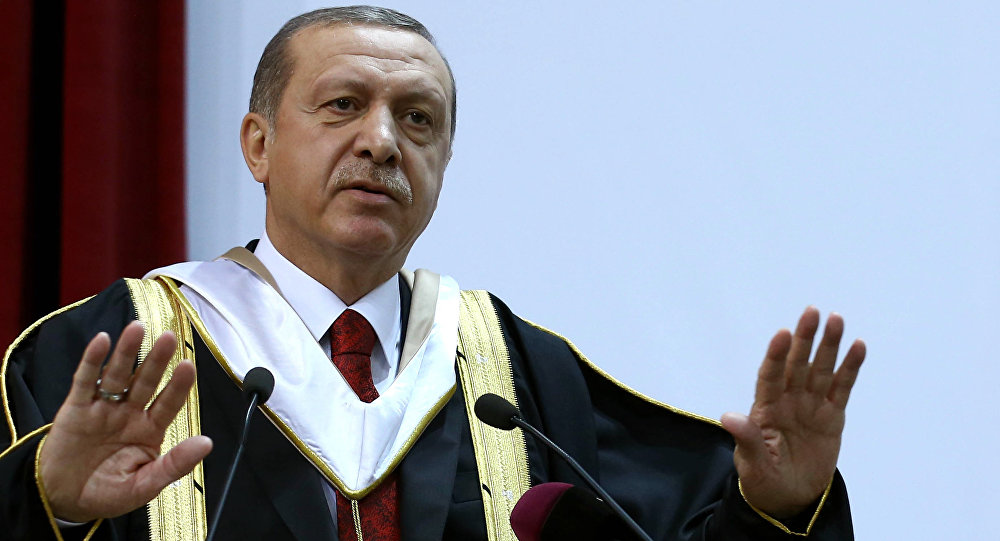 Chancellor Merkel’s deal with Turkey is on thin ice. Turkish President Erdogan stated that Turkey would not take back refugees, if the visa-free travel were not to come. Erdogan also complained about not having received any money from the EU to date.

Turkish President Recep Tayyip Erdogan has threatened with a default of the EU arrangements about the refugee crisis. Without progress in the dispute over the EU visa requirements, he would not allow the agreement with the EU, to take back refugees from June 1st, to come into effect. He announced this at the end of the UN emergency summit on Tuesday in Istanbul. In this case, the Turkish parliament will not ratify the relevant decision.

Chancellor Angela Merkel made clear on Monday, after talks with Erdogan in Istanbul, that the target date for the visa-free regime from July 1st is no longer tenable. The background has to do with the refusal Erdogan’s to reform the anti-terrorism laws in Turkey. This is an EU requirement to lift the visa requirement for Turks when traveling in the Schengen area.

Erdogan refers to an agreement made with the EU at the end of 2013, to take back refugees and visa liberalization. This taking back of refugees from third countries was initially not scheduled until October 2017. Erdogan’s threat on Tuesday is probably about the agreement between the EU and Ankara, to take back refugees by Turkey preferable on June 1st this year.

Interior Minister Thomas de Maizière (CDU) did not initially respond to the threat of Turkish President Erdogan. “I do not want to comment right now, especially since I have only heard about it so far from the press,” de Maiziere said on Tuesday, outside of a Federal Government meeting in Meseberg near Berlin.

The withdrawal of illegal migrants through Turkey takes currently not place within the agreement of 2013. It is part of an emergency measure that has been agreed on in the EU refugee crises pact in March. This redemption is running on the basis of an agreement between Turkey and Greece and applies only to the Greek Aegean Islands. Starting June 1st, refugees from third countries, on the basis of the broader agreement of 2013 between the EU and Turkey, should be returned.

Merkel had announced further talks with Turkey on Monday. On Tuesday Erdogan said the Turkish Foreign Minister would now continue the visa negotiations with the EU. If the talks will not bring results, “no decision and no law regarding the readmission agreement and the implementation process will be adopted” by the Parliament in Ankara.

Erdogan accused the EU again, to have only subsequently called for the reform of the anti-terror laws. But exactly this requirement was already part of the Agreement of the end of 2013, which Erdogan’s government had concluded with the EU. Erdogan had back then –as a prime minister- called the agreement a “milestone”.

Merkel had said on Monday, she had made clear to Erdogan that the road to visa-free travel was based on the 72 conditions, which were already agreed-on at the end of 2013. Ankara must fulfill all the points. In the course of negotiations on their refugee pact the EU and Turkey had agreed to bring forward the October 2017 planned visa free travel to July 1st 2016. However, the 72 conditions would also apply to the later October date.