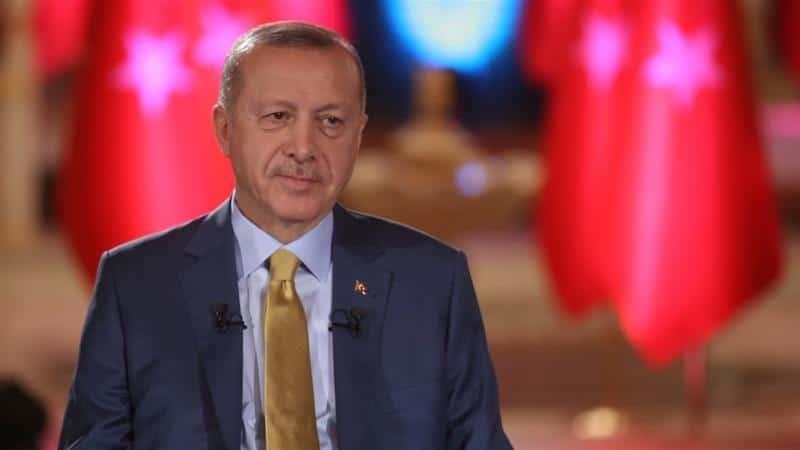 Turkey will work with Russia to jointly produce jet engines, warships and submarines, President Recep Tayyip Erdogan told journalists who accompanied him on September 29 to the Russian resort city of Sochi where he met with Russian President Vladimir Putin.

Erdogan told the journalists that he mainly discussed Defence and military issues with Putin during the summit in Sochi.

“We discussed steps to build a second and third nuclear reactor,” the Turkish President said, according to the Middle East Eye. Russia has already built the Akkuyu nuclear reactor in southern Turkey.

Erdogan also confirmed that Turkey will not change its plans to purchase a second batch of Russian-made S-400 long-range air-defense systems despite US pressure.

While Erdogan didn’t talk much about the situation in the northwestern Syrian region of Greater Idlib, which was supposedly one of the main topics of the Sochi summit, his officials claimed that Turkey and Russia has agreed to keep the situation as it is in the region.

“There is no change in Idlib. We will preserve the status quo there” a senior Turkish official told Middle East Eye.

Dmitry Peskov, a spokesman for the Kremlin, contradicted the Turkish official remarks. The spokesman said that Russia and Turkey are on the same page when it comes to fighting terrorism in Greater Idlib.

“Erdogan and Putin reaffirmed their commitment to previous agreements to clear the area of ​​terrorist elements that pose a threat and could carry out attacks in Idlib,” Peskov said.

The situation in Greater Idlib, where al-Qaeda-affiliated Hay’at Tahrir al-Sham (HTS) is in control, remains unstable. The ceasefire brokered by Russia and Turkey last year appears to be collapsing.

Putin and Erdogan have apparently failed to reach a new agreement on the Syrian region. Yet, Turkey, which maintains a large, heavily-armed force in the region, didn’t make any threats. This suggests that Ankara may be willing to tolerate a new operation by Syrian governorate forces against HTS.

Hope they find a solution for Syria as well

????????????? Erdogan love jihadist they cant find a solution for Syria when Erdogan is alive

Merdobegone will lick Twattila’s (Attila to most of you) crusty balls if he feels he can get something, even insignificant out of it. The biggest two-timing opportunist on the world stage today.

Get out of Syria first…then expect your carrot.