Turkish President claimed that his government will do whatever it’s necessary to stop Kurdish efforts to declare autonomy in nearby Syria’s Tel Abyad. 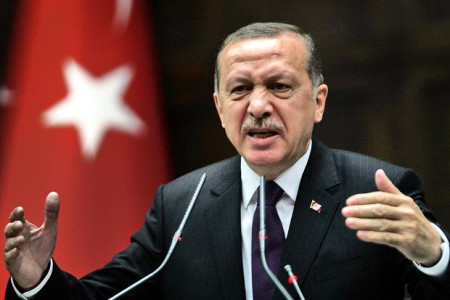 Turkish President Tayyip Erdogan said on Wednesday, that even military operations could take place if Kurdish rebels in Tel Abyad, continue to claim their autonomy aims in the locality recently recovered from ISIS militants’ occupation.

Turkey considers Kurdish advances like a threat to their national security mainly due to PYD (Democratic Union Party) role into looking for autonomy as regaining territories formerly controlled by the Islamic State, claiming they could encourage separatism among Turkish Kurds.

Turkish airstrikes recently hit the Syrian Kurds’ armed People’s Protection Units (YPG) targets twice after they disobeyed Ankara and crossed west of the Euphrates River. Erdogan qualified this as a warning for Kurds to stop trying to spread over Syrian territory disregarding the US demand for Turkey to focus its military power on ISIL targets.

Erdogan also mentioned that terrorist qualified PKK (Kurdistan Workers Party) militants of Turkey are fighting alongside with YPG in Syria. The Turkish leader also stated that Kurds are running an ethnical cleansing process against Arabs and Turkmen in Tel Abyad as they proclaim that territory as part of the system of autonomous self-governing “cantons” run by the Kurds.

Turkish leader questioned Western support for PYD and their condemn to PKK as a terrorist group, claiming that he still can’t understand why to aid one terrorist group and condemn other when, according to him, they both represent a serious threat.

Turkey is part of the US-led coalition and is also member of NATO.