Turkey’s President Recep Tayyip Erdogan met with Bana Alabed – the so-called “7 year old Twitter blogger from Aleppo” which was spreading a pro-militant propaganda aboout the situation in the Syrian city.

According to BBC, Erdogan sent a special representative to Syria to take Bana and her family after they left eastern Aleppo via a humanitarian corridor together with militant groups.

Then, Bana and her little brother arrived in the presidential complex in Ankara and were pictured sitting on Mr Erdogan’s knee.

Bana’s twitter acc also released a picture of herself and Erdogan: Pro-militant media outlets and the mainstream media have used the twitter account allgedly belonging to “Bana” to blame the anti-terrorist operation run by the Syrian government.

Then, when many experts and activists pointed that the real Bana cannot speak and write English well, pro-militant propagada outlets were pushed to say that the account was run by Bana’s mother, Fatemah.

A face of one of the main militant propaganda mouthpieces in Aleppo accidentally left Aleppo with militants and met with Erdogan a day after the murder of Russia’s ambassador to Turkey.

Is there at least a piece of the “opposition” in northern Syria not linked with Turkish special services? The question remains open.

If Erdogan were to give me a hug I’d immediately take a shower and check my pockets to see if everything is still there. I’d rate Jabba the Hutt higher in regards to reliability and trustworthiness, and he is a slimy slug.

There are a lot of things I do not understand about the conflict in Syria.
Amongst these is how the Russians can deal with a low life piece of
twisted depravity like Ergodan . I don’t think much of the Turks but
he is the worst of them.

Putin’s got his pipeline deal inked with Turkey…
Now it’s time to cook the Turkey.

I think this photo-op was a setup to irk people in White house as last week “Bana” and mother went on CNN to plead the POTUS and FLOTUS to help them escape with no response then all of the sudden there was a tweet pleading the Turkish President and foreign minister for help. And magically they were evacuated (there might be a delay as dad was shaving his beard for “religious” reasons) and hosted by the Turks.
This is to show the influence of Turks not US in current “peace” campaign. A message perhaps to some that who is relevant and who is no longer relevant in this conflict.

good points!! erdogan is who he is — the russians will surely keep an eye on HIM ..no matter who ‘closely’ they work together for pragmatic reasons – and from russia’s view , to KEEP erdogan clear on what he CAN and can NOT do IF he wants to even keep his skin alive…let alone all the other VERY good prospects for turkey itself (EEU participation, SCO with Russia’s ”good word to china” , etc)

but you are probably with the thumb on the central point there: to shoW the west, washington is probably no LONGER even THAT important – but EU ”MARKETS’ ARE for turkey’s long-standing, historical and geographical connection ties that are more REAL and practical matters than ”alliance” with a distant across the ocean power such as the USA — that they DON’T call the shots – NATO or otherwise – where erdogan or turkey are concerned.

apart from that – it is just russia’s , china’s, iran’s, syria’s own business what to do WITH ERDOGAN. if anything he probably is by now made to udnerstand – he CAN NOT COUNT on the central asian former USSR republics who also have deep ties with CHINA – AND therefore the two main drivers of eurasian integration – EEU of Russa, Silk Roads of China —

to ”back up erdogan and turkey” in whatever ‘turkish empire’ dreams they have.

in other words – BE A COOPERATIVE CONSTRUCTIVE member of EEU, SCO, CSTO, SILK ROADS, EURASIAN INTEGRATION – orientalism , in other words – and fight terrorism, END support for it, OR BE DISCIPLINED by the other asian powers (this includes Russia as an ‘orientalist” society as opposed to its western counterparts who have shown nothing but malice towards russia).

point is – a collapsing Europe — and soon its separate countries WILL have to pay the price of THEIR western follies of colonialism — and the COST it brings to them which they THOUGHT For centuries they could escape with paying that bill — is not going to bring TURKEY EITHER ”full acceptance” as a european /western society, nor even the prosperity it CAN get from engaging cooperatively with a FaR, FAR, FAR larger economic, resource, land, market, population, zone of ASIA from the borders of russia to the shores of japan…

so what is turkey’s ultimate choice really?

serves as a conduit for terrorism that serves no one and in the end serves turkey none at all?

it must …………choose. and its only proper choice IS to be an =ORIENTAL nation where the REAL construction is going on — and if he erdogan and turkey REFUSE to accept this reality — they WILL see turkey witnessing the silk roads and eurasian integration BYPASS turkey itself.

RUSSIA AND CHINA AND IRAN are VERY capable of accomplishing that. along with SYRIA in reconstruction as the NEW centre of mediterranean ”meeting points” between europe and asia.

so – what is turkey going to really do about that/ ? play games with russia, with iran, with china, with syria, iraq?

and have one hand holding the USA AND EU and the other with the orient and trying to backstab all of them according to convenience? how long can erdogan last? after a few more years – HE too is going away , go old , senile, etc…what THEN of turkey if he leaves a legacy of being ”UNDEPENDABLE?” all the while that china, russia, iran, syria, central asia, africa are already on their way to building more eurasian integration — and EUROPE eventually recognizes that to SURVIVE as a significant ”region” with ANY influence on earth – europe itself has to

START acting like what it is: THE WESTERN PERIPHERY — not the ruler — OF the asian superlandmass extending and being constructed from shanghai to st petersburg…to damascus , to cairo and to the tip of the africa continent.

EUROPE and TURKEY AND USA are going to COMPETE with THAT?

they are dreaming. and so – turkey must choose – its ONLY choice really IS to accept its being an ORIENTAL society — and start behaving as a COOPERATIVE society rather than a divisive, disruptive one.

russia is trying to show erdogan and turkey the proper , correct way. for turkey’s sake , for russia and for all of asia and eurasia.

how they have to keep the town’s communal FIRE ovens alive ALL the time, working on it day and night , each family contributing something all the months of th year …

such clips showed a young father , STILL only in his 20’s – with his two little children and beautiful wife – saying:

“here our lives are influenced by nature and the cold — if there is somethign wrong somewhere we all must help — make no mistakes or else we ALL freeze…
“it teaches us to be KIND AND GENTLE AND MANLY AND use our strengths for each other not against each other……
“nature teaches us — to RECOGNIZE , ACCEPT AND RESPECT what is given to us”.

so many of them are mixed — slavs, native siberians, and plenty of the mongols that were left after the mongol invaders and rulers of 3 centuries had their empire dissolve — as well as turkic peoples…and they ALL ”recognize, accept and respect” each other THAT Way — UNITED in their survival — according to them “IF WE WANT to live here and continue a civilization together”…they ”RECOGNIZE, ACCEPT AND RESPECT”.

which seems — when we all study the RUSSIAN manner of relating with countries :

on sovereignty, power, resources, limits, culture, religion, nationalities, politics, economics…defense, security, norms…habits..putin and the repeated statements from russia’s leaders – AND above all the way they demonstrate it in relations with others…

those words DEFINE the russian character of

turkey (and basically all countries) should learn THAT. 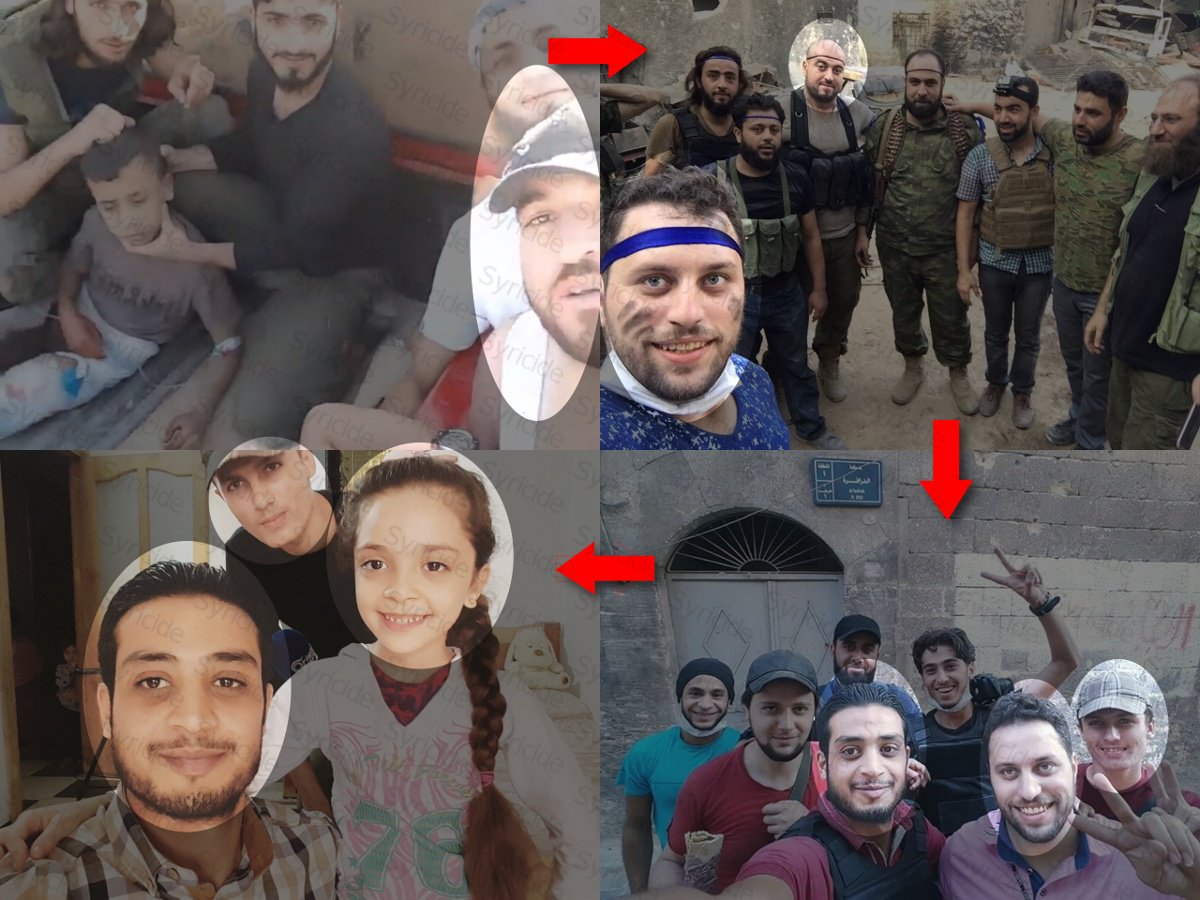 what a joke, shows the f u c k e d up world we living in, no shame from dirty turks, ottoman dream is over since aleppo is libirated

” moderate rebels “shaved the beard and escape to Idlib 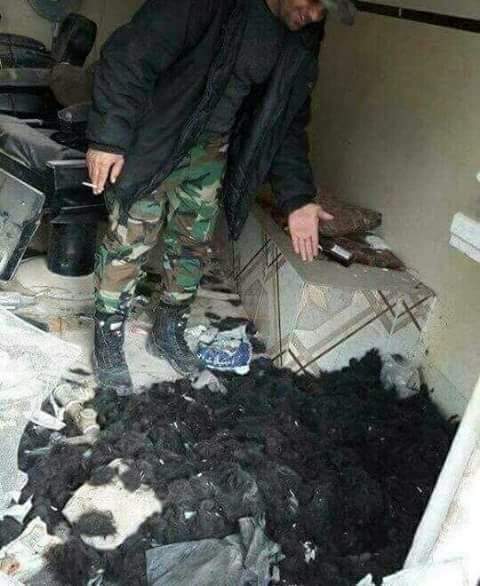 I hope Russia is aware what a rotten fish Erdogan is.

It would be nice to see Bana with Basar and Asma. And Bana telling the story haw she was abuse by terrorist for their propaganda.

(Hasan al-)Bana Alabed. Hasan al-Bana was the founder of the formerly Hitler-allied, clerical-fascist Muslim Brotherhood. The Muslim Brotherhood did the groundwork to create al-Qaeda in Afghanistan with Saudi money and assistance from US, UK, Israeli, Pakistani, and Saudi secret services. In 1942, Hasan al-Bana worked with the Egyptian Green Shirts fascist organization to attempt a coup that would have given Egypt over to Irwin Rommel’s Afrika Korps. Al-Bana was educated by the Egyptian Masonic Lodge, which may have had ties with the Italian P-2 lodge that played a central role along with NATO and staybehind Nazis and Italian Fascists in creating Operation Gladio (now active in Turkey) and in creating Permindex, which brought together the transnational-Nazi assassins who killed President John F Kennedy in Dallas, Texas in 1963.

wow — if that is the case — thanks for that information.

Do you see this Garbage? Erdogan is playing the “kiss the baby game :). All I could do was laugh at that staged picture. He reminds me of the white helmets,lol. Let us see how much this ACT helps you with your troubles at home. People are going to see right through you!