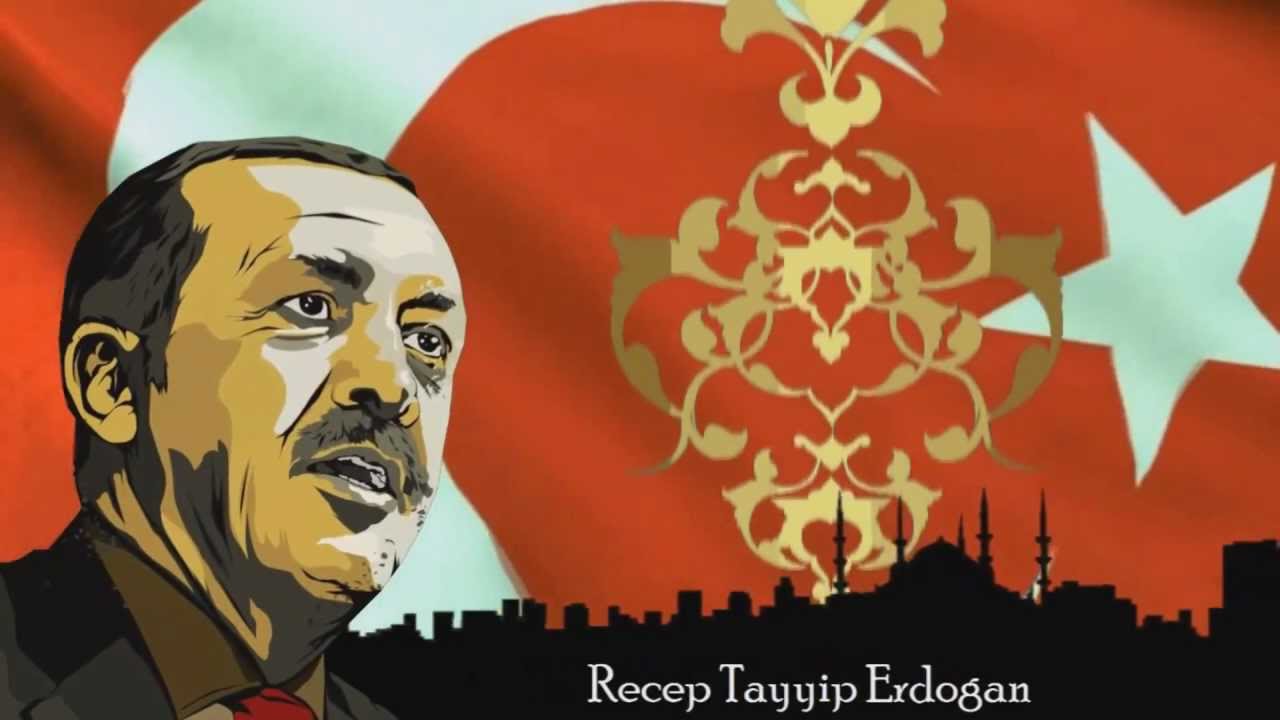 Days ago, Recep Tayyip Erdogan urged the second person in Turkey Ahmet Davutoglu, to leave all government and party posts. Indulgently he was left a deputy seat. There is something in which Recep Tayyip Erdogan really looks like a typical dictator. Any “second” person in the country is quickly and decisively removed after finishing useful work for the “leader of the nation” and starting to threaten his place. The Turkish Prime Minister was shoved off the political peaks in our southeastern neighbor. The famous Turkish blogger with the nickname Fuat Avni gave an accurate and advanced information on Twitter, about a month ago as he predicted the resignation of Ahmet Davutoglu. As of mid-April 2016, Recep Tayyip Erdogan convened a closed meeting in his new palace. His most loyal supporters were present. At this meeting it was decided to get rid of Prime Minister Ahmet Davutoglu, who was assessed to hinder “the transition of Turkey to a presidential form of government.” The Prime Minister is also the leader of the ruling party. At the time, there was another secret meeting. It was convened by Ahmet Davutoglu, and attended by supporters of the Turkish prime minister. It examined the possible actions of the government, in the event of a force majeure. After two secret meetings, events are developing very rapidly.

Ahmet Davutoglu was sent an unequivocal signal that he should leave the leadership post of the ruling party and in accordance with established practice, also the prime minister post. The management of the Justice and Development Party has decided to place an emergency congress for the political formation on May 22 2016. The party leadership denies its minister from existing the right to personally appoint the heads of regional departments of the ruling party. Recep Tayyip Erdogan is pulling the strings in the political formation, as he controls 2/3 of the Executive Bureau of the Party of Justice and Development. Ahmet Davutoglu immediately understood Erdogan’s signal, as he stated at a press conference on May 5, 2016, that he is leaving the the premiership in one month. He added with a straight face: “I will not present my application (for a leader of the ruling party).” Ahmet Davutoglu’s press conference is seen as a farewell of the prime minister, and he added: “The Justice and Development Party is now entering into a new era.” Ahmet Davutoglu denies that there is any personal conflict with Recep Erdogan and publicly states that he “does not want to leave any speculation on this issue.” Davutoglu added that: “A bad word never came out of my mouth against our president, and it will never”.

However, this is the public side in the relationship between the president and the prime minister in Ankara. In fact, even before the recent extraordinary parliamentary elections there was indirect evidence that Ahmet Davutoğlu will start playing as a counterpoint to Recep Erdogan. He is a dialogical prime minister to a scandalous president. The always smiling Ahmet Davutoglu gradually began to lead his own policy since 2014. In the last year his clashes with Recep Tayyip Erdogan became too obvious. The Turkish president was very annoyed by the fact that Ahmet Davutoglu began to negotiate about the migrants in Brussels too independently. According to information from the press, the Turkish Prime Minister suggested to Angela Merkel that Turkey will retrieve migrants which arrived in Greece after March 20, 2016, without consulting with Recep Tayyip Erdogan. Turkish journalist from Cumhuriyet, claimed that a number of responsible functionaries of the Turkish special services, army and foreign ministry, have become loyal supporters to the prime minister.

This fact has strongly “nurtured an anxiety among the presidential entourage.” The development of events in Turkey displayed that Recep Erdogan begins to lose the chance to reach his strategic dream – to push a new constitution and change the political system from a parliamentary-republican to a presidential one. On the other hand Ahmet Davutoglu’s influence as a Prime Minister of Turkey has increased excessively. Moreover, the Prime Minister recently stated that “changing the norm of governance in the country is not a top priority on the political agenda.” Ahmet Davutoglu allowed himself another move without the consent of Recep Tayyip Erdogan, which greatly annoyed the president. He began to personalty contact the leader of the opposition Republican People’s Party, Kemal Kilicdaroglu, who later declared that “Turkey needs a constitution, which allows it to get rid of the excessive influence of certain individuals.”

Of course the case personally pertains to Recep Erdogan. The picture would not be accurate if we do not emphasize that Davutoglu’s “courage” is proportional to the EU criticism addressed toward the Turkish president. On the other hand the Prime Minister is the author of “Strategic Depth”, which he perfectly prepared as a concept, but which, that thanks to Erdogan destroyed countries that were formed after World War I and the disintegration of the Ottoman Empire (Syria Libya, Iraq, etc.). Ahmet Davutoglu’s descent from the political scene in Turkey leads to a new stage in the development of the country. It will be linked to the enhanced personal power of Recep Erdogan. Most likely, Ahmet Davutoglu will be replaced by someone from the nearest surroundings of the Turkish president. Candidates for prime minister and leader of the ruling party, are Erdogan’s son in law, the Minister of Energy Berat Albayrak, the Transport Minister Binali Yildirim and the Justice Minister Bekir Bozdag. The option that the Turkish government will be headed by someone who is “totally unknown” is not ruled out.

It will be interesting if Recep Erdogan tries to “sacrifice” Ahmet Davutoglu and gift his head to Vladimir Putin, as to improve the badly deteriorated Russian-Turkish relations. In short, the Turkish prime minister is to be accused of being the main reason for the disaster in relations between Moscow and Ankara. The famous blogger Fuat Avni reported that Erdogan has instructed that a “file” is prepared, with which he can accuse Davutoglu of cooperating with so called “parallel structures”. That is to say, the people of Fethullah Gülen, who is the Americans man, and lives in Pennsylvania. Cemil Ertem, who was an adviser to Erdogan, hinted that he does not exclude early elections after Davutoglu leaves his post.

The recent events in Turkey are not a sign of a crisis in the ruling establishment. On the contrary, the crisis is resolved quickly and bloodlessly. The contradictions between Ahmet Davutoglu and Minister Recep Tayyip Erdogan have a personal, systemic and institutional nature. It is decided that Turkey will move toward a presidential form of government. For this purpose it is necessary to reformat relations between the prime minister and the president. Davutoglu is one of the fathers of neo-Ottomanism. He believes the idea is right and the execution is wrong, because Erdogan with his lopsided foreign policy moves. There is reason to believe that this is so. Ahmet Davutoglu leaving his post is also logical. He is not willing to bear more responsibility for the voluntaristic decisions of the Turkish president. Leaving can also be interpreted as a form of personal protest. Ahmet Davutoglu remains a “standard” member of parliament. In this case, he uses the formula – “stay low until the storm passes.” His decision is reasonable. He remains in a standby mode. This is not about a crisis in Turkey’s ruling party, but a problem that is solved through a traditional administrative scheme. The United States still regard Ahmet Davutoglu as the most likely successor of Recep Erdogan. Global media calls the Turkish President an Islamist dictator. At the same time there are no serious charges addressed toward Davutoglu. Turkish Prime Minister was scheduled to meet with Obama in Washington On May 5, 2016, but his resignation prevented that. Did Erdogan “trip” Davutoglu just before his planned official meeting with the US President? Remember that so far, all attempts by Erdogan to meet formally with Barack Obama, have failed or are reduced to an embarrassment.

For Bulgaria, Ahmet Davutoglu leaving will brings negatives in the future. The former Turkish prime minister tried to play by the rules of the EU. A conversation became public a few weeks ago, in which European Commission President Jean-Claude Juncker pleaded with Recep Erdogan to not forget that “in Brussels we treat you like a prince”. That is scary. Erdogan – a Prince of Europe!?! In Turkey he is called a “Sultan”, as this title goes quite well for an Islamic dictator who uses migrants as a bargaining chip and is preparing to destroy the continent. Time has shown that the worse the Turkish President treats Brussels, the more he enjoys influence in Europe. However Erdogan has made an invaluable service to Bulgarian public opinion. He’s the one that showed the whole world, including us, how the mechanisms of the European Union actually work. Waiting for Brussels to help in a critical situation, is like waiting for a letter from a dead man

EU begins to resemble a man who is so afraid of death, that he has decided to end his life by suicide. More and more people understand that there is something sinister happening in Europe. The core of European civilization is threatened. Yet few people realize that the sinister drama with the migrants is not organized by Angela Merkel or the faceless bureaucrats in Brussels. According to William Engdahl, the migration of people from Asia and Africa to Europe is initiated by a “clique of NATO-related think tanks.” Recep Tayyip Erdogan is only a “tool” in the hands of puppet masters. “Merkel’s plan” for solving the refugee crisis has been created, according to Engdahl, in the analytical center called the European Stability Initiative – ESI. On the site of the organization, it shows that it has centers in Berlin, Brussels and Istanbul. Chairman of the ESI is the Austrian sociologist Gerald Knaus. He lives in Istanbul and is a member of the European Council on Foreign Policy – ECFR, and is a collaborator of “Open Society”.

The Bulgarian office of ECFR is located in Sofia at the Centre for Liberal Strategies, chaired by Ivan Krastev. Bulgaria’s problem is the fact that Recep Erdogan as a “tool” of Washington’s global strategy, has an excellent opportunity to take advantage of the temporary protection of the US, NATO and the EU to realize Turkey’s geostrategic goals, formulated in the doctrine of neo-Ottomanism at the expense of Bulgarian national interests. Another threat for Bulgaria is Erdogan’s understanding of democracy. He once defined it as traveling by bus: when the bus drives you where necessary, it’s time to step down. In Bulgaria there is the still unregistered political party DOST, which has the demonstrative support of Recep Erdogan and the Turkish state. The project of an ethnic political party in the country, which is contrary to the Bulgarian Constitution, is championed as a defender of the Turkish minority in Bulgaria, which has long ceased to need protection in our country. The unregistered DOST is presented clumsily as a fierce “protector” of the Euro-Atlantic values ​​and is prepared to fulfill the role of a “scalpel” in the hands of Ankara, to intervene in Bulgarian political life.

The behavior of the Bulgarian government, national Assembly and president is disturbing. They increasingly resemble “limping horses” when it becomes necessary to protect the Bulgarian national interests from Turkey’s aggressive foreign policy. Most likely it will become even more aggressive and brutal in the coming months. The events surrounding the scandal with Lutfi Mestan, shows that Ankara has penetrated unacceptably deep into the Bulgarian state administration, economy, healthcare, media, special services and cultural and educational sector.