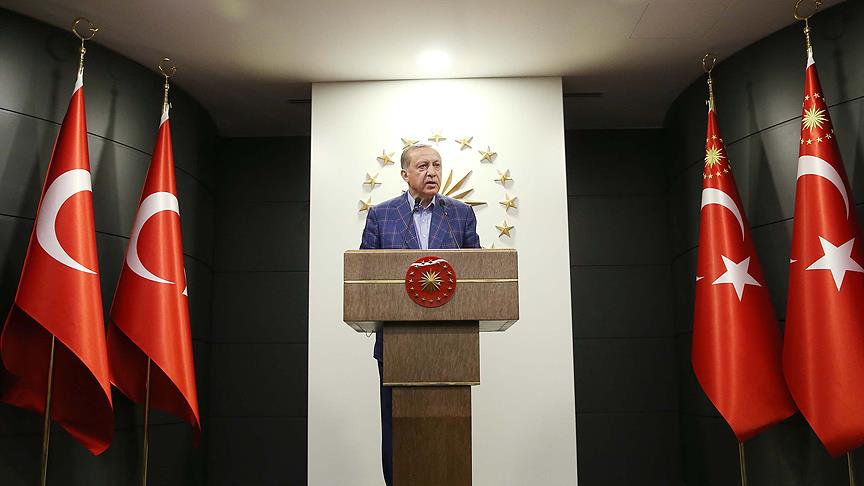 Turkish President Recep Erdogan has declared victory in the referendum on the constitutional reform package and congratulated the heads of political parties that supported the Yes campaign.

Erdogan called the ‘yes’ vote a historic decision by the Turkish people and said that the decision will benefit the country.

“Turkey for the first time in its history has decided with the will of the parliament and its people on such an important change. For the first time in the history of the Republic, we are changing our ruling system through civil politics. That is why it is very significant,” Erdogan said. 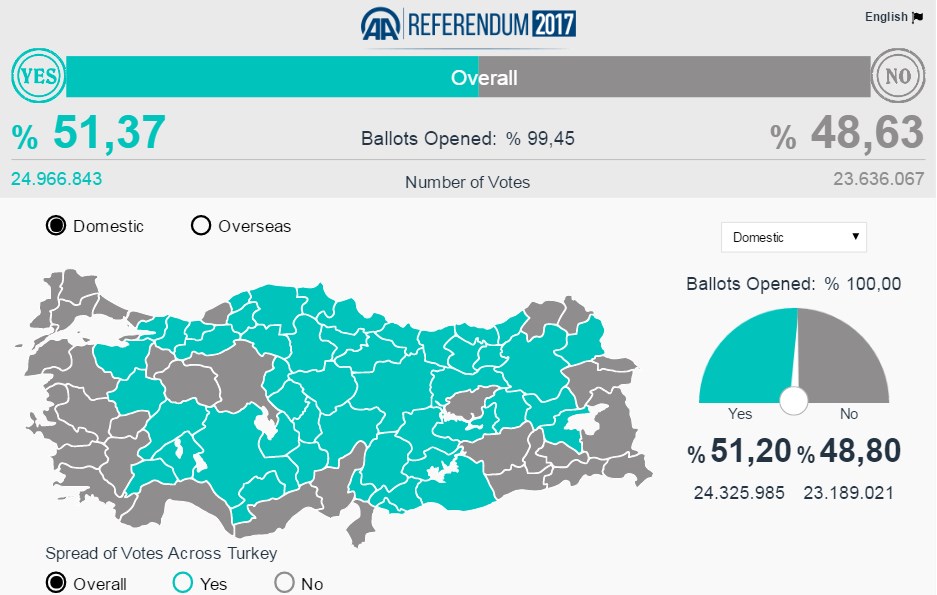 However, the situation is not so “clear” for the Turkish president.

“Despite the “yes” vote so far leading in total, the support for constitutional amendments was far from overwhelming in some regions of the country.

Less than 33 percent supported the expansion of Erdogan’s powers in the mainly Kurdish province of Diyarbakır, with the “no” vote standing at 67 percent, Anadolu agency reported after 90 percent of the ballots were counted. Similar moods were reported in the Izmir province.

The “no” vote is leading in the Turkish capital, Ankara, where 51.6 percent rejected constitutional amendments after 80 percent of the ballot counted, according to CNN Turk. Istanbul also looks to have rejected the reform,” the Russian state-run media outlet RT reported.

And he still barely won the referendum with the cheating.

Given that the Erdogan regime has been known to rig elections, it’s probably safe to assume the bill was defeated in reality.

So basically it was the Hillbilly regions of Turkey and the Turkish Diaspora in Europe that gave Crazy Erdogan the powah. What a shocker. 2 out 3 Turks in the Netherlands voted for Crazy Erdogan according to a recent poll. I guess all his antics and namecalling worked.

The Turks in my country voted Hayir which surprised me . Even if this referendum failed , Erdogan would have made another

This will make the opposition more fierce. This was hardly a strong result for the “Sultan”. The opposition will be on guard and will oppose any sweeping moves he tries to make. This may make his position even more fragile.

So the No vote won in Istanbul and Ankara? Perhaps the actual Yes vote was less than 50.00001 % A great Erdogan victory for sure :D

It doesnt matter . He won and AAS is applauding it . So much for being against dictatorships

This is getting ugly now. I feel sorry for all the modern, secular and progressive people in Turkey, and there is many. Unfortunately this neo-osman scum that is been ruling for the last 8 years is trying very hard to eliminate every political party movement other that neo-osman, Islamist Erdogan party. It’s shame to observe how a whole nation is plunged into a civilization reverse, revival of Imperialist appetite, Radical Islamism and a total dictatorship. However the West and USA don’t look very bothered, since Emperor Erdogan is in their camp. Human rights, freedom, elections, multiculturalism, election freedom and democracy are not applicable if It’s “our” team seems like. The hypocrisy is unmatched in Western media and government outlets.

The US considers Erdogan to be a pig that needs to leave office.

It does not look like this… They going to work together, to limit Russia’s movement, until they secure the Asian Front. That’s what I believe. As far as Sultan Erdogan, he will be alright if he doesn’t overdo the dish. While he Juggle between both sides, harvesting gains, he will try to restore and rebuild Turkey, as Islamised Regional superpower, restored version of The Ottoman Empire. And that’ a very old and persistently followed plan by the Turkish Elite in the last 60 years. They are very clever and cunning.

All rigged. Just like in Europe, all elections are rigged. That is why Marine Le Pen will be loosing in French elections, because it is rigged against her. A zionist will win who we do everything for Israel and Jews, and will continue the war against the indigenous tribal populations. https://www.dailystormer.com/